The Austin city manager has promised that the police department will be investigated. 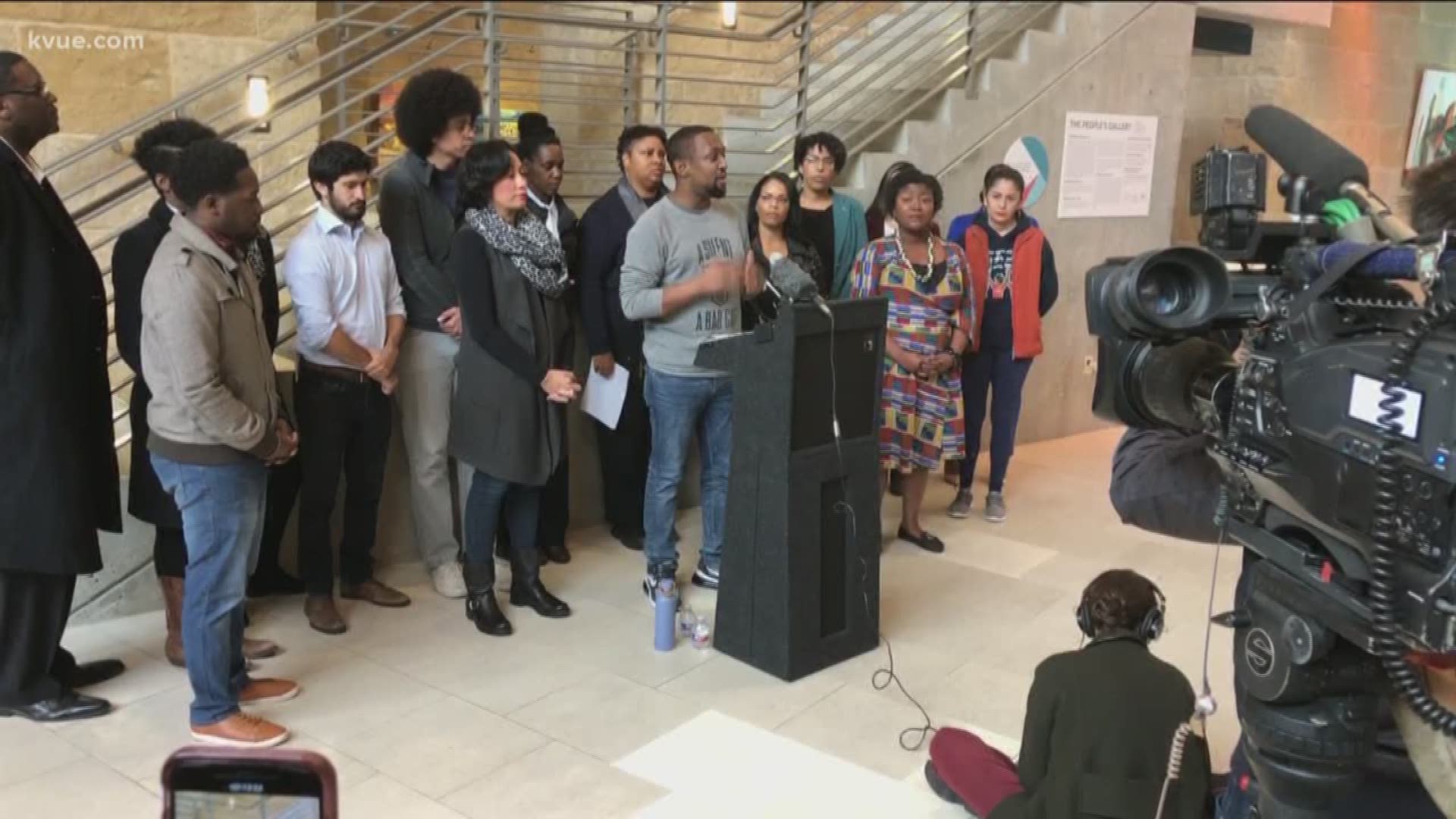 AUSTIN, Texas — Editor's note: The language used in the complaints detailed in this article is graphic and offensive. A prior version of this story incorrectly credited Assistant Chief Newsom's remarks with a different assistant chief.

In one complaint filed Oct. 30, the accuser alleges that Newsom used the "N" word to describe African Americans for "at least the last decade." The complaint states that there are text messages from Newsom that use the word.

According to the complaint, while advising that President Barack Obama had landed in Austin, Newsom said, "N----- one down." Another text detailed in the complaint said, "She is a dumb n----- but a nice lady," which Newsom allegedly sent about former District 1 Councilmember Ora Houston.

The complaint further alleged that leaders in the department, including Austin Police Chief Brian Manley, were made aware of his alleged racist behavior and failed to report it.

Another complaint filed Oct. 30 stated that Chief Manley may have also agreed to keep another assistant chief's alleged homophobic sentiments a secret.

An email chain showed Manley forwarded the allegations to the Police Monitor's Office the same afternoon he received them.

To read a copy of a complaint – which contains offensive language – that states Manley may have agreed to keep the other assistant chief's alleged homophobic sentiments a secret, click here.

On Friday, KVUE obtained an email sent by Manley to his department, outlining the timeline of his handling of the allegations.

In the email, Manley said he immediately forwarded the allegations to the Office of Police Oversight and city hall. He said he did not inform Newsom of this at any time.

In the email, Manley called the allegations "extremely offensive, inappropriate, unprofessional and racist" and apologized for what had taken place. He said he would fully cooperate with the investigation.

Newsom has apologized after the complaints came to light.

"I am aware of the anonymous complaint that has been filed against me. Although I don't remember having made the alleged statements, I have used inappropriate language in private conversations with friends," Newsom said in a statement. "Racial insensitivity is inexcusable and doesn't reflect my value, the values of our community, or the Austin Police Department. Despite using poor judgment, I hope my 23-year career as a police officer who treated everyone with dignity and respect will reflect my best intentions to serve this city. I sincerely apologize to anyone that I may have hurt with my actions."

"Each of us has a duty to be proactive when incidents of racism are alleged or arise," he said. "The manager is correct to initiate a third-party, independent investigation. The community needs to know and then deal with the truth."

Natasha Harper-Madison, who replaced Councilmember Houston to represent Austin's District 1, opened a press conference Nov. 8, following the complaints and Newsom's apology. Harper-Madison said the integrity of the investigation into the allegations must be a top priority.

"Who knew what? Who knew what and when did they know it?" Harper-Madison said. "Whose lives and careers were affected and how entrenched is racism is in our police department?"

She said that if true, the allegations point to a larger issue at the police department.

As the "sole black councilmember," Harper-Madison said, "Do you believe in what I'm standing up for? Then stand next to me. Fight with me to make this city the best it can possibly be."

The release of the complaint comes after Austin City Manager Spencer Cronk promised to hire an outside party to investigate allegations made against the police department. Cronk said in part "Racist language, slurs, intolerance, and derogatory behaviors are completely unacceptable in our community."

The city manager said he was "saddened to have received these anonymous allegations, and I intend to fully understand if there is any truth to them. If there is, I will take appropriate action."

The former assistant chief, who had been with the APD for 23 years, abruptly retired on Oct. 31.

'I think her last heartbeat was when we got her out of the car': Dallas police failed to give medical treatment to woman who died in custody