More than 1,000 Central Texas high school seniors came together for a college signing day. They also took time to honor a special senior whose life was cut short. 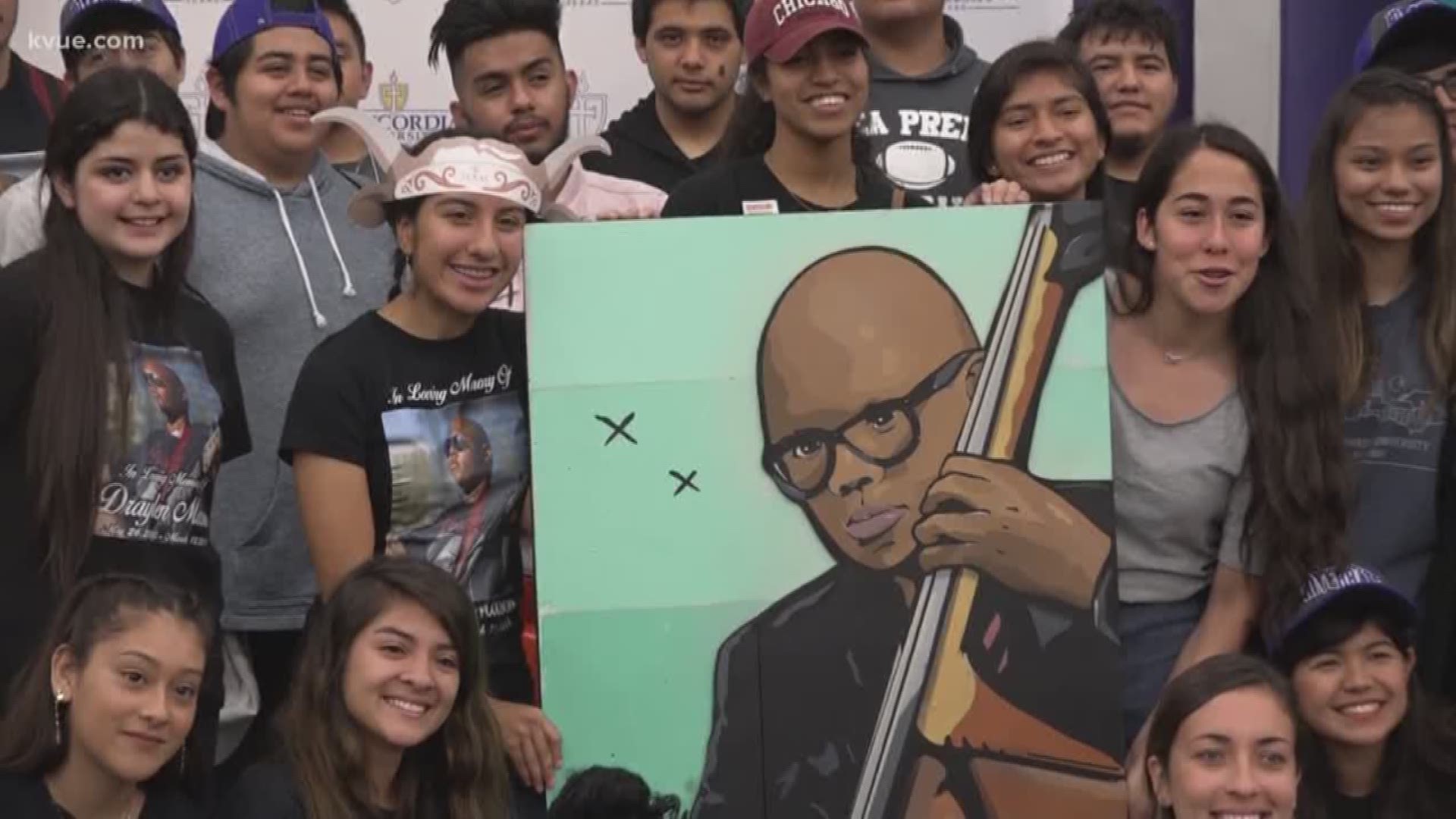 AUSTIN – As they get ready to start the next phase of their lives, a room filled with graduating high school seniors honored the life of Austin bombing victim Draylen Mason.

More than 1,000 high school seniors from 24 schools across Central Texas came to Concordia University on Friday to commit to college.

"They get to see that they're not alone, that they're a part of a collective,” said Isaac Torres, E3 Alliance.

Students signed their names and read a pledge. They even danced with local artist SaulPaul. But in the midst of all this excitement, there was a moment of silence to remember a graduating senior whose life was cut short.

Mason was accepted to the University of Texas Butler School of Music and his close friends at East Austin College Prep said he would have loved to be here.

“For Draylen, this would have been a special moment for him to spend with his friends obviously because we're going to different school he would have been taking pictures and making sure everybody had the right photo,” said Sharrel Prince, friend of Mason.

"He would definitely be running around talking to any and everybody here and probably stopped at all the college tables,” said Danielle Harris, friend of Draylen Mason.