"What message is it sending to the females that know it isn't being handled correctly? It gives them very little hope it's going to be better in the future." 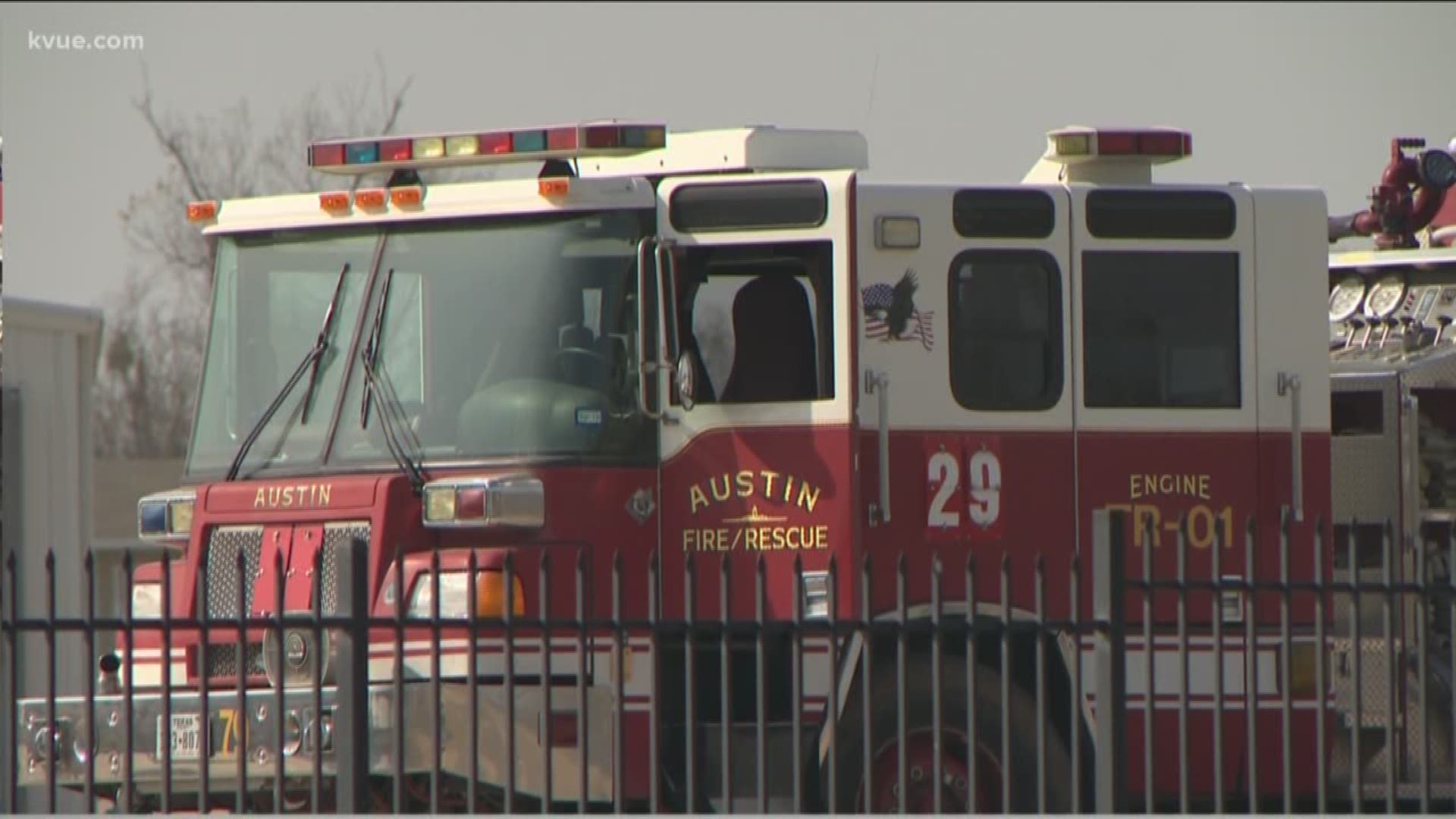 AUSTIN, Texas — The Austin Firefighters Association is calling out the Austin fire chief.

Its female membership and president don't think he can lead when it comes to gender harassment issues.

"He begins lobbing sexist comments at me from across the room," Jones said.

She's still talking about it, including to public safety commissioners just last week.

Ironically, Jones was teaching an anti-gender harassment training class when this happened.

She says fellow Captain Roger Scarcliff demeaned her in front of her own colleagues.

"The next day, I was going to be teaching them a class between two very degrading words that are used towards women, that I would be teaching a class the difference between those two terms ... Obviously I was very upset," she told commissioners. "They left for the day and I cried in the bathroom."

Captain Scarcliff ended up getting a day off as his discipline after Fire Chief Joel Baker intervened and called it horseplay, despite department investigators finding Scarcliff violated its gender harassment policy.

RELATED: Austin firefighter opens up for the first time after being filmed in fire station bathroom

Fast forward to Tuesday, where a spokesperson for the chief now says he "emphatically regrets" using the term horseplay.

"There are firm policies in place – and new programs in the pipeline – to address instances of gender discrimination at Austin Fire Department whenever they may occur. Next year AFD will launch a training initiative to continue addressing prejudice, bias and oppression, and to continue fostering an environment that encourages dialogue about subjects like sexism.

"AFD has also begun the process of revising its harassment policy to bring it in line with those of Austin’s other public safety departments. This includes a commitment that all sexual harassment cases will be investigated by a third party, alongside robust protections for those who report harassment. The City's Human Resources Department is exploring more broadly how to provide in-person training on sexual harassment and discrimination for all public safety uniformed employees.

"Gender discrimination in any form is totally unacceptable, and the city manager has confidence in Chief Baker's ability to tackle it."

That doesn't sit well with Jones.

Bob Nicks is the president of the Austin Firefighters Association. He said it sends the wrong message.

"We should be admitting our mistakes; we should be finding the best ways to solve it; we should atone for what we've done and we should move forward. But when you double down and say you think Chief Baker has the ability to tackle this problem, what message is it sending to the females that know it isn't being handled correctly? It gives them very little hope it's going to be better in the future," Nicks said.

"If I were a woman looking for a job in any of the public safety agencies right now, I would be looking at this climate. I would be looking at the women coming forward and saying, 'This happened to me – they didn't listen to me,' like we heard in our last public safety commission meeting. They didn't even label it harassment once it hit the chief. That's problematic. It needs to stop," Hollis said.

The Public Safety Commission has recommended a list of reforms for the council to implement at the Austin Fire Department.

KVUE reached out to every Councilmember.

"The recommendations from the Public Safety Commission directly address the barriers that Captain Jones experienced when she had the courage to raise these harassment concerns. We must listen to women when they tell us that the disciplinary process for harassment complaints in the fire department has much room for improvement.

"I hope to work with the city manager to implement these reforms to our disciplinary process, and I would support a Council resolution to implement them if that is what’s needed."

"It is frustrating to continue to hear stories of harassment coming out of traditionally male-dominated City of Austin departments, particularly when we are supposed to be improving our recruitment methods for disenfranchised groups.

"The City should be leading on efforts to make everyone feel safe in the workplace, but it's clear that we have a lot more work to do. I support the Public Safety Commission's recommendation to examine the Austin Fire Department's complaint process."

Council Member Greg Casar said, "My office is taking this testimony very seriously. We will be looking into it, asking questions and exploring any and all measures necessary to address issues of sexual harassment."

"As the lead sponsor on the resolution to strengthen our City's anti-sexual harassment and discrimination ordinance in 2016, I am deeply troubled by these reports and will actively monitor these investigations to ensure that no City employee has to experience any form of harassment or discrimination at work.

"If changes need to be made to the City's current policies, I would support the city manager in implementing such changes."