The incident happened last month during a basketball game at the school in northwest Austin, according to a Round Rock ISD spokesperson. 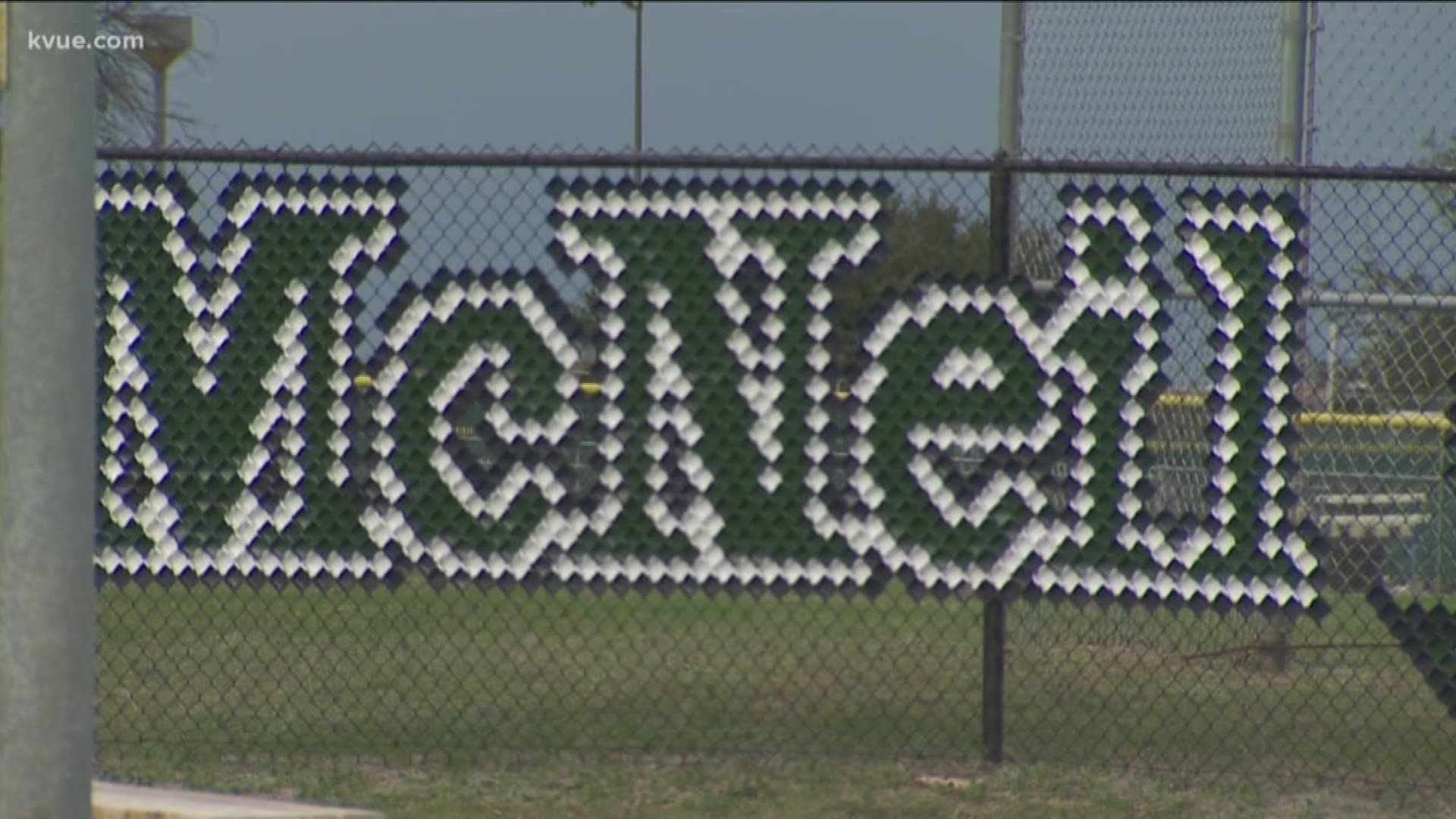 AUSTIN — Three McNeil High School students are each facing a class C misdemeanor citation for stealing animal crackers and a jar of pretzels from the staff lounge.

The incident happened last month during a basketball game at the school in northwest Austin, according to a Round Rock ISD spokesperson.

However, the mother of one of the boys claims she didn't find out about it until Tuesday.

"I said, 'You're going to court for taking crackers out of the teacher's lounge?' He was like, 'Yeah, [the coach] just told me right now,'" Shirelle McMillan told KVUE, recalling the conversation with her son.

According to the school district, McMillan's 15-year-old son and his two friends entered the unlocked school building during the school's basketball game and made their way into the staff lounge, which requires a badge. A custodian had left the door propped open.

"They were like, 'Let's go in. I think it would be cool if we go in and get it.' Just being dumb teenagers, not doing what they're supposed to do," McMillan said.

Inside, surveillance cameras caught the teens taking the crackers and pretzels from the lounge, the district spokesperson said. The custodian saw the students and told the assistant principal.

The following day, school administrators identified the students in the surveillance video and took their statements. A school resource officer then cited them each with a class C misdemeanor, which is the equivalent of a traffic ticket, according to the district.

McMillan said she found out about the citation on Tuesday, several weeks after the incident happened. While she understands what her son did was wrong, she doesn't think it deserves a visit to court.

"They were over-criminalized for something that did not fit the crime for that incident," she said. "It would've been better, more effective, had I known in that moment, right away, and I could've made the punishment."

"Maintaining safe and secure campuses, which includes enforcing the Student Code of Conduct, is a priority in Round Rock ISD. District administration is reviewing how this incident was handled to ensure all appropriate processes and procedures were followed. The incident involved three students who all received Class C misdemeanor citations. The students were in the school building in the evening, entered an administrative office area that is restricted, and took items out of a staff lounge."

"He's not a bad kid. He's always been in sports. A/B student. Never got in trouble," McMillan said.

In addition to a citation, the school district said all three boys received Saturday detention, although McMillan said she doesn't recall her son serving that detention.

She hasn't yet received a copy of the citation, but when she does, she said she plans to fight it.