'I ignored their warnings until I couldn't': Why one former police officer credits his doctor, who is also a cop, with his life

Cody Smirl felt healthy. He had just run a half marathon with his daughter. Then he learned he needed emergency bypass surgery. 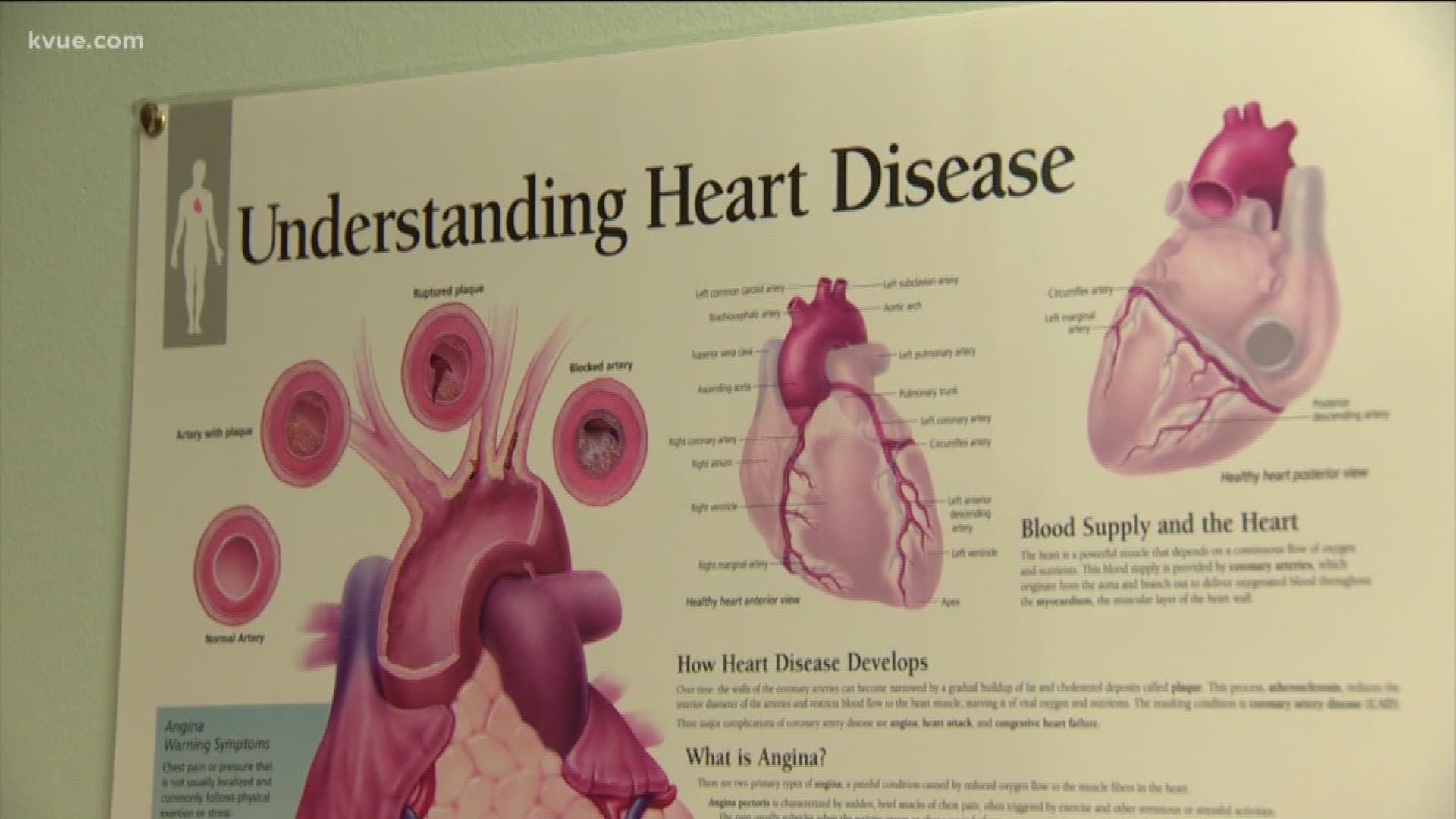 AUSTIN, Texas — Cody Smirl started as a police officer in 1993. He now works as chief of criminal investigations for the Attorney General’s Office.

"Law enforcement officers kind of have different risks associated with the stress involved with their jobs," said Smirl.

He learned more about that stress and risk when Dr. Jon Sheinberg came to speak with them. Along with being a cardiologist with Baylor Scott & White, Dr. Sheinberg is also a lieutenant with Cedar Park Police Department.

Smirl ended up seeing Dr. Sheinberg for a checkup.

"He said that really my overall cholesterol wasn’t bad, but it was the ratio between my good cholesterol and my bad cholesterol, and he wanted to prescribe medication – and he did," said Smirl. "And, like a lot of people, I didn’t heed that warning or listen to it, and I didn’t take that medication. I was working out, running, training for a half marathon that I was going to run with my daughter and showed no signs or symptoms of any issues."

He went on to run a half marathon last June. Soon after, Smirl said his family physician and Dr. Sheinberg found some issues with his heart.

"He came back and determined I had a 99% blockage on my LAD, which they also call a widow maker, and I needed to have surgery, a bypass, immediately," said Smirl.

"Had the family physician not heard the murmur, I would not have come in. Had Dr. Sheinberg not been persistent with the blood work and the echoes, the stress echo, and following up and being persistent, we would not have found the blockage," said Smirl. "I would have been another statistic of a person you hear about running a marathon that just drops dead."

"We've screened about 3,500 cops in Central Texas so far, and out of the people screened we found almost 50 some-odd – 54% to 55% – have already developed blockages that they are completely unaware of," said Dr. Sheinberg.

He said a police officer's life expectancy is 22 years less than that of the general population.

He encourages officers to start getting screened at age 40.

Dr. Sheinberg said heart disease is preventable. He encouraged everyone, not just cops, to get checked out by their doctors to see if there's anything that can be done before things get too severe.