On Tuesday, President Joe Biden said he wants every educator, school staff member and child-care worker to receive at least one shot by the end of this month. 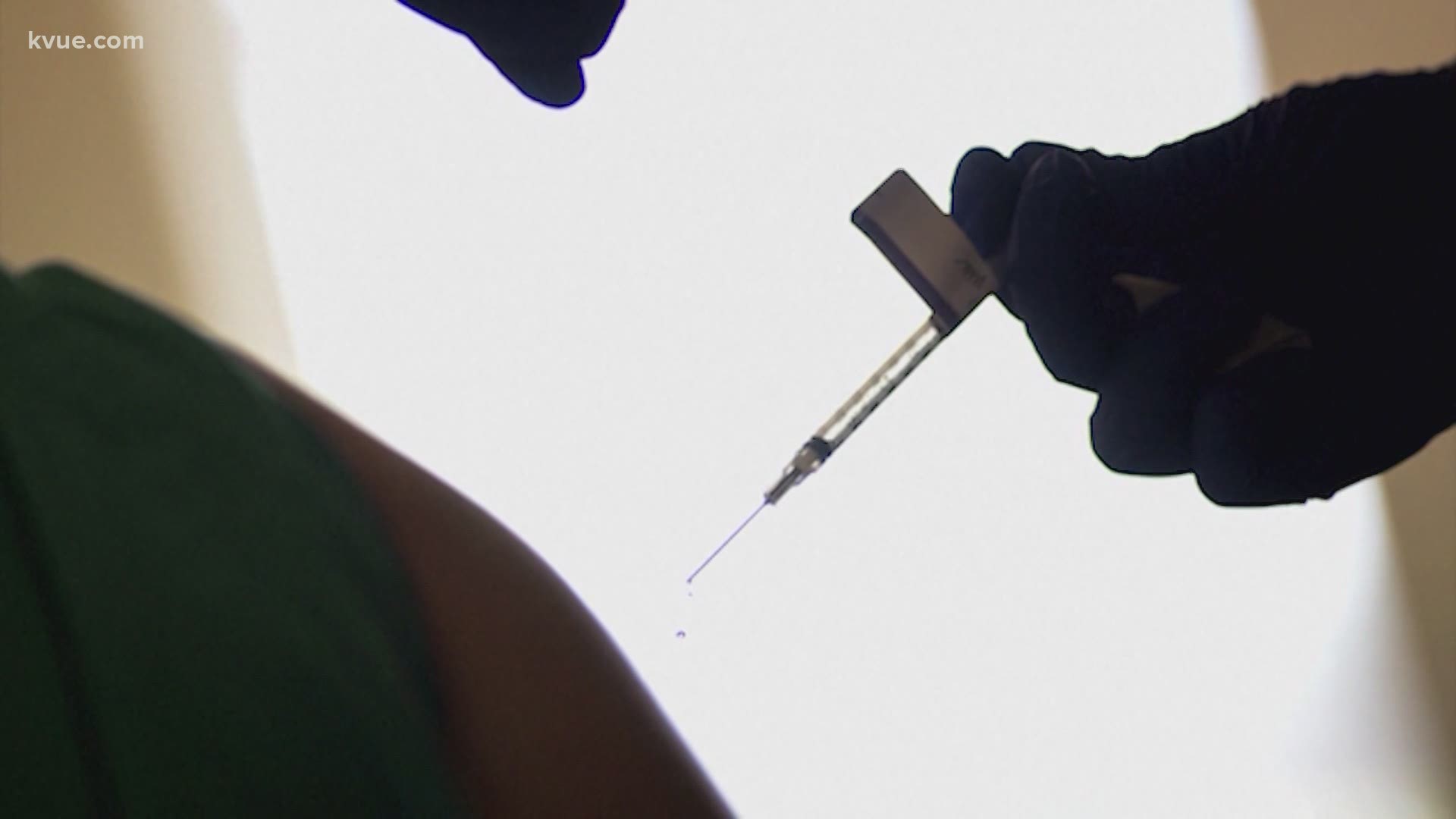 AUSTIN, Texas — The Texas Department of State Health Services said, as of Wednesday afternoon, school and child-care workers should be added to the list of vaccine eligibility effective immediately. DSHS said it notified all vaccine providers.

This happens just one day after President Joe Biden said in a tweet, "I am directing every state to prioritize educators for vaccination. We want every educator, school staff member and child-care worker to receive at least one shot by the end of this month. It’s time to treat in-person learning like the essential service that it is."

Central Texas teachers have been waiting for this for a long time and some tell KVUE it's a big relief.

In a press release, DSHS said it received a letter Tuesday night from the U.S. Department of Health and Human Services directing states to expand eligibility to include people who work in school and child-care operations. DSHS said the federal directive defined the people eligible as “those who work in pre-primary, primary, and secondary schools, as well as Head Start and Early Head Start programs (including teachers, staff, and bus drivers) and those who work as or for licensed child-care providers, including center-based and family care providers.”

DSHS clarifies that this does not change the other groups prioritized for vaccination in Texas.

"Providers are encouraged to continue their efforts to vaccinate older adults since the burden of COVID-19 falls most severely on people age 65 and older," said DSHS.

"We've been asking to have this safety, this peace of mind for the longest time," said Ovidia Molina, the Texas State Teachers Association president.

Molina said it shouldn't be a question.

"We have to have masks in our school buildings. We have to. We don't have the majority of our population vaccinated. We're glad that we're getting more vaccines in, but the reality is that even if the adult population gets fully vaccinated, we're still going to be in classrooms with students that do not meet the criteria for vaccination," said Molina.

When the Texas mask mandate is lifted, where will masks still be required by federal order?