While struggles to get the COVID-19 vaccine continue in some larger cities, rural areas are also seeing their fair share of problems. 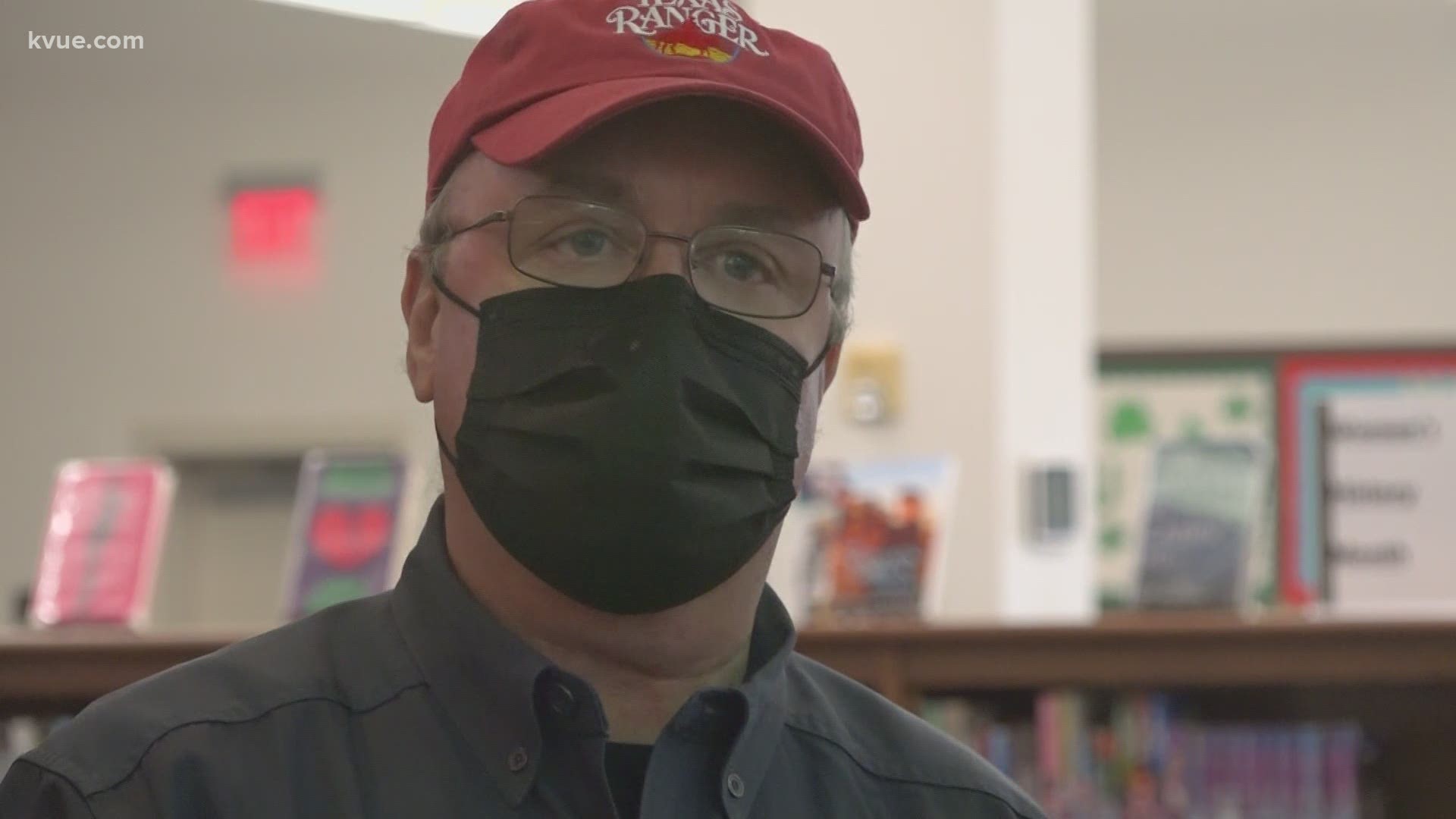 LEE COUNTY, Texas — Editor's note: The statistics in this story relating to how many residents have received a COVID-19 vaccine are subject to change.

Many people in larger cities across Texas have reported their struggles to get the COVID-19 vaccine.

Meanwhile, leaders in rural counties say even with fewer people to vaccinate, they're seeing their fair share of problems with the vaccine rollout too.

The graph below shows the percentage of those 16 and older who have gotten at least one dose by county in the KVUE viewing area. Lee, Caldwell and Bastrop Counties are at the bottom, with 12%, 11% and 10%. Towards the top are Llano, Gillespie and Mason counties. However, their smaller populations may play a role in those rates.

KVUE spoke to several rural Central Texas County leaders on Wednesday to discuss how they feel the COVID-19 vaccine rollout is going so far.

Credit: Andrew McKibbin
Percentage of 16+ population vaccinated (with at least one dose).

The Texas Division of Emergency Management announced last week Lee County would be part of a special vaccination initiative utilizing the National Guard.

The clinic took place on Wednesday at the Giddings Public Library, where 100 first-round doses of the COVID-19 vaccine from Moderna were scheduled to be given.

The demand proved to be high. Frank Malinak, the pandemic response coordinator for Lee County, told KVUE on Wednesday that within three hours of announcing the clinic, 100 eligible people along with 20 alternates were registered.

"We've had to turn people away here today who walked up and who came up wanting a shot," Malinak said.

Lee County Judge Paul Fischer said the vaccination event on Wednesday worked out smoothly, but they still have their concerns with actually getting supply of the vaccine.

"We're already talking about, you know, going to the next step when we're sitting in this county just trying to get our elderly vaccinated," he said. "I'm going to do everything in my power to make sure we can get our elderly taken care of and are disabled so they don't have to travel."

He added that he's reached out to other state lawmakers, and they've been helpful. However, the demand in the county is still present.

"It's a great demand for our smaller counties. I understand the problem that everybody is in the same position as Lee County is in," he said. "But I just feel that we're getting the short end of the stick here."

Judge Fischer and Malinak said traveling to get a vaccine if it's unavailable in a rural county has been a main concern.

"Some of these folks that have come in here today can't drive at all. Some of them can, some of them are still driving, but they are not going to be able to drive into a highly congested traffic area like Austin or even someplace like Brenham," Malinak said. "And some of the ones that aren't driving, it would be so difficult for family members to put them in a vehicle and have them in a vehicle for an hour or more getting to and from a location in a larger city. So that's going to be part of the problem that we've seen here."

As of now, they say there is no future plan for another large vaccine event like the one Wednesday, but they're working to get more supply into Lee County.

"We just don't want the rural counties to be left out to be forgotten," they added. "There's a lot of people out here ready to get this vaccine. We have calls every single day from people asking, 'Where can we go to get the vaccine?' And we understand that the supply of vaccine is limited. There's just not enough to go around – that just comes with the territory. This is an unprecedented medical operation, not just throughout the state, but throughout the nation. So we understand that."

Mason County has 26% of its population that is 16 and older with at least one dose of the COVID-19 vaccine.

Mason County Judge Jerry Bearden said when they first started taking calls from residents who wished to be vaccinated, they had a list of close to 1,200 people.

"And that's pretty good out of a population of well over 4,000," said Bearden. "The only problem we're having now is we may get an allocation of 100 doses one week we may skip another week."

Now, he says they're having the concern of receiving more doses of the vaccine, in order to keep their strong start going.

"We just need more," he said. "If we could receive 200 doses a week or 300 doses a week, we could probably within a month vaccinate everybody that wanted to be vaccinated here in the county. But so far, you get 100 doses every other week. It's a very slow process."

Overall, he said he understands why the process has slowed down for the county but is hoping to have more supply soon.

"I'm hoping that the Johnson & Johnson doses that are coming out will help expedite and make available more vaccines. But it's just a slow process because, you know, everybody has to understand these vaccines are going worldwide, not just the United States, not just Texas," he said.

Llano County has 18% of its population that is 16 and older with at least one dose of the COVID-19 vaccine.

"That's a concern that we have only probably for the 1Bs – we've only probably hit about 30% of the population as far as receiving at least one dose of the vaccine," he said. "And it doesn't matter if you're in a large city, a small city or a rural county, an urban county, you know, everyone needs vaccine at this time. So my hopes are that the State will recognize that before they roll out to the 1Cs that they reach out to the rural counties and they make sure that the 1Bs are taken care of in the rural counties."

He adds that Llano County as well as neighboring counties have accessible spots to receive the vaccine, but the problem, for now, is supply.

"So we're fully capable of distributing the vaccine. We just need more vaccine," he said. "I think at the end of the day, that's the biggest challenge that any of us face is is knowing what you're going to be allocated and when."

KVUE reached out to the Texas Department of State Health Services for comment. A spokesperson sent the following statement:

"DSHS is working to get vaccine equitably allocated to providers across the state. We've been getting more vaccine each week and that means more providers will get it.

"The supply of vaccine from the federal government is still limited so we are seeing demand for the vaccine exceeding supply everywhere."

The state recently announced the Save Our Seniors (SOS) program, which aims to vaccinate the state's homebound seniors.

Bastrop and Lee counties qualified for round one.

Who would (and wouldn't) get $1,400 stimulus check under Senate plan