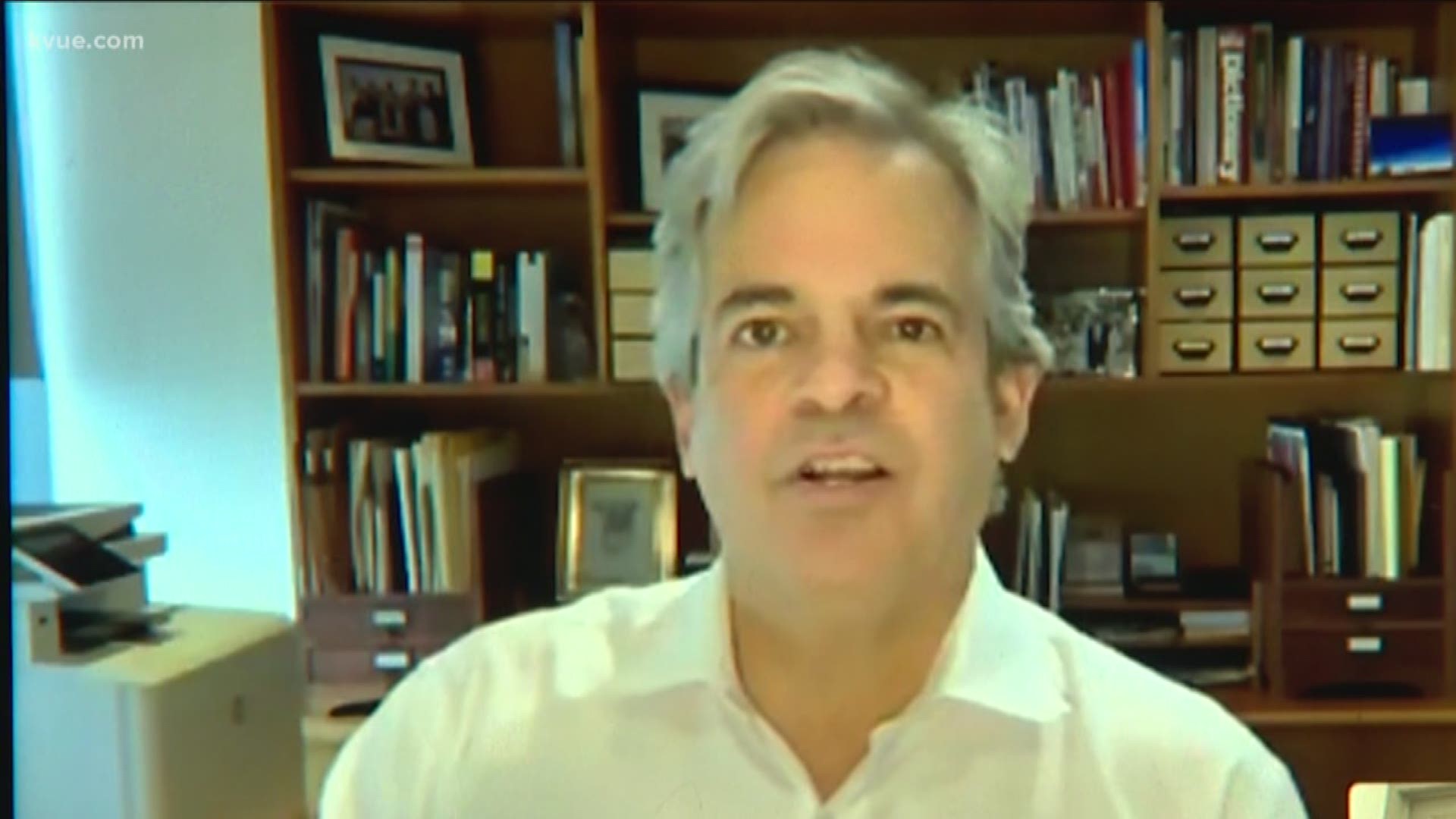 AUSTIN, Texas — During testimony on Tuesday, Dr. Anthony Fauci talked about the potential for serious consequences if states reopen too early.

"My concern is that we will start to see little sparks that might turn into outbreaks," said Fauci.

Austin Mayor Steve Adler spoke to KVUE in response to Fauci's comments, as Texas is one of the states that has begun to reopen.

Dr. Fauci warns of serious consequences if US reopens too soon

"I am less concerned about some of the things we are doing now to reopen than I am about giving us the time to be able to measure what the impact of those things are," said Adler.

Adler said he wants a chance for us to see the data and information before the next steps happen.

"I want to see a period of time that we reflect the new behaviors to see what's actually happening to hospitalization rates. But if we keep bumping up on openings every week, every week and a half, then we're not going to know what the impact was of the last bump-up before we made a new bump-up," said Adler.

Checklist: Hair salons, barbershops, nail salons and cosmetology salons can reopen May 8 with these guidelines

Adler said he's worried that it's not known what or which behaviors could cause a spike and cause hospitals to get overwhelmed.

He said Austin-Travis County is averaging 10 to 11 new hospitalizations each day.

"But if that number starts going up, if we start getting to 15 or 20 or 25, it's an entirely different story, and at that point our community is going to have to take action," said Adler. "But we’re going to have time to be able to do that, so long as we watch the data and everybody agrees to take the indicated action if we cross any thresholds."

RELATED: 'This is not going away': Mayor Adler encourages Austinites to avoid large groups, wear face coverings as Texas reopens

Adler encouraged people to continue to wear masks and keep social distancing if they want to see the economy continue to reopen.

"Then we have to do everything we can to reduce the transmissions that are occurring while we're doing this, which means that everyone should be religiously following the six-foot separation. Everybody should religiously be following the face covering," said Adler. "Because if everybody did that we have a much better chance of being able to reopen things."

It said, in a statement:

"Every action the Governor has taken to open the state of Texas is guided by doctors and data, as well as the White House and CDC guidelines. With regard to positive cases, the criteria laid out in the White House’s phased plan to reopen America specifically says that states can begin to safely open if there is “a downward trajectory of documented cases within a 14-day period OR if there is a downward trajectory of positive tests as a percent of total tests.” The state of Texas has clearly satisfied this criteria. On April 20th, Texas’ positivity rate was 7.2%. Fourteen days later, On May 4th, the positivity rate had fallen to 4.65%. The people of Texas continue to show that working together, we can contain the spread of this virus while gradually opening the economy. As we move forward, the state of Texas will continue to rely on data and the medical expertise of doctors to safely open up our state and get Texans back to work."

6-year-old boy was regularly locked inside a shed in Dallas, arrest warrants allege