According to the district, the map doesn't depict changes to 2019-20 feeder patterns, vertical teams or attendance boundaries. 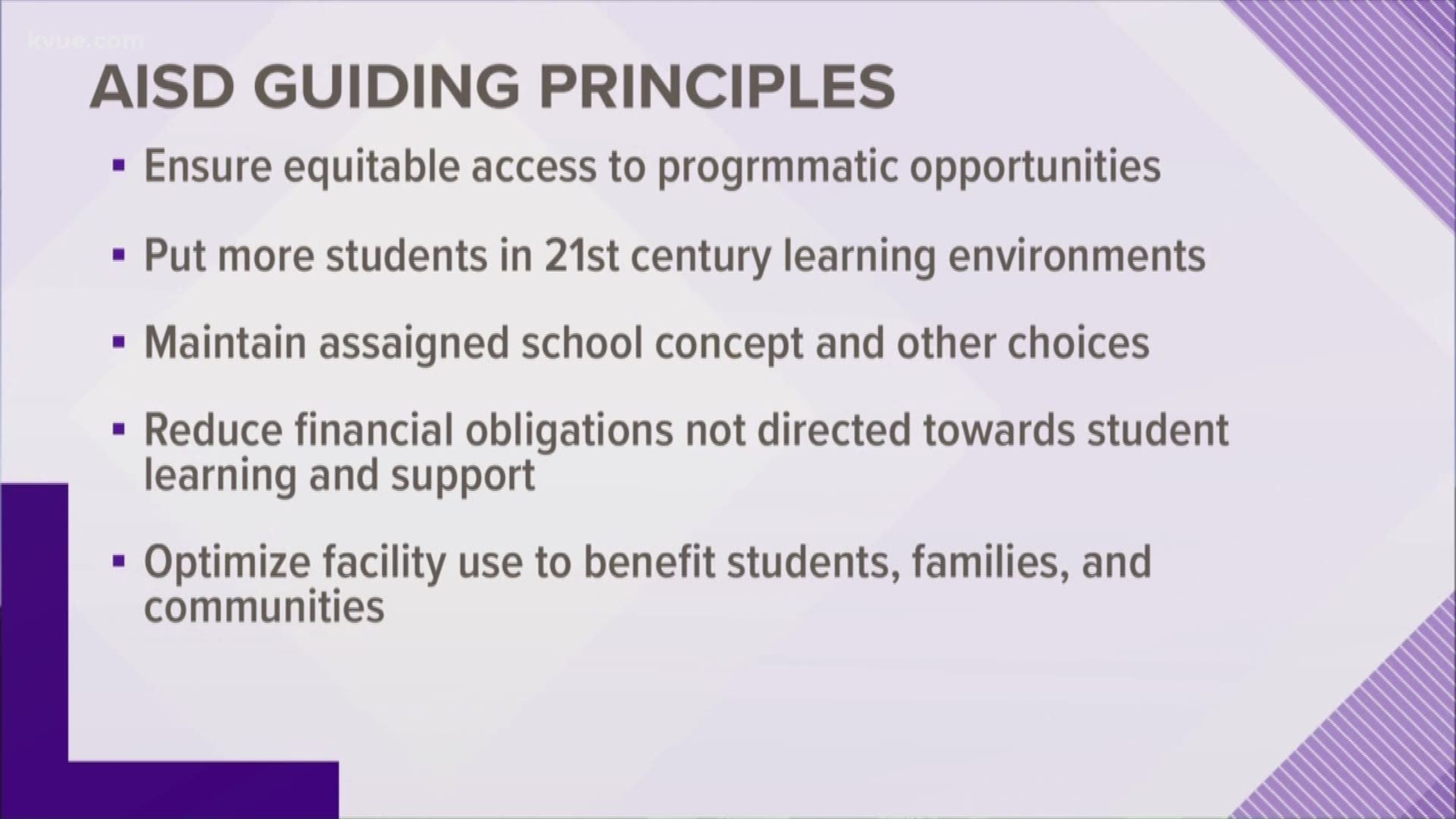 This new map is meant to be the starting point in the lengthy process to eventually close and consolidate certain schools by the 2020-21 school year.

According to Austin ISD, the map doesn't represent changes to the 2019-20 feeder patterns, vertical teams or attendance boundaries. Regions will be used for planning during School Changes Process, to which the district wrote the following on their site:

"While this process involves tough decisions like school consolidations and boundary changes, it will also make way for opportunities such as new, specialized programs, more equitably distributed across the district and repurposed facilities to meet other community needs."

In a Q&A with reporters on Friday, district officials explained their plan and the "guiding principles" that will be followed to make any decisions surrounding school consolidation or any other movements.

Goals include ensuring equal access to programs, creating 21st Century learning environments and keeping the assigned school concept, which is where students go to school based on where they live but options are allowed for special programs.

Austin ISD also wants to keep costs down for things not directly related to teaching students, and they also want to make the most of the facilities they have, even if they're no longer used as schools.

But again, these are just the guidelines for later this fall.

On Monday, the AISD school board is expected to vote on these principles for consolidations or what criteria they'll be using to help them decide which campuses will close.

It won't be until August that parents and students will learn which schools are on their list.

A final decision on what stays open or not is expected in October.

Timeline: When scattered strong to severe storms will be possible Saturday