One teacher reportedly told police she heard the dad yell, 'I'm gonna shoot up the school.' 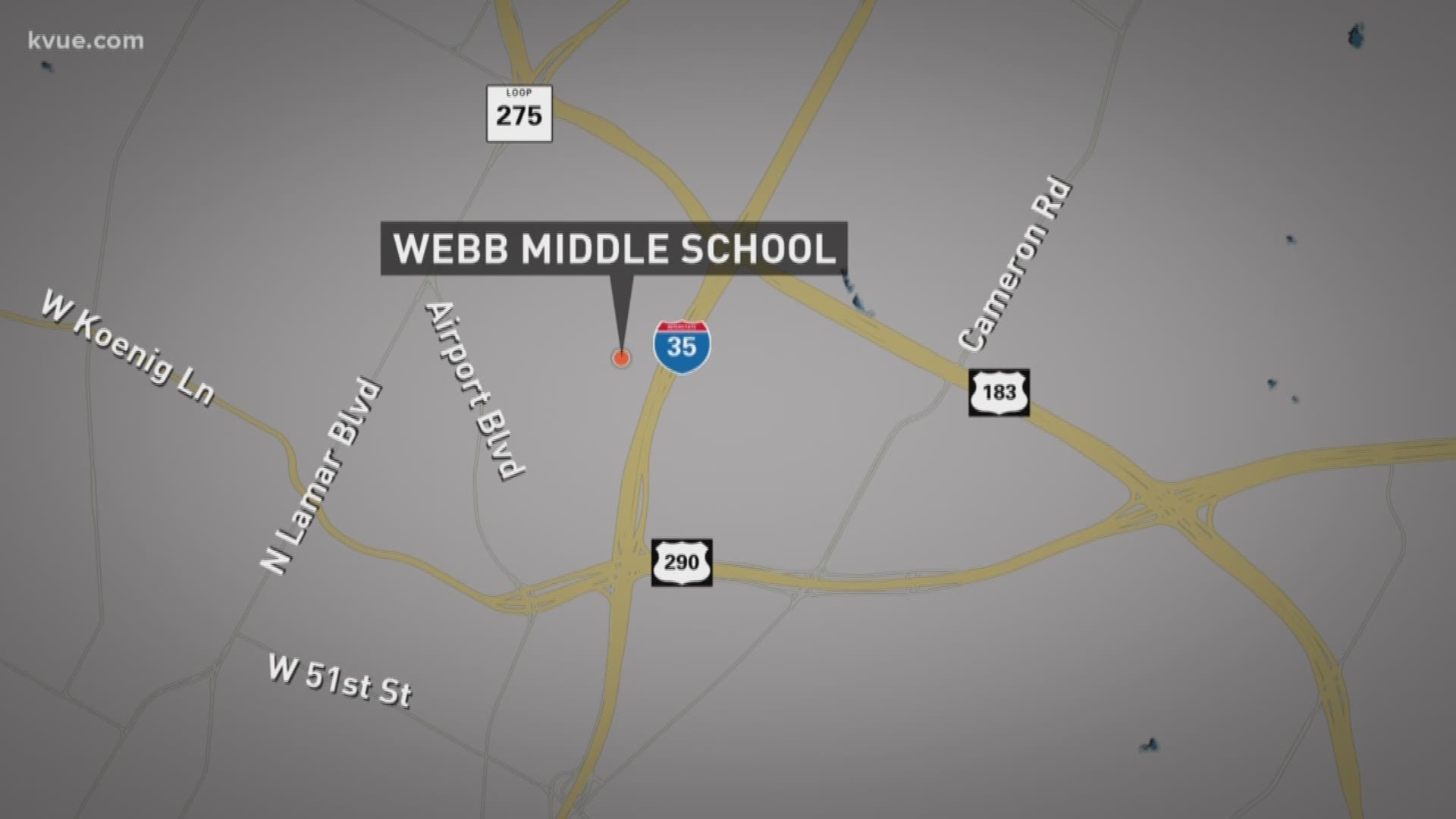 AUSTIN, Texas — A father has been charged with terroristic threat after he allegedly went into an Austin middle school to fight two young students.

According to an arrest affidavit, police responded to Webb Middle School on March 14 after receiving a report that an adult was threatening the staff and school with violence. The school's principal was notified that Israel Machado, 32, and his 18-year-old stepson were on their way to the school to "beat up the two students," police said.

School officials then took the two students to a safe place to keep them from getting hurt, according to police.

When Machado and his stepson arrived, school officials reportedly told them to leave, but they refused and even made threatening comments towards them.

Credit: APD
Israel Machado, 32, is accused of going to an Austin middle school to "beat up" two students.

Machado and his stepson then allegedly made their way into the school through the gym where Machado began shouting threats. One teacher reportedly told police she heard Machado say, "I'm gonna shoot up the school."

Police said Machado's history showed that he had previously been arrested for being a felon in possession of a firearm.

The two students Machado intended to "beat up" were transported to their homes by police, according to the affidavit.

According to online records, Machado is in police custody as of Monday afternoon. His bond is set at 30,000.