Police said the incident began Saturday as a disturbance call on Vance Street. 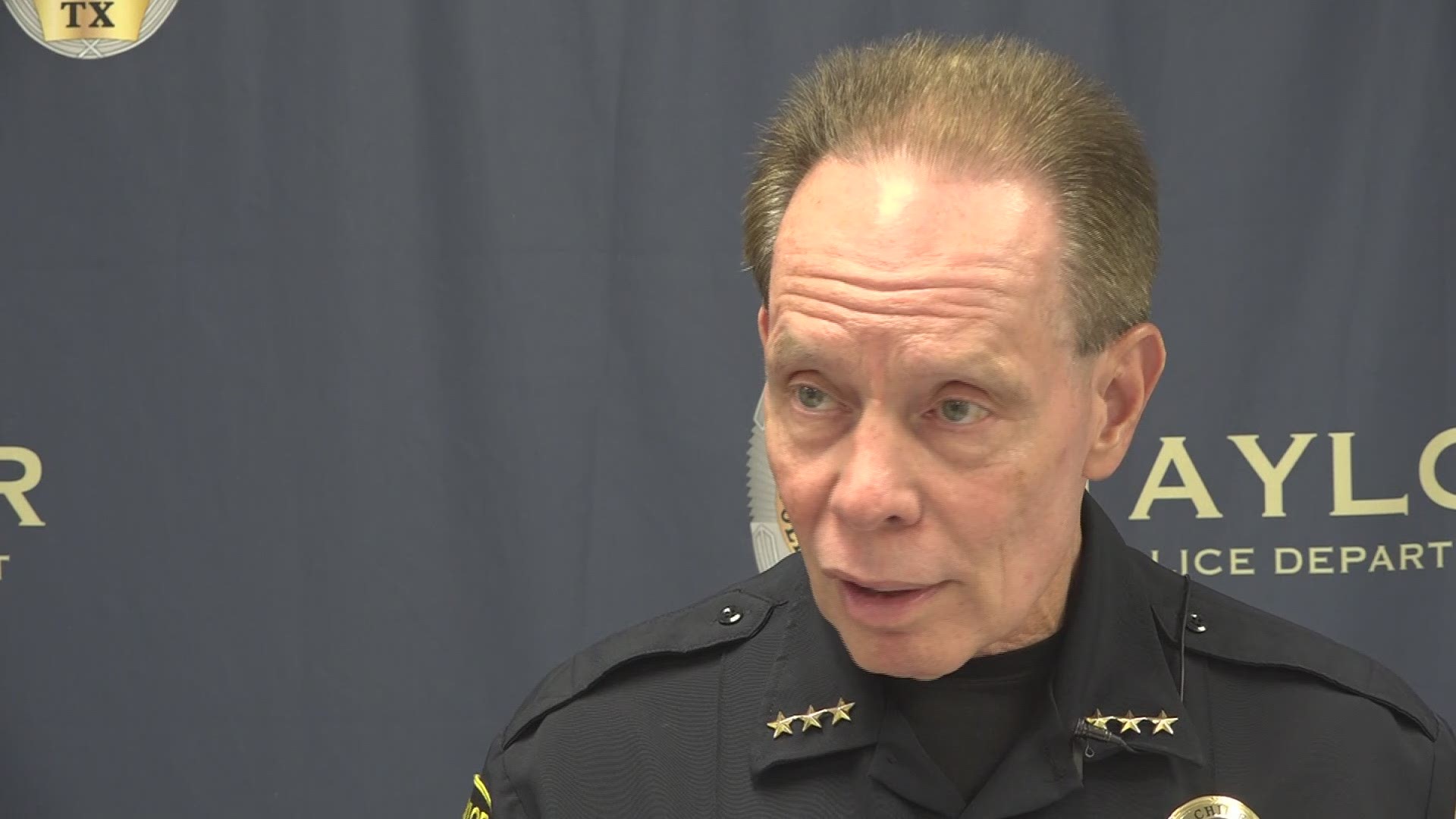 TAYLOR, Texas — Editor's note: The attached video is related to another story involving the Taylor Police Department published in June.

A man died Saturday after crashing his vehicle while fleeing from police, the Taylor Police Department reported on Monday.

Police were responding to a disturbance call at 308 Vance Street around 10:40 p.m. People on the scene pointed out the suspect, identified as 33-year-old Gabriel Dwayne King of Cedar Park, who was attempting to leave the residence in his vehicle when police arrived.

As police approached him and asked him to stop and pull over, officials reported he told them he would comply, but then he fled in his 2004 Mercury Mountaineer. Two police units then engaged in the vehicle pursuit.

Police said his car eventually went airborne and lost control at the intersection of West Third Street and Talbot Street. It then hit a curb, rolled on its ride side and ran over a stop sign at West Third and Vance Street. King was partially ejected from the vehicle, police said.

The Taylor Fire Department and Williamson County EMS responded, declaring King dead on scene. The TPD requested that the Texas DPS respond and investigate the crash.

According to police, the pursuit lasted about one minute, covering eight blocks. Taylor police units were not involved in the collision itself and no other injuries were reported.

Taylor police detectives will be investigating the disturbance that occurred prior to the pursuit.

This is Taylor's second fatal collision this year.