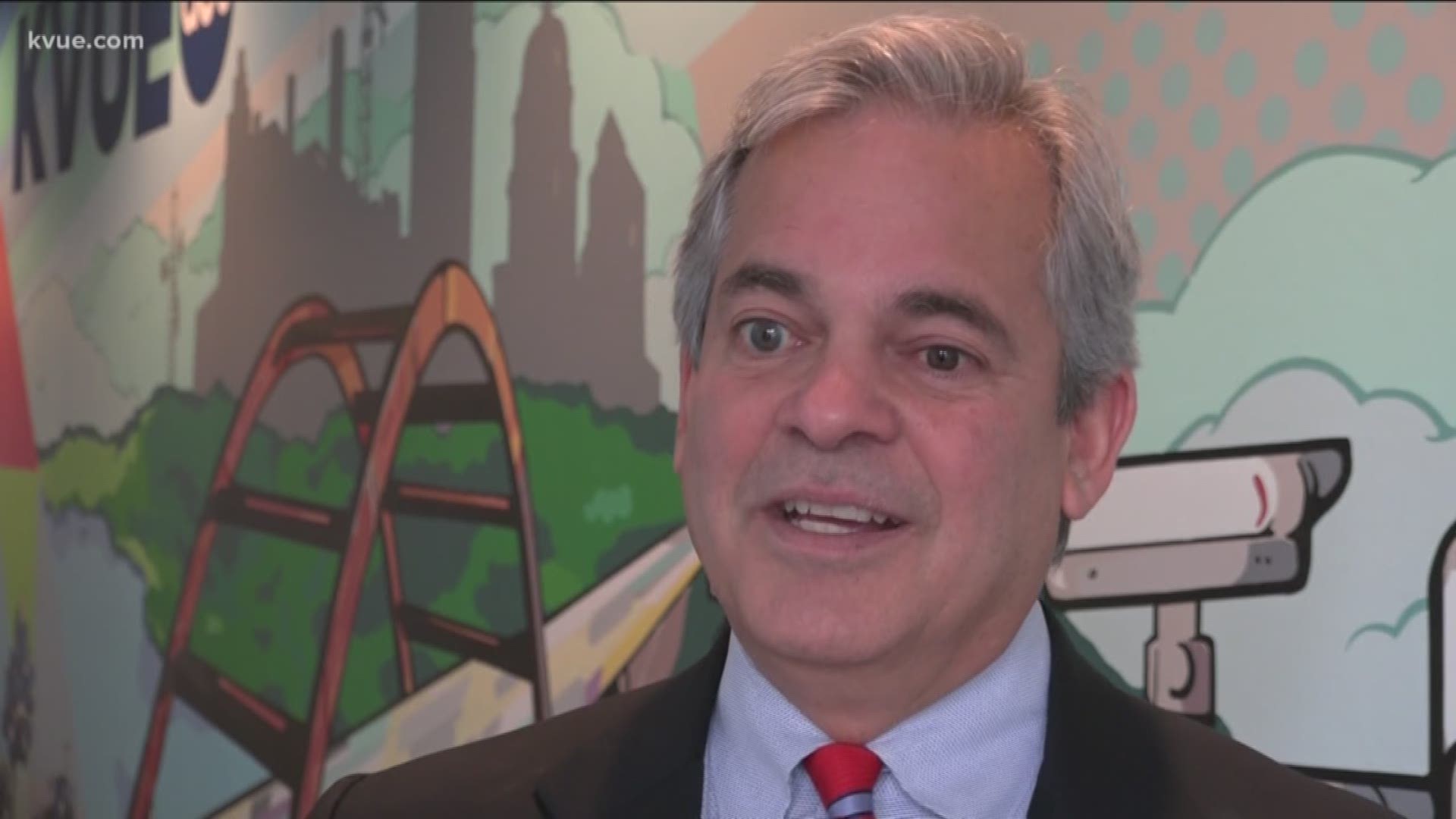 AUSTIN, Texas — A man was arrested on Thursday after he allegedly screamed at children that he had a knife and threatened to kill them outside a church playground on South Congress Avenue, according to an Austin Police Department affidavit obtained by KVUE.

Austin police located Damen Horner, 33, in the 1800 block of South Congress Avenue after receiving reports he had a knife and a large rock, according to the affidavit.

When police approached Horner, they said his hands were concealed in his pockets. After refusing to take his hands out of his pockets, according to the affidavit, an officer threatened to tase Horner, who police said continued to be non-compliant.

According to police, Horner began to backpedal and threw a large rock "approximately the size of a grapefruit" and a 4-to-5-inch knife down and continued to move backward.

As Horner made a quick movement to start running away, police attempted to fire a Taser at him, but it was ineffective due to a large blanket he was wearing, according to the affidavit.

Police said that as Horner was running, he decided to run across the street and was nearly hit by multiple vehicles. Another officer attempted to tase Horner, but it was again ineffective, according to the affidavit.

An officer then tackled Horner, landing in the southbound lanes of the 1700 block of South Congress Avenue, according to the affidavit.

A witness later told police he had confronted Horner during the incident where he was yelling at children at The Church on Congress Avenue located at 1511 S. Congress Ave. The witness told officers Horner threatened him as he was approaching and eventually threw the large rock at him, but it missed.

According to the person who originally called 911, there were approximately 30 to 40 children from the ages 2 to 5 on the playground during the incident. The caller told police "a homeless male," who police identified as Horner, was getting close enough to the playground's fence that he could have reached out and touched a child. KVUE reached out to the Austin PD to confirm whether Horner is a homeless man.

According to the affidavit, Horner has a violent history. Police officers have been called to the area of South Congress Avenue numerous times in the past in regard to Horner allegedly trespassing and threatening people. The affidavit also said Horner has a history of evading police and carrying weapons.

Gov. Greg Abbott responded to the incident on Saturday, blaming it on the city's leadership.

Mayor Steve Adler has said a recent spike in violent crime is not linked to homelessness.

"This new spike in violence is a serious concern," Adler told KVUE last month. "I support Chief [Brian] Manley's plan to increase our police presence again downtown – it worked last year and I believe it will work again."

On Saturday, the mayor's office issued a response to Abbott's Twitter posts, saying, "We remain focused on getting people homes and services. Constructive help from the state would include support for mental health treatment."

On Monday, Adler told KVUE the people who are homeless are also victims of crime.

"If you are experiencing homelessness, you are much more likely a victim of a crime than to be someone that perpetuates a crime," Adler said. "[It] doesn't do us any good to demonize those folks or create doubt or anxiety where the data will not indicate that should happen."

Adler also said a contract with a homeless consultant for Austin should be finalized shortly. The City set aside up to $95,000 for that position.

Horner is being held at the Travis County Jail on two charges: Aggravated assault with a deadly weapon and evading arrest. He is being held on a $35,000 and $5,000 bond, respectively.

Debbie’s husband lost his battle with cancer, but he made sure she got one final Valentine’s Day gift