According to court documents, as the victim passed Lormand while jogging, he lunged at her and grabbed both of her upper arms. 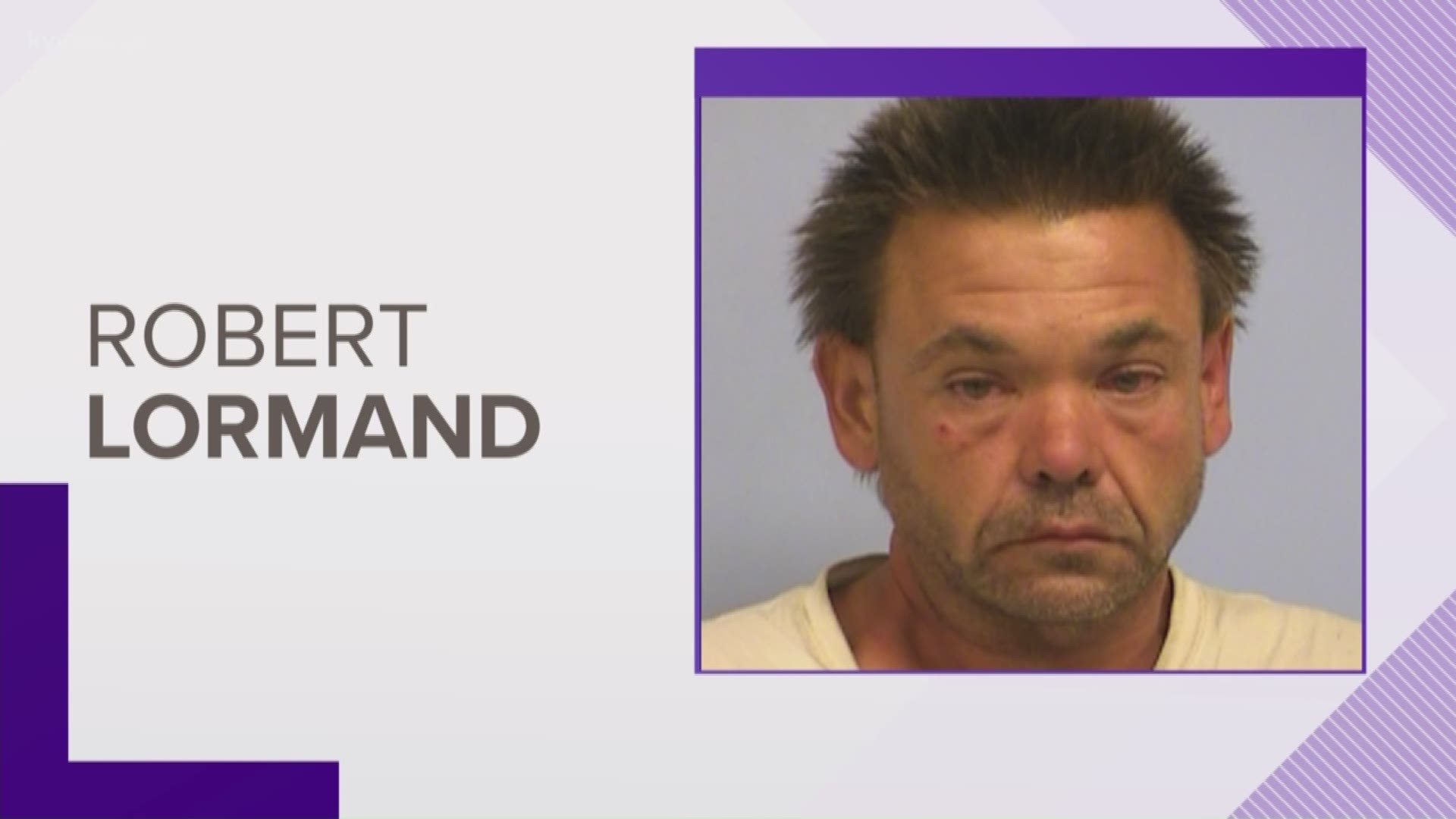 AUSTIN, Texas — The 41-year-old man who is accused of attacking a woman near a South Austin trail has been arrested.

A woman told officers a man tackled her at the Blunn Creek Greenbelt on East Side Drive on June 24. That suspect was identified by officials as Robert Michael Lormand.

Credit: APD
Robert Michael Lormand is accused of attacking a woman on a trail. This is a previous booking photo.

According to court documents, as the victim passed Lormand while jogging, he lunged at her and grabbed both of her upper arms. He then allegedly dragged the woman to the ground and used his forearm to pin down her upper chest. Police said that's when Lormand grabbed and squeezed the victim's crotch.

The woman reportedly tried to break free from him, but couldn't. Lormand allegedly grabbed the woman's throat and told her to stop screaming. He then told the woman he had a gun and threatened to kill her if she didn't stop screaming, according to an arrest affidavit.

The affidavit said Lorman then told the woman to go into the "wooded area" by the creek, but the woman was able to break free and run away.

Police said the woman ran to the nearest house for help and called 911.

Police said they were able to locate Lormand in the 1100 block of Fairmont Ave. and took him into custody on June 24.

According to online records, Lormand is in police custody as of Monday morning. He has been charged with kidnapping and his bond is set at $100,000.

The Sex Crimes Unit said this alleged attack at Blunn Creek is related to an incident at Travis Heights Elementary School earlier in the day that resulted in a lockout.

In that report, callers said there was naked man possibly carrying a gun. The subject was described as a skinny white man, approximately 5 feet, 8 inches tall, with dirty blond hair and a goatee.

In both incidents, callers said the man stated he had a gun but no weapon was observed, police said.

If you have any information about these incidents, call police at 512-974-5095. If you see anything that looks suspicious, call 911.

Man accused of assaulting, strangling former neighbor after offering her a ride

Because attacks like the one at the Blunn Creek Greenbelt can happen everywhere, KVUE met with Lions Krav Maga to find out what to do if someone comes after you.

"[Bad guys] can get a general feel for whether somebody is an easy target or a hard target. And there's always an easy target around the corner, unfortunately," said Jason Fryer, co-owner and lead instructor at Lions Krav Maga.

Fryer – who teaches Krav Maga, an Israeli self-defense system – said nearly half of his clients are women. Some of them sign up to get fit, while others sign up to learn self-defense.

"From somebody putting their hands on you to somebody grabbing hold of you, somebody tackles you," he said.

The group's focus is to teach clients how to avoid getting picked up by an attacker and how to escape.

In a demonstration shown to KVUE, the "victim" drops her weight and hinges forward so the "attacker" can't pick her up. She then hits the "attacker" in a way that allows her to turn around and continue to hit him.

"You can see her throwing elbows. The goal would be to hit them in the head," Fryer said. "As soon as you can get away in a situation like this, get away. Call 911. Yell for help. Get somebody to help you."

Fryer recommended runners pay attention to their environment and, if they use headphones, consider running with only one in your ears.

"You don't get to choose when the fight starts. So unlike stepping into the ring, touching gloves, getting ready to go, [the] bad guy picks the time, the place, and the mode, and then you have to react," Fryer said.

You can learn more about Lions Krav Maga at their website. A women's self-defense seminar is scheduled for July 27 at 2 p.m.