KVUE Daybreak masters the art of self-defense with Krav Maga

Krav Maga is a military self-defense and fighting system that was originally created in Czechoslovakia, but migrated to Israel. 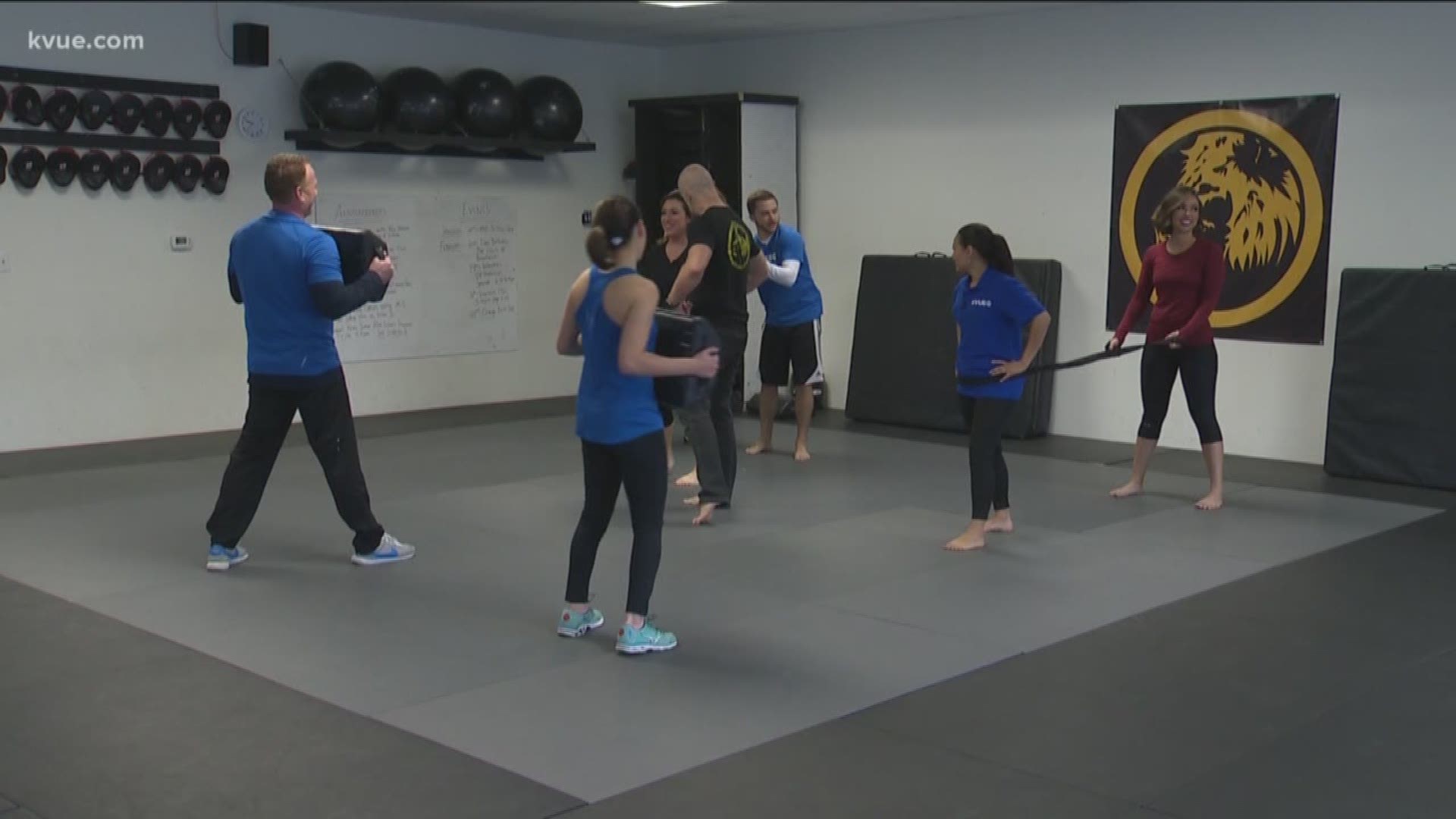 We took an intro course to Krav Maga with Lions Krav Maga in North Austin. If you're wondering what Krav maga is, it's a military self-defense and fighting system that was originally created in Czechoslovakia, but migrated to Israel.

At Lions Krav Maga, they train you for real life-and-death situations that could happen to anyone at any time.

"We are talking about self-defense. With all self-defense, you have to explain why you did the things you did. This is not a friendly thing. Please make sure you have a reason to do it if you have self-defense," said lead instructor and owner Jason Fryer. Jason owns Krav Maga with Katie Fryer.

In training, Daybreak focused on the basics such as how to hit an attacker, how to take someone down and how to stay out of the "line of fire" if someone has a fire weapon.

We also learned how to handle an attacker with a knife.

"This is a close range weapon and it's very very dangerous. You're going to get cut," Jason said. "The barrel is a long-range tool, so you have to make sure the gun is pointing away from you at all time."

"You have to be willing to go to that next level. You have to be aggressive. You have to commit to it," said instructor and owner Katie. "Give yourself permission ahead of time that if someone is threatening your life, you're not having to make that derision in the moment. 'What do I do, I'm not sure, how do I act?' Do something to the next level before they do."