For weeks, the coronavirus pandemic has taken a huge toll on the hotel and lodging industry, not only in Texas but across the country. 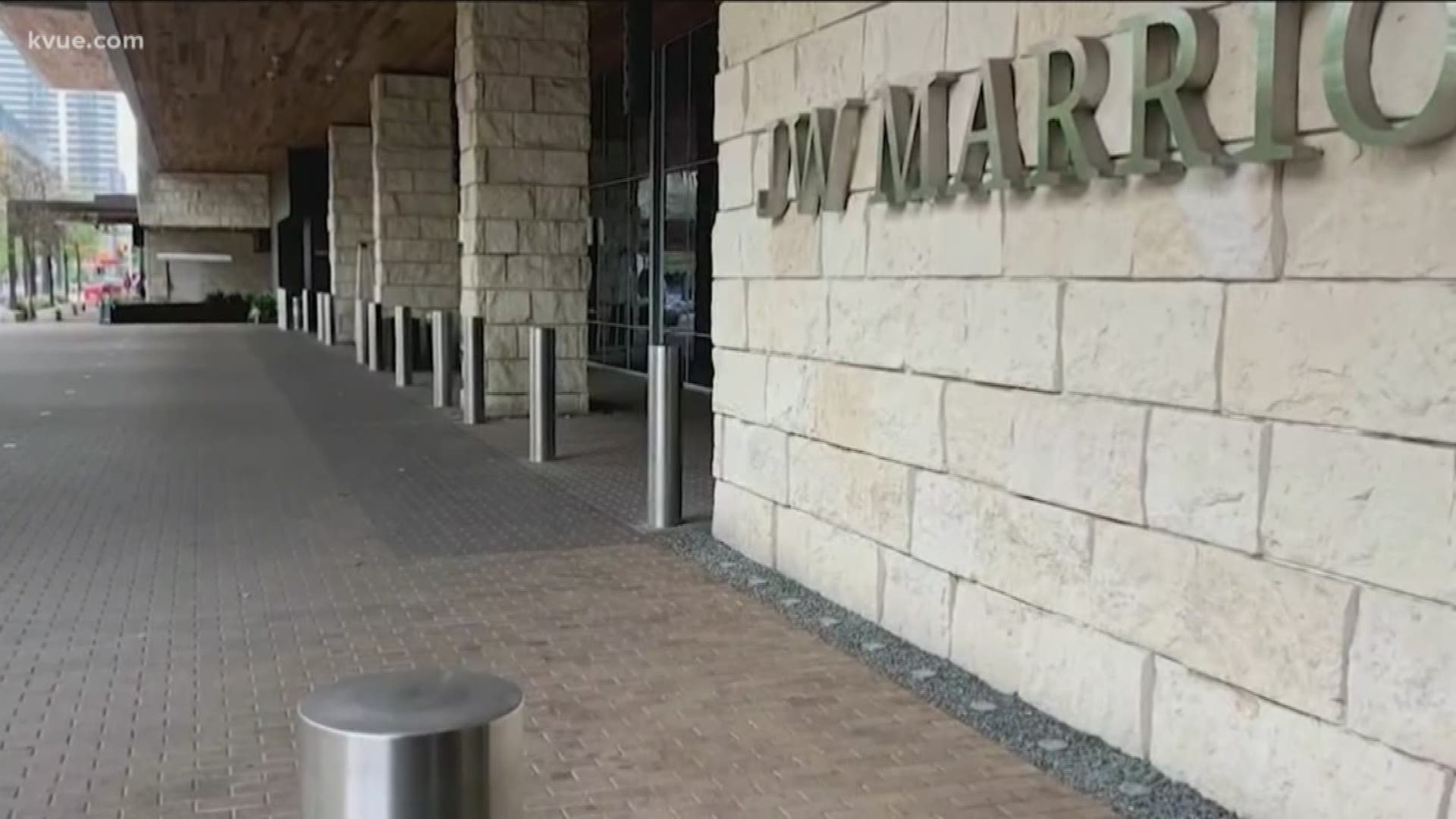 AUSTIN, Texas — According to hospitality data firm STR, hotel occupancy is down to just 3.4% in the Austin Central Business District for the week of April 5 to April 11.

Other statistics like revenue are also down. STR published data for the U.S. during the same week that also show low numbers for hotels across the board.

For weeks, the coronavirus pandemic has taken a huge toll on the hotel and lodging industry not only in Texas but across the country.

The American Hotel and Lodging Association, who cited STR, said as of April 15, nearly eight out of 10 hotel rooms were empty across the country.

"Since the public health issue began escalating in mid-February in the U.S., hotels have already lost more than $13 billion in room revenue," the organization said on its website.

The association also said it estimated nearly 4 million jobs in or supporting the hotel and lodging industry would be lost. That includes more than 250,000 jobs in Texas. You can view that data here.

“Basically everywhere else, we’re seeing unprecedented demand declines because of the lack of meetings, corporate transit and leisure demands and that leads to very low occupancy rates," said Jan Freitag, the senior vice president for STR.

Freitag said it's possible that when the industry begins to recover, leisure demand would be first.

"You know, once people get the semi-all-clear, the all-clear from the governor or from the mayor that it's OK to venture out, that they will drive to somewhere, maybe fly," said Freitag. "So whatever it is that drives safety in people's minds will drive travel behavior."

Frietag also said business travel would be the next type of travel demand that would bounce back. But regardless, it's possible that occupancy numbers could stay low for quite some time.

"It's certainly possible that this is definitely through April, very likely through May, probably through June, you know, because a lot of this has to do with who wants to travel, who is comfortable enough to travel," said Freitag.

He also said new hotels will continue to be constructed.

Texas Gov. Greg Abbott did not bring up travel or tourism much during his press conference on Friday, but a member of his special advisory council members for slowly opening back up the Texas economy includes Adriana Cruz, the executive director of the Economic Development & Tourism Division at the Office of the Governor.

When President Donald Trump announced his plan to slowly open up the U.S. economy in phases, he included non-essential travel in Phase 2.

Credit: Luis de Leon
The Aloft Austin Northwest has stayed open, but furloughed a majority of its staff.

“A lot of our hotels have closed and they have limited staff, sales staff, general managers, people like that working people like that trying to bring business back for the future and maybe some services staff," said Tom Noonan, the president and CEO of Visit Austin. “Is it feasible that we can see travel – start to see this travel come back in the end of summer, fall – yeah it’s feasible."

Noonan said it's still difficult to estimate when non-essential travel can return.

“It’s got to be based on how is Austin doing, how is Texas doing, how are we doing nationally,” said Noonan. "It’s devastating … so many people are out of work right now or furloughed right now and we didn’t see this more than a month in advance."

At the Aloft Austin Northwest hotel, owner Andy Patel said they've had to switch up the way they check-in and operate. They've also had to furlough a majority of their staff.

"Still running anywhere between 10% to 15% on any given night," said Patel. "We want to be open for business and have business back to normal, but at the same time we don’t want to jeopardize the staff or the citizens' safety."

Family of nurses staying in Austin hotel amid coronavirus outbreak

Patel said masks are required to enter the hotel, and that guests are spread out throughout the building, which is 130 rooms, since they have such low occupancy.

"We had such a great team before all of this happened, and we want to bring that same team back, so it’s been tough," said Patel.

A spokesperson for the JW Marriott in Downtown Austin told KVUE on Friday they had to furlough many of their associates due to the reduced business levels.

If you booked a trip recently with Airbnb, it is offering refunds if you booked on a certain day. VRBO has left decisions mostly up to property owners and managers, but is encouraging them to offer some sort of refund for customers who canceled their stay.