Be More Pacific bringing Filipino food to the heart of Austin

Filipino food is a blend of Malaysian, Chinese and Japanese. But the most important contributions come from Spain. 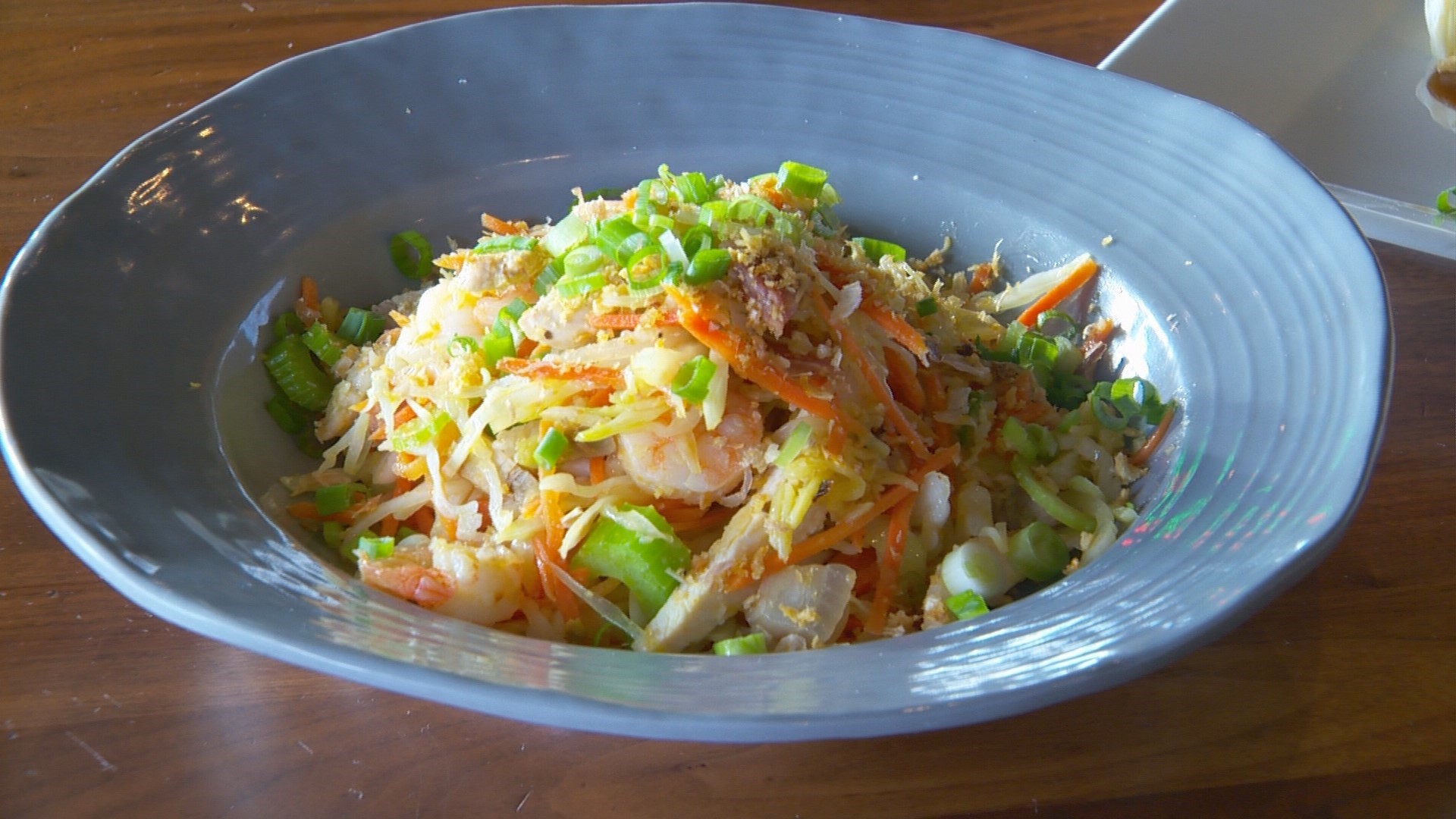 AUSTIN, Texas — This Foodie Friday, we transport you to Southeast Asia nestled off Anderson Lane in North Austin. Filipino food has so many influences and KVUE visited a popular restaurant wittingly called Be More Pacific.

Growing up in Houston, Mark Pascual fondly remembers meals with his large Filipino family. The Asian cuisine was authentic and fresh. That wasn't the case once he moved to Austin.

"There are not a lot of places here," Pascual explained. "When I'd go down to Houston, you know you get to have it. Then you come back up here to Austin and you are craving it."

Pascual fixed the problem by opening up the Be More Pacific food truck and the restaurant.  His cousin Buddy Melgarejo is the cook.

Filipino food is a blend of Malaysian, Chinese and Japanese. However, the most important contributions come from Spain.

"We were a Spanish colony for more than 300 years and that is where we got a lot of cooking. You'll find the difference in our flavors," added Pascual.

Take their dish called kilawin, for example. It is a raw seafood ceviche that is very much like Spanish ceviche. However, this yellowfin tuna is cooked a bit differently.

"We use vinegar instead of lemon," said Melgarejo.

Add in some jicama, ginger, serrano, garlic and cilantro and you're all set.

The second dish is lumpiang sariwa. Lumpia means egg roll, but in this case, they take the egg roll wrapper and instead of frying it, it's like a crepe.

We're talking tofu, the heart of palm, cabbage, carrots and onions all topped with a sweet soy peanut sauce. But if you're wanting more protein, try the pancit canton. This dish consists of egg noodles and comes with shrimp, chicken, Chinese sausage and pork belly.

At Be More Pacific, Pascual said they take traditional Filipino food and toss in their own style without sacrificing the taste and quality.

"It is really easy for everyone to enjoy because they'll find something they like," said Pascual.

The restaurant, which is off Anderson and Mopac, is open Tuesday through Sunday. They also offer brunch on Sunday. For more information, go here.

Brother and sister dead in murder-suicide at Katy home; 3 others wounded