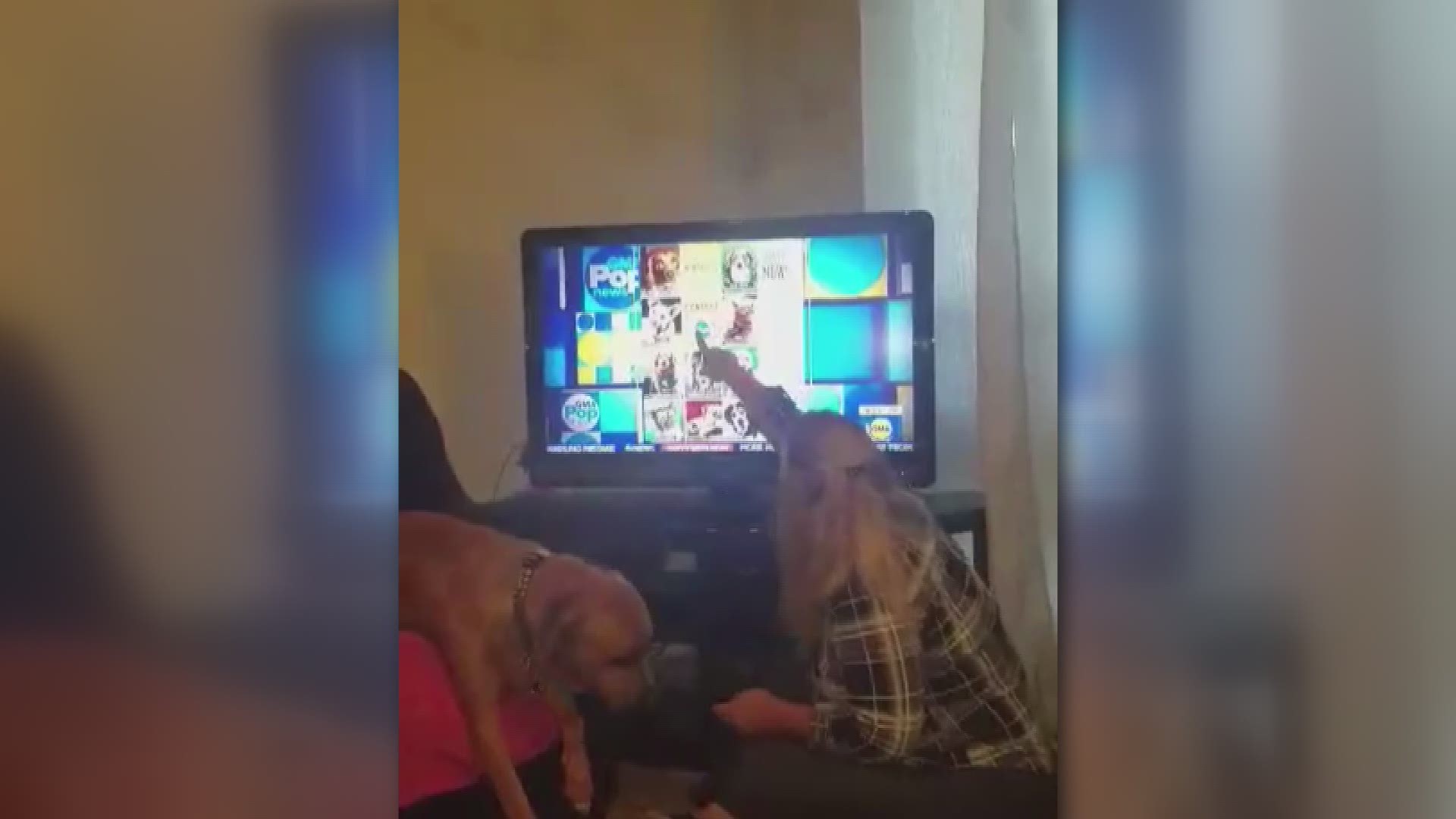 ATLANTA — An Atlanta rescue pup will grace the pages of People Magazine among nine other finalists as part of the publication's annual World's Cutest Rescue Dog contest.

Ollie Miller was selected out of thousands of applicants and is the only Georgia dog to make the top 10. His mom, Stacie Miller, says she entered his photo into the contest on a whim.

"I really didn't think we'd get a call, but then they let us know last week that Ollie had beat thousands of other dogs to make the finals," says Miller.

Ollie was adopted from a shelter in Florida, but has lived in Georgia for the past few years. His mom says she fell in love with him because of his talent for humming.

"I was looking at all of the dogs in the shelter and they were all barking and making noise. I came across Ollie and he was just sitting there quietly. They took him out of his pen. I was petting him and he just started humming," says Miller.

Miller says that Ollie still hums to this day. She says the rescue pup is also famous for his love for rescue kittens.

"I used to bring home rescue kittens to foster and Ollie would bond with them immediately. He would even get upset when they weren't interested in him," adds Miller.

The top 10 finalists were announced on national television on Thursday. Miller says she and Ollie's dad and his cat sister threw him a 'watch party' complete with decorations and signs.

With Georgia's state dog being the adoptable dog, Miller says she thinks Ollie would be the best candidate to not only represent Georgia but to take home the title for World's Cutest Rescue Dog. Votes can be cast daily here until Sept. 14 for Ollie.

The three rescues with the most votes will be presented to celebrity judges who will pick the grand prize winner. The grand prize winner will receive a custom photo shoot, a feature in PEOPLE magazine and on People.com, a year's supply of dog food from the PEDIGREE® brand, and $1,000 donation to the pet rescue organization of the winner's choice. The final winners will be announced on Sept. 30th.