After high school, Matthew Boling is focusing on the Olympics. 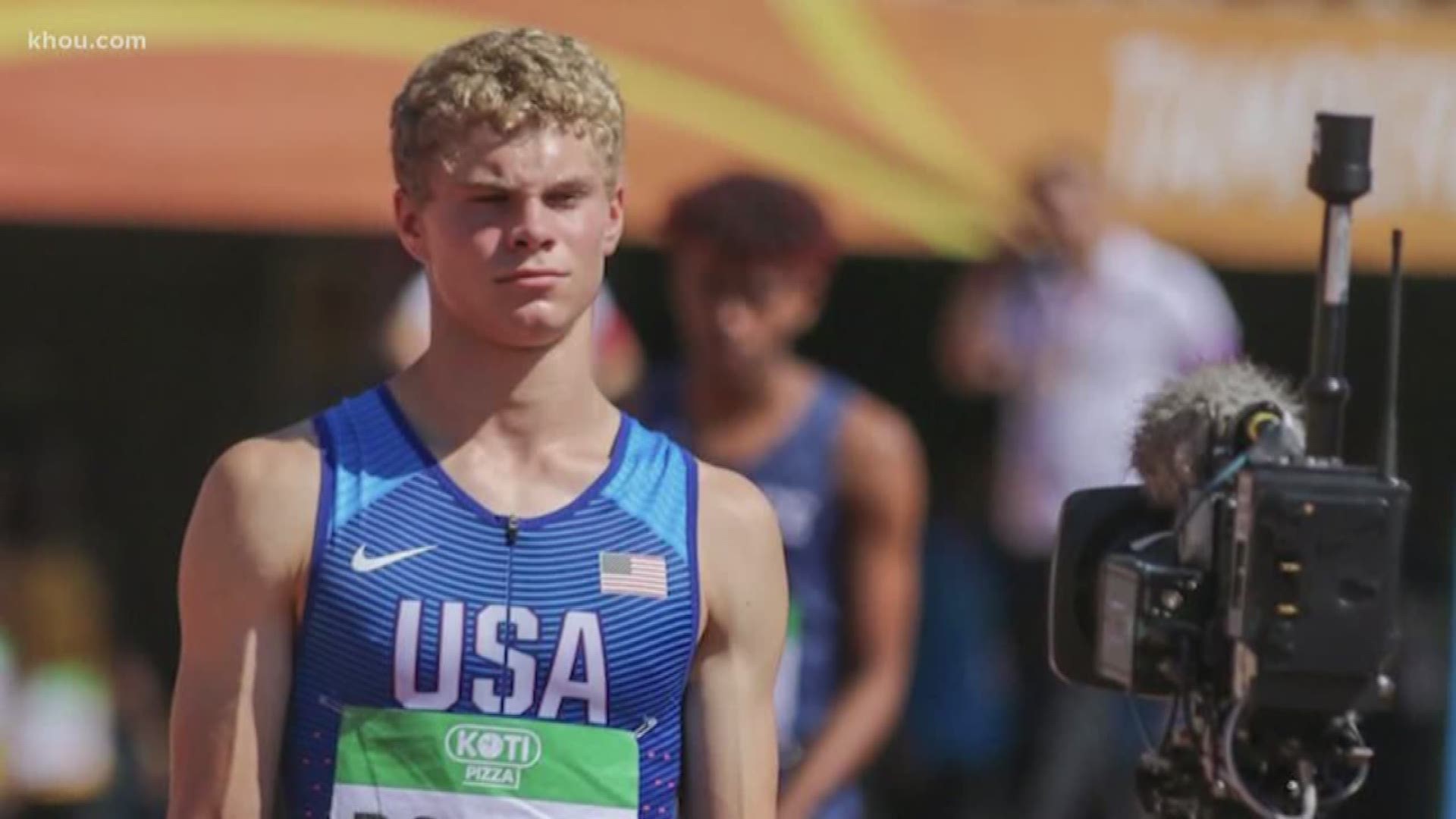 HOUSTON — A Strake Jesuit high school senior is being called the fastest man in the country. It's just one more name to add to the list of Houston track stars.

Matthew Boling is the talk of the track and field world with his remarkable times. The sprinter clocked a 100-meter dash in 10.22 seconds earlier this month and a 200-meter dash in 20.58 seconds.

Those are the fastest high school times in the U.S. right now. And when you're the fastest, of course you get a nickname.

Boling said he didn't always know he was fast. He's had to practice to get quicker.

"In middle school, when he was in the seventh or eight grade, it was like watching a deer run," Boling's father Mark said.

The older Boling said it's unusual knowing his son is the fastest man in the country right now. He said it's not genetic.

“I would love to be able to claim that it’s genetic – but he just has a work ethic that I’ve never seen from anybody," the father said.

Mark Boling said he'll still be making the track meets when his son heads off to the University of Georgia in the fall.

Then, the 18-year-old said he'll be focusing on the Olympics.