SXSW 2019 traffic may be worse than previous years. Here's how to navigate it like a pro

SXSW 2019 traffic is expected to be worse than previous years because local schools will still be in session. 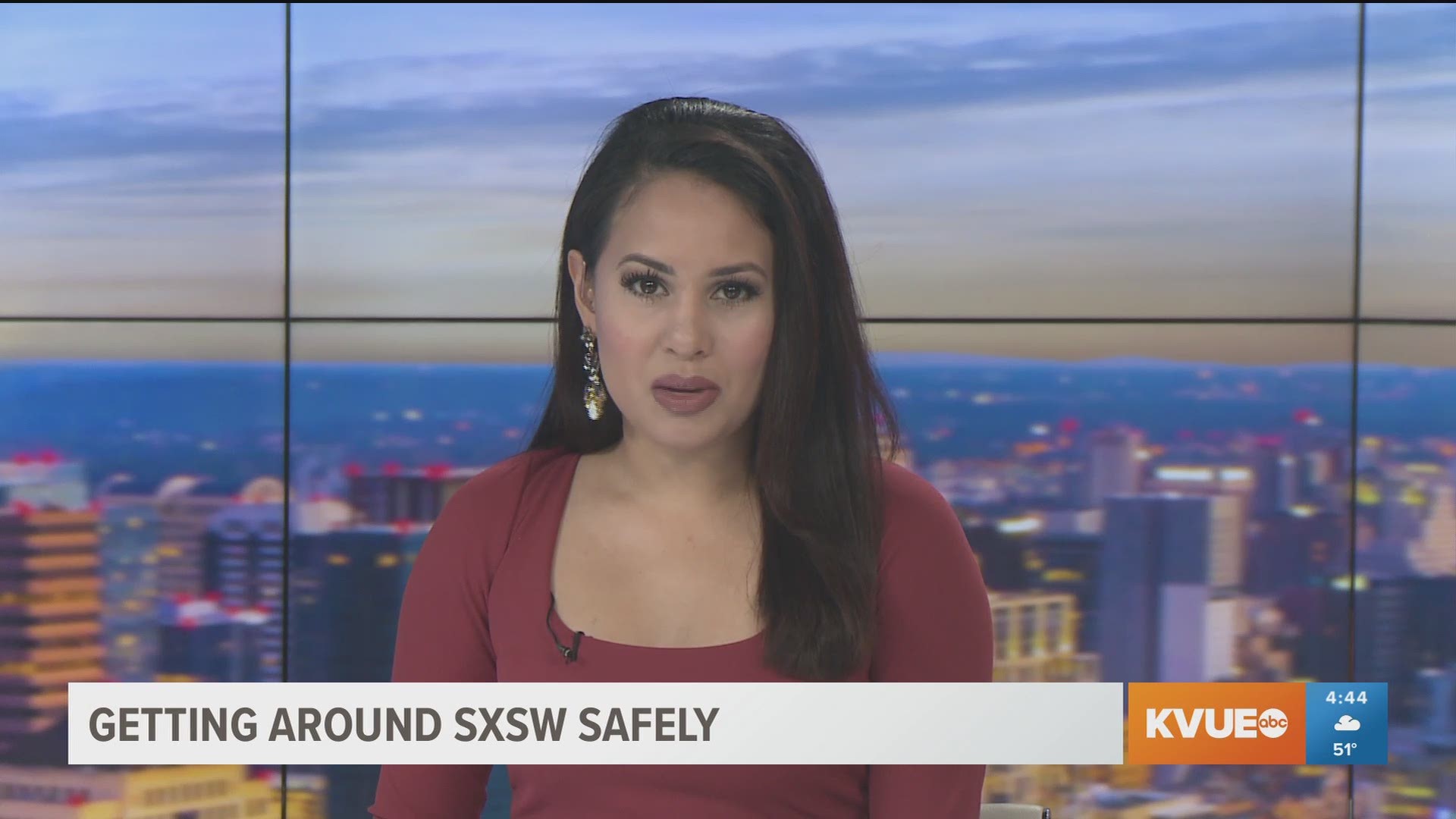 AUSTIN, Texas — Starting Friday, hundreds of thousands of people will come to Austin for South by Southwest.

Many roads in downtown will be closed and traffic is expected to get crazy, so here's how to get around the party like a pro.

SXSW traffic is set to be the worse compared to previous years and this is because many local schools and the Texas legislature will still be in session during this year's SXSW Festival.

How to get around SXSW traffic

According to the City of Austin Transportation Department, parts of Red River Street, Congress Avenue, Brazos and Trinity Streets in Downtown Austin will be closed from March 8 through March 17.

Therefore, the City of Austin wants you to get to where you need to go faster by choosing a new way to get around and leave your car at home!

Scooters are a good option to navigate without the hassle of being stuck in bumper to bumper traffic.

It is important to keep in mind while using scooters, they will be banned from pedestrian zones along Sixth, Red River and Rainey Streets during SXSW.

If you choose to ignore this, you could be hit with a $500 "failure to obey a lawful order," class c misdemeanor.

In areas where scooters are allowed, make sure to park your scooters in their designated areas. The city has marked several of these areas back in February, which includes:

Carpooling or using Capital Metro are options too.

Tech Tuesday: Company offers SXSW attendees a quick way to get around Austin

All the road closures in downtown Austin during SXSW

Prepare for the festivities while taking the Metrorail (known as the Red Line) directly to the Convention Center. You can also hop on one of the Metrorapid (routes 801 and 803) that'll take you to republic square.

This 2019, a special route, which is 985, will operate during the same hours as Metrorail just for SXSW.

Use the CapMetro app for more details.

We're all familiar with Uber, Lyft and Ride Austin and they'll all be available for you during the festival.

Just make sure you're aware of the designated pick up and drop off zones. Some of those areas include:

The SXSW shuttle is free and will be up and running between the Austin Convention Center and most SXSW festival venues.

Catch the SXSW festival shuttle outside the convention center on Trinity Street.