Amtrak said there were no injuries to the crew or its 58 passengers and local authorities were investigating. 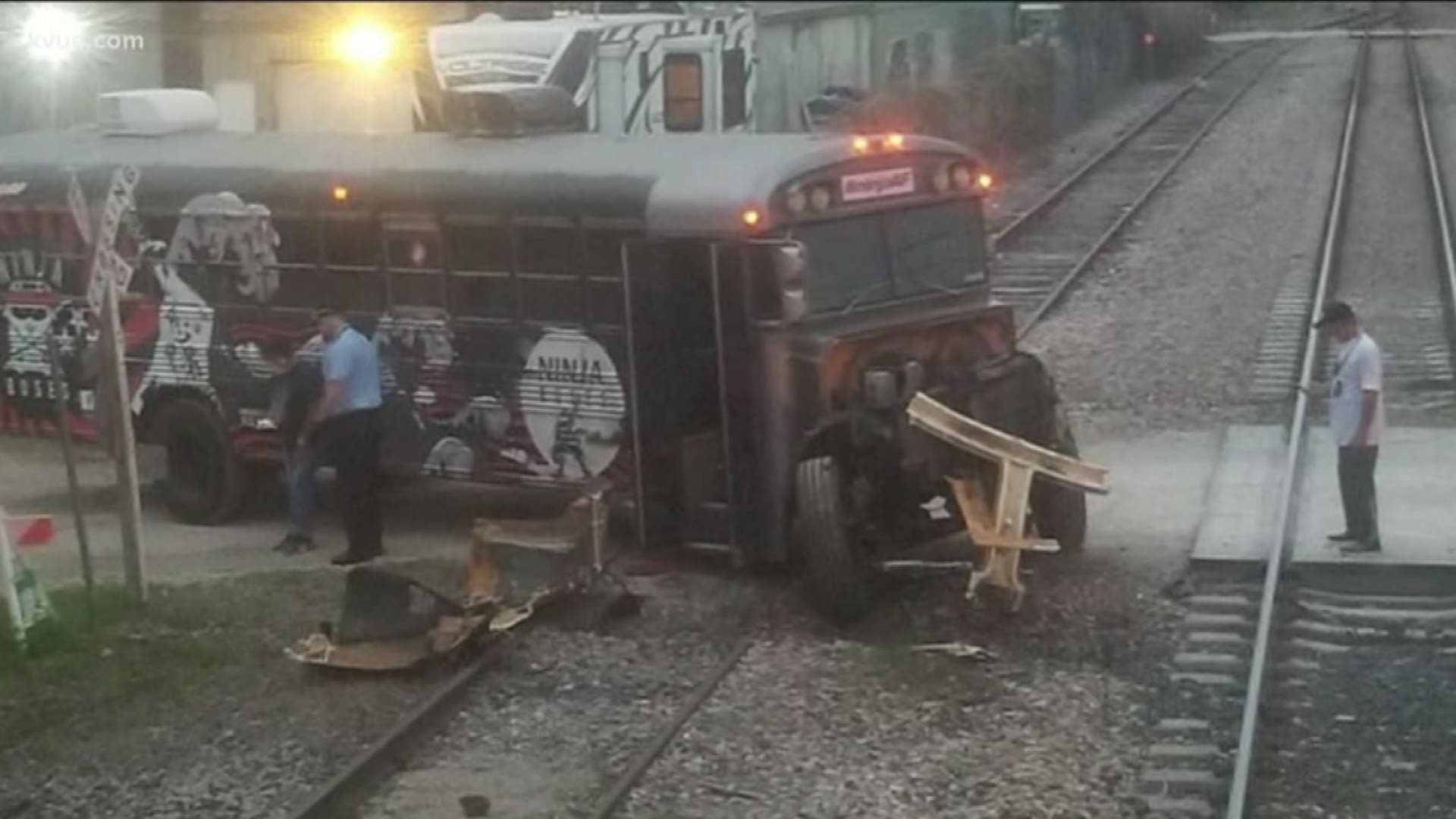 AUSTIN, Texas — An Amtrak train struck a bus that was on the tracks in Austin Sunday evening, company officials confirmed to KVUE.

According to Amtrak, Train 21 struck the bus at approximately 6:30 p.m. Sunday.

KVUE spoke with a woman who said she and her husband were on the train when the crash happened just down the tracks from the downtown Amtrak station.

"My husband was sitting on the right side of the train and he said, 'Whoa! There was a bus on the tracks,'" Nadene Volkoffkoester told KVUE. "We came to a really quick stop. My husband walked to the back of the train and was like, 'I think we just hit a bus.' So, he took that picture and we sat here for this long ... so an hour-and-a-half."

Volkoffkoester told KVUE the crash happened "literally a block away from the station."

Amtrak said there were no injuries to the crew or its 58 passengers and local authorities were investigating. On Monday, Austin police told KVUE officers were called out to respond to the crash in the 1500 block of West Third Street around 6:31 p.m. Sunday. APD said EMS transported one person to a local hospital with what appeared to be non-life-threatening injuries.

After the nearly hour-and-a-half wait, passengers were allowed to get off the train. The train departed the Austin station Sunday night for its final destination in San Antonio.