Who from the ATX area survived to see round 3 of the UIL baseball playoffs? 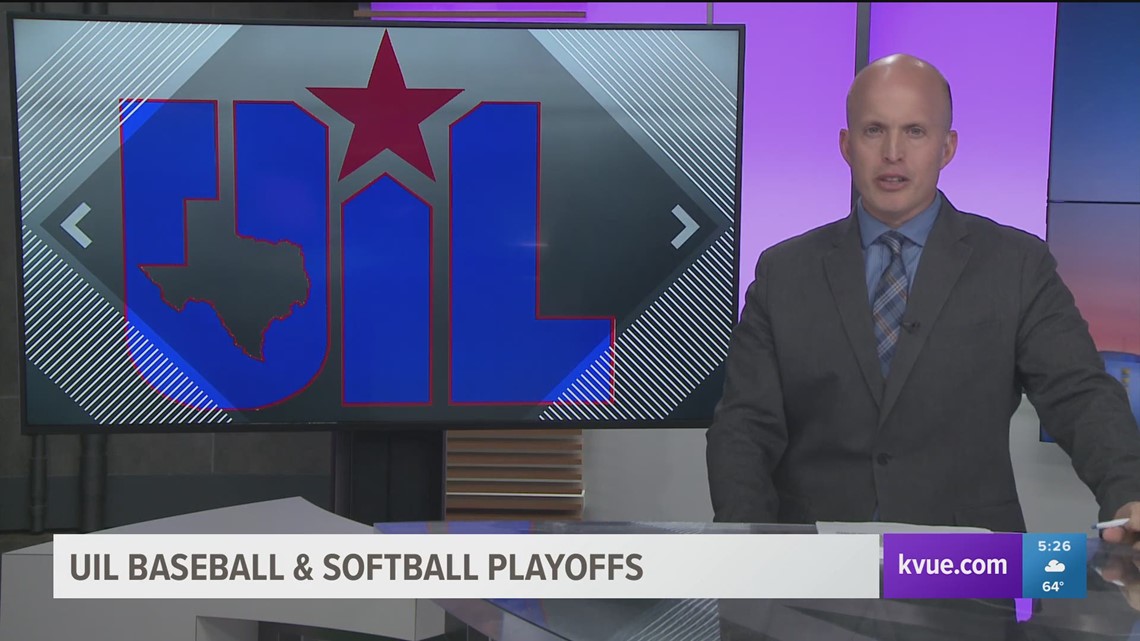 AUSTIN, Texas — Beginning in Class 6A, both Westlake and Lake Travis both advanced to the regional quarterfinal round.

Lake Travis swept their series against Brandeis, winning 8-2 and 5-1.

Westlake swept their series against South San Antonio 11-1 and 8-7 in 11 innings.

Round Rock swept their series against Oak Ridge, winning 2-1 and 4-0.

Stony Point forced a third and decisive game in their area-round series after beating Klein, 10-8 in Bryan. That series finale is set to begin shortly.

In Class 5A, Dripping Springs advanced to the regional quarterfinals after beating San Antonio Southwest in the third and decisive game of this series, 5-2.

Georgetown shut out College Station 7-0 to complete the sweep and advance to round three.

Hutto's season came to an end after Tomball swept the Hippos, winning game two 3-2 in the ninth inning (two extra innings were required).

Pflugerville's season ended after an 8-5 loss to Magnolia West.

Rouse will meet Porter Monday night at Mumford High School in a one-game playoff. First pitch is at 7 p.m.

To Class 4A, Lampasas was defeated by Bellville in game three of their season. The Badgers' season came to an end.

The Taylor Ducks' season was ended by Sealy. The Ducks lost game two of this series 13-3.

The season also concluded for the Wimberley Texans. Fulshear completed that sweep, winning 2-1.

Gateway Prep beat Hallettsville in 10 innings in the decisive game three of their area-round series. The Gators advanced to the regional quarterfinals.

In a one-game playoffs, the Jarrell Cougars advanced, outlasting Poth, 10-9.

In 2A, Thorndale won games two and three to win the series against Burton.

Thrall also won games two and three to win their series against Iola. The Tigers won on Saturday 7-2.

In high school softball, there are five Austin-area programs who advanced to the sweet 16 round of the state playoffs -- Austin High School, Dripping Springs, Georgetown, Fredericksburg and Thorndale.