Jones was diagnosed with leukemia in his sophomore year at UT. 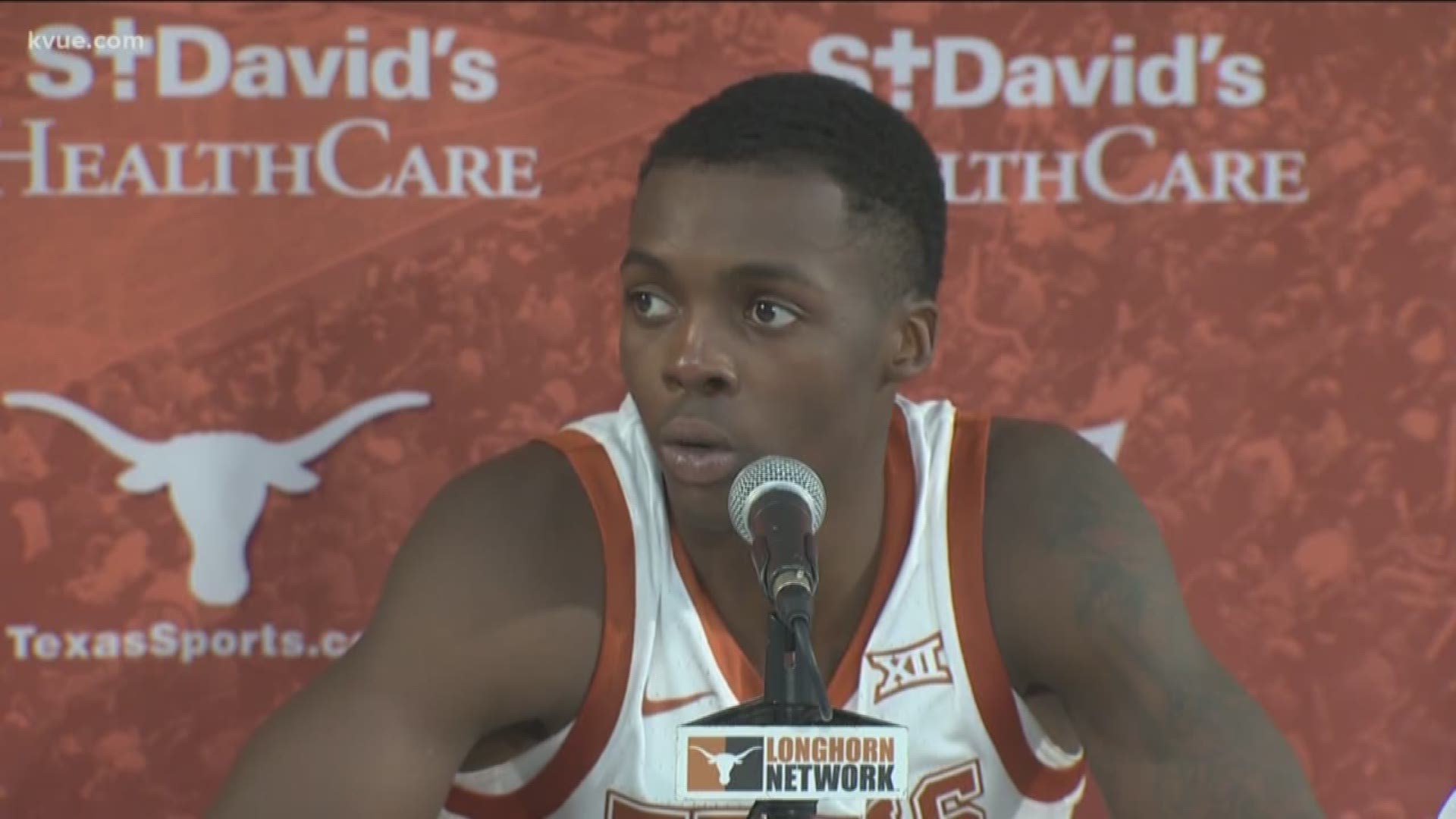 AUSTIN, Texas — Texas Longhorn Andrew Jones took to Twitter Tuesday to announce that he will return to the Texas Basketball team next year.

"After thoughtful consideration with my family, God, and the new coaching staff. I’m back for another year," he wrote.

Jones was diagnosed with leukemia as a sophomore. His diagnosis was announced to the team in January 2018.

Less than a year after his diagnosis, he started to practice again with his team.

"I just remember two years ago when he was working out, he had the bag attached to him while he was practicing," senior guard Matt Coleman said. "He was doing anything just to be on the court. I can’t put it into words just how inspiring it was."

After thoughtful consideration with my family, God, and the new coaching staff. I’m back for another year #hookem 🤘🏾 pic.twitter.com/lt3vZJh3QK

Jones was back on the court in November 2019. On Nov. 10, in his first court appearance with leukemia treatments behind him, he scored a career-high 20 points against Northern Colorado.

He marked his three-year diagnosis anniversary on Jan. 9, 2021. On that day, he also scored the game-winning shot to beat West Virginia.

And March 19, 2021, marked the eve of his first appearance in the NCAA Tournament.

"The other day before we played Oklahoma State in the [Big 12] Championship Game, I just kind of found myself next to him coming out of our initial huddle. The starters were walking out onto the court, and I just said, 'Man, I’m really glad to be here with you,'" then-coach Shaka Smart said.