Earlier this week, the Heerlein family put up a display paying homage to the scene from National Lampoon's Christmas Vacation where Clark Griswold hangs from the roof of his house while trying to put up Christmas lights. 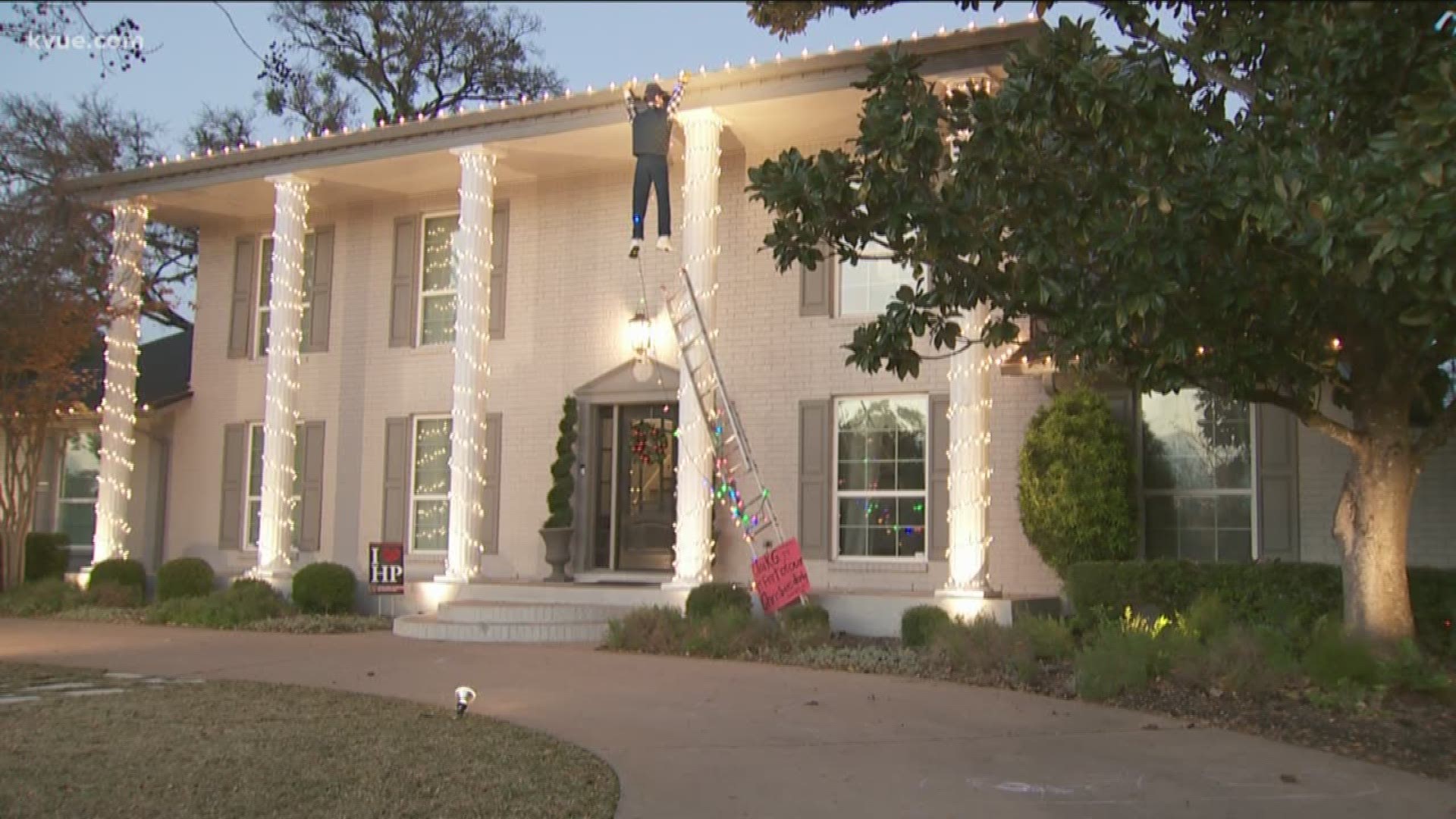 AUSTIN — All a Northwest Austin homeowner wanted was to win their annual neighborhood contest.

Instead, they nearly gave a passerby a heart attack!

Earlier this week, the Heerlein family put up a display paying homage to the scene from National Lampoon’s Christmas Vacation where Clark Griswold hangs from the roof of his house while trying to put up Christmas lights.

They bought a dummy online and put a Clark Griswold mask on it, then scoured Goodwill for clothes that look exactly like the ones Chevy Chase wears in the movie.

Chris Heerlein hung the dummy from his own roof and rigged a ladder underneath to look like it was tipping over.

But one day later, a passerby saw the display and started panicking, thinking it was a real person hanging off the gutters.

The entire thing was captured on Nest Cam video.

“Oh mister, please hold on!” You can hear the man say, and he wrestles with the ladder, trying to stand it back up to save the dummy.

After a few frantic moments, he yelled “HELP!” to people driving by on the street and called 9-1-1.

"He was doing everything he could to get the ladder! And be like 'Save Clark!'” Heerlein’s sister-in-law Leah Wheless said. "He didn't give up. Whatever he had to do, he was going to save old Clark Griswold."

An Austin police officer showed up after the 9-1-1 call and spoke to the nanny who was home at the time. The officer said they’ve seen this kind of display before, but they were getting calls about it.

The family decided to put up a sign at the bottom of the ladder that reads: “Clark G is part of our Christmas display please do not call 911.”

They felt so bad about the passerby’s reaction that they reached out to him to thank him for being so concerned.

"We'd love to be able to find him and reach out. We have a very special gift that we would like to give him and we'd like to tell him thank you,” Wheless said. 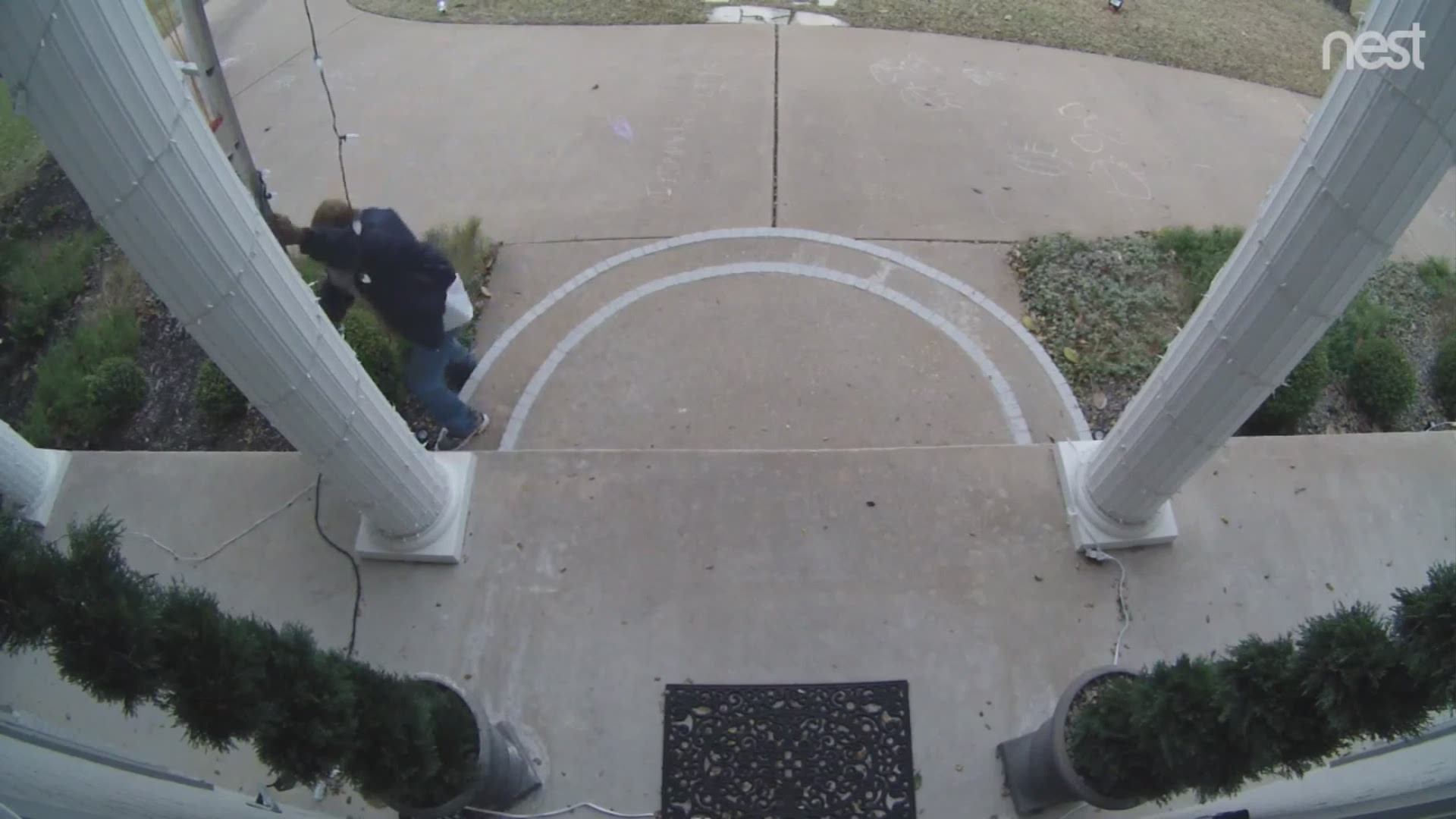 They could hear him give his number to the 9-1-1 operator over the Nest Cam. So, they called him, thanked him and are giving him a gift card as an apology.

Turns out the passerby, named Alfred, is a retired veteran. Once he realized it wasn’t real, he had a good sense of humor about the whole thing.

"I was trying to get him down any way I can. Except when I started talking to him, he never said nothing!" Alfred said over the phone, laughing. "Then I thought, 'Oh my God I hope he's not dead, lemme call 9-1-1.'"