Reese Witherspoon is of course known to most as an Academy Award-winning actress. But in addition to her acting and producing roles, she is an entrepreneur who founded two companies. She revealed what led her to become an entrepreneur and the obstacles she faced in getting there at the Texas Conference for Women in Austin. 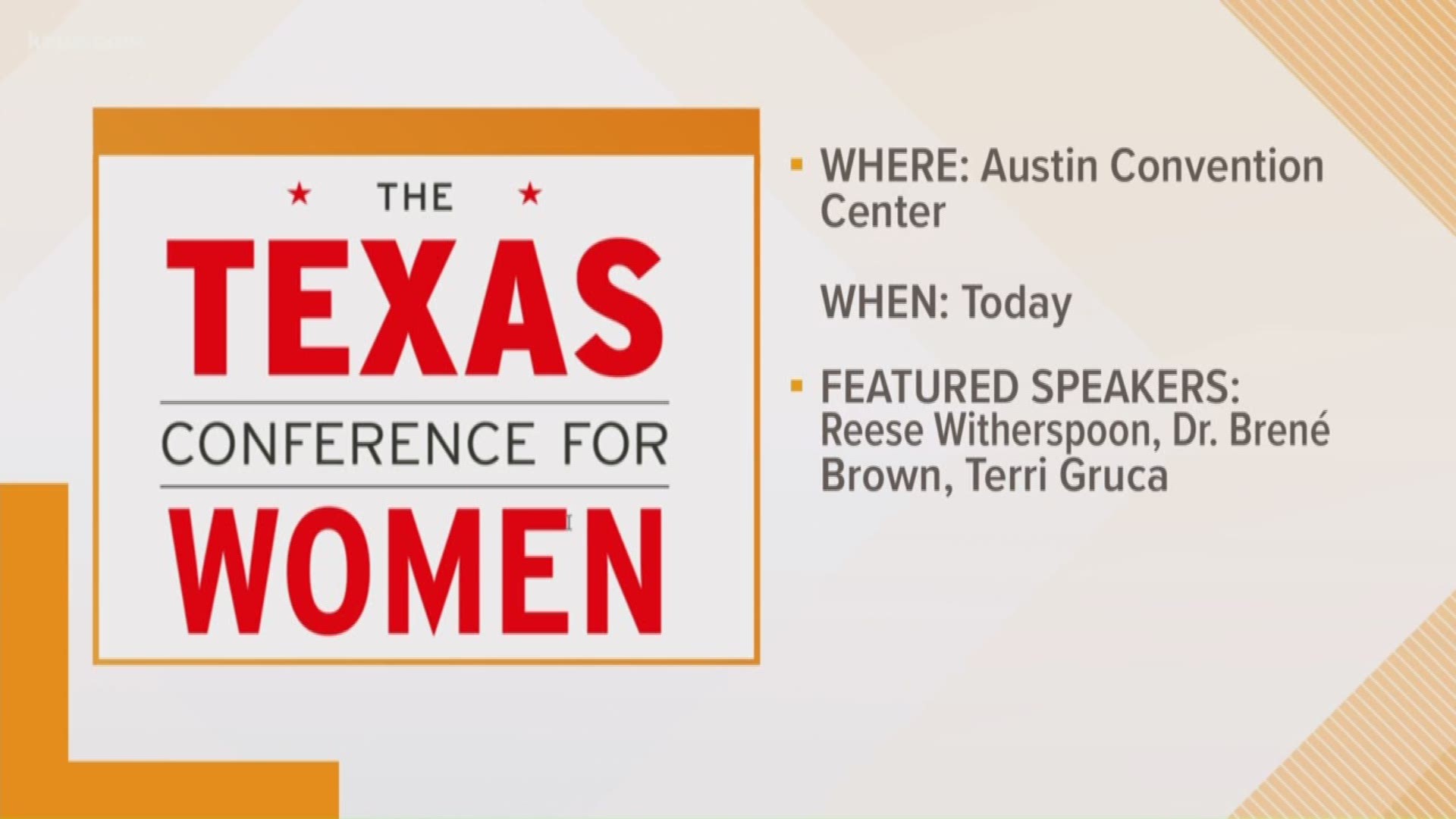 AUSTIN — For a woman who faced stereotypes she said ran deep in the Southern culture she grew up in, Academy Award-winning actress Reese Witherspoon has come a long way.

In a packed room at the Texas Conference for Women in Austin Nov. 9, Witherspoon addressed issues facing female entrepreneurs and women in general. Witherspoon was joined by Sharyn Alfonsi, an award-winning journalist and correspondent with 60 Minutes.

Witherspoon is of course known to most as an actress who has performed roles ranging from Elle Woods in "Legally Blonde" to June Carter in "Walk the Line." But in addition to her acting and producing roles, she is an entrepreneur who founded two companies. She launched Draper James, a retail brand, and Hello Sunshine, a media brand and content company dedicated to female authorship and storytelling across all platforms.

Leaders inspire, motivate at Texas Conference for Women in Austin

During the keynote, Witherspoon said "women are complex and dynamic, and those are the women I want to see on stage."

"Around 2011, I read the worst script. There were two women who were concerned about one man and what he wanted," Witherspoon said.

She said the "garbage" script left her wondering who the women were and what they wanted.

When she expressed her outrage to her agent, she said she was told that every actress in Hollywood wanted this role.

Witherspoon said she sat down with the leaders of various studios and asked what films they are developing for women. Most responded that they didn't have anything.

She said her husband asked her, "Why don't you do something about it?"

That's when she said she decided to create her brand, a company committed to representing women in film.

"Women will be treated differently If people know what we walk through every day," Witherspoon said.

Growing up in Tennessee, Witherspoon said there were certain expectations of Southern women. She said women in the South don't talk about money and politics, among other things.

Before her big move to California at the age of 18, she said a friend of her boyfriend's parents asked her why a nice Southern girl like herself would want to "go and make movies."