Some of the bills were filed by Representative Talarico and others by both Democrats and Republicans in the Texas House of Representatives. 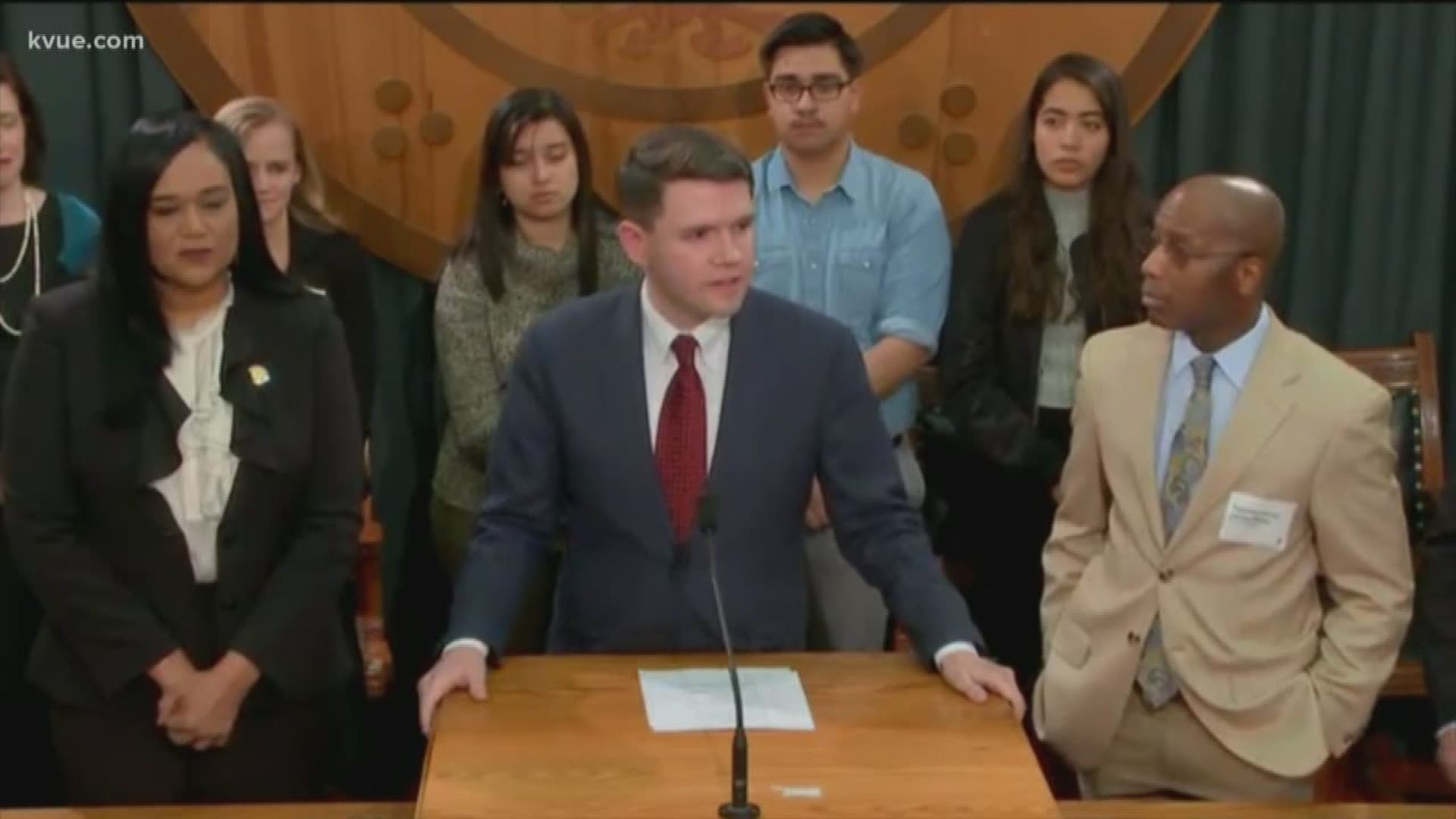 Some of the bills were filed by Rep. Talarico and others by both Democrats and Republicans in the Texas House of Representatives.

The overall goals of the bills are to expand mental health resources, including suicide prevention, and to offer students what Talarico calls "practical" curriculum by teaching financial literacy, sex education and civics.

Rep. Talarico said he knows firsthand how badly these things are needed in Texas schools because he was a middle school teacher who worked with challenging students.

During the news conference, he shared the story of a former, troubled student named Justin who got into a fight at school.

"That was the third strike, the last straw, the last chance and that was the last time that I saw Justin," Rep. Talarico said. "I later learned that the school district had cut funding for Justin's therapy program due to a budget shortfall. And we failed Justin. I failed him. If I had had just a few more months, a few more ounces of energy, a few more resources, I think I could have stopped it."

Still, Rep. Talarico said there is hope, with the chance to help other students like Justin in the future.

The bills included in the Whole Student Agenda are: