Ibraheem Yazeed was arrested and charged with first-degree kidnapping, but Blanchard has yet to be found. 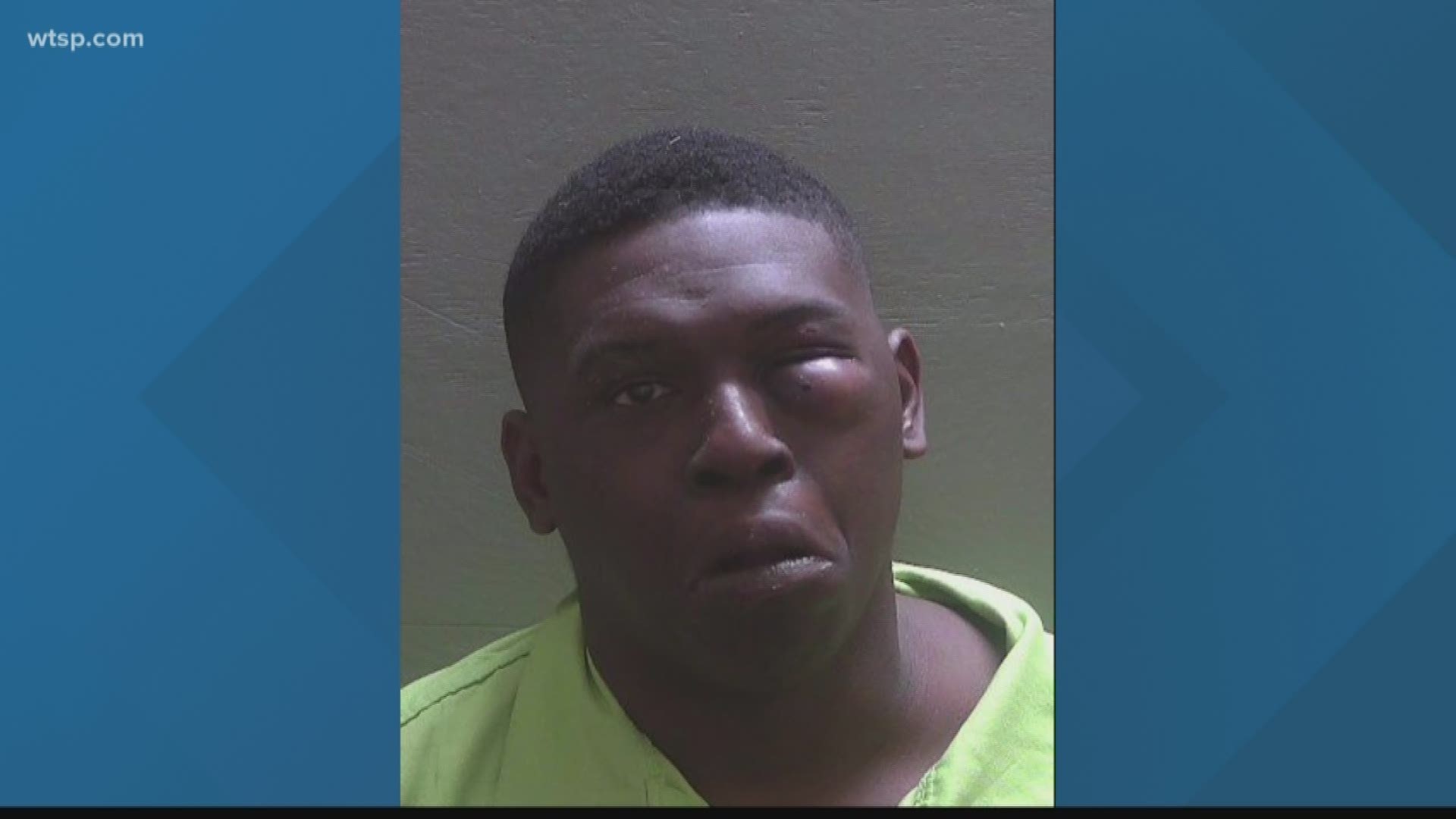 Blanchard, 19, was reported missing on Oct. 24 and was last seen at a convenience store in Auburn while Yazeed was there. The charging document says a witness identified Yazeed, 29, as the man he saw force Blanchard into a car. It's unclear if her car was the one that was later found abandoned.

Yazeed was arrested Friday in Florida and charged with first-degree kidnapping. He waived his extradition hearing that same day.

Yazeed made his first appearance in court in Alabama on Sunday. However, the hearing was closed to reporters. WSFA-TV reports a gag order has been issued in the case, but no documents had been posted by Monday on Alabama's electronic court record system. It's unclear if a judge made a decision on bail for Yazeed or whether he has a lawyer who could comment.

"You could see the evil on his guy," Walt Harris told WBRC-TV about seeing Yazeed inside the closed hearing. "It's hard to put into words what you're feeling in that moment other than rage. You just want to make him feel our pain and understand how hard this has been — what you're doing to a family."

"It's tough. It seems like every day's getting harder and harder," Angela Harris told WBRC-TV. "We don't know where she's at."

Both parents said they hope Yazeed will begin providing information.

"We have him, we have his physical body, but he's not talking," Walt Harris said.

Credit: AP
This undated photograph released by police in Auburn, Ala., shows Aniah Haley Blanchard, 19, who is missing. The state of Alabama offered a $5,000 reward for information in her disappearance on Wednesday, Oct. 30, 2019. Authorities say they don't believe the college student went missing on her own. (Auburn Police Division via AP)

Angela Harris said she now believes that a Snapchat message sent from her daughter's account during the first days after her disappearance was sent by someone else.

Yazeed had been free on bond in an earlier kidnapping case where Alabama prosecutors say he nearly beat a man to death.

Searchers looking for Blanchard include the mother of Natalee Holloway, an Alabama teenager who disappeared on a graduation trip to Aruba in 2005. Her mother, Beth Holloway, is working on the Blanchard case with Texas EquuSearch, a mounted search and recovery team, the group posted on its Facebook page .

Auburn Police Chief Paul Register said it's not clear if Blanchard and Yazeed knew each other, though authorities don't have any reason to believe they did. And he said authorities believe Yazeed didn't act alone.

"We do think there's a likelihood someone else is involved in this case and we hope to bring that person to justice as well," Register said.