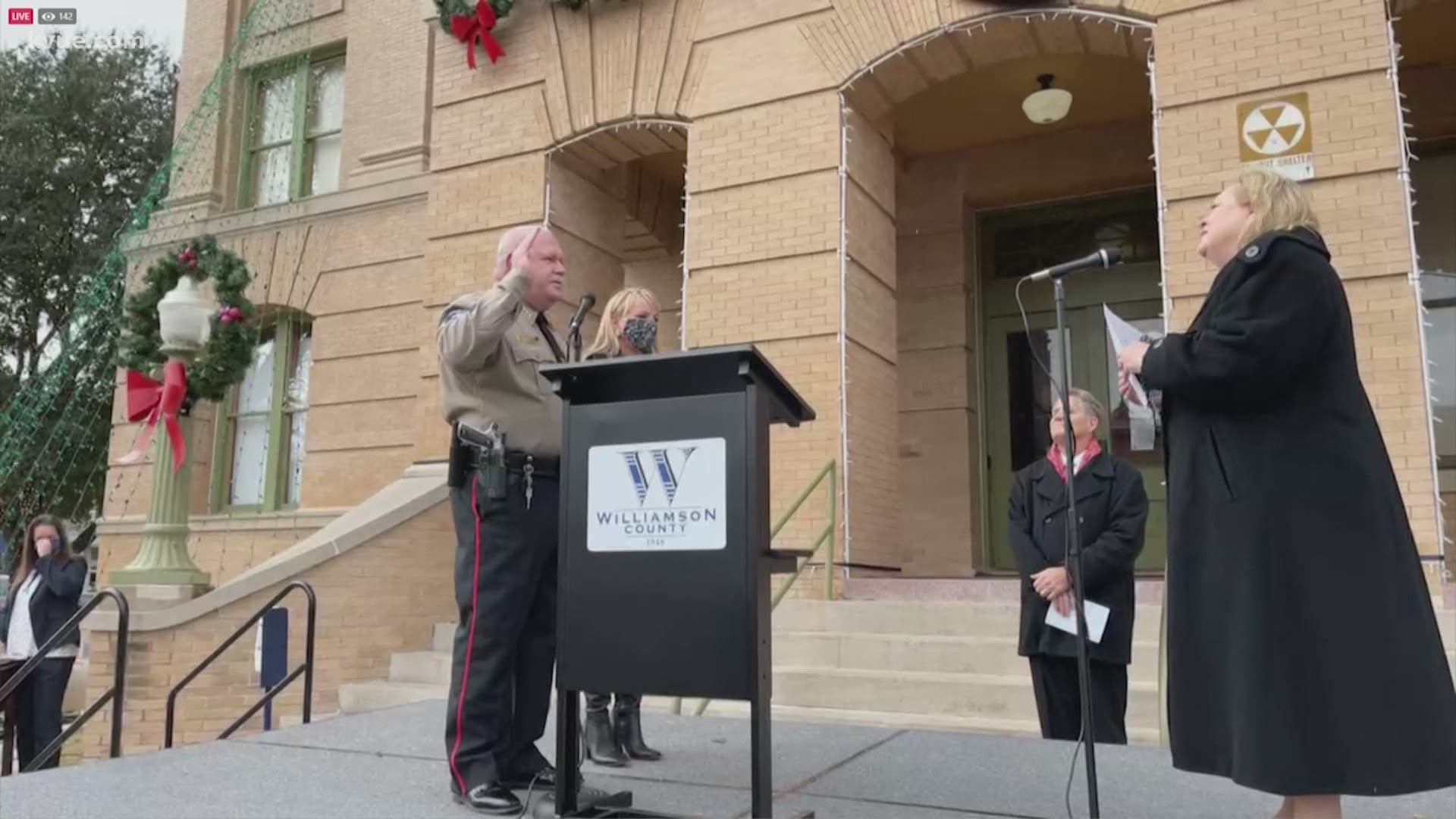 Despite Gleason's swearing in on Friday, Chody has pledged he won't go down without a fight. Chody filed a lawsuit on Dec. 15 against Sheriff-elect Gleason to contest the results of the Nov. 3 election.

KVUE obtained a copy of the lawsuit, in which Chody claims the true outcome of the election cannot be ascertained due to "so many material mistakes, illegalities and/or fraud which occurred in the administrating and tabulation of the election."

The lawsuit cites two sworn affidavits that make claims of several instances of discrepancies and tabulation errors and also notes a technical error that impacted precinct-by-precinct voting breakdown found by the county on Nov. 2.

Chody's defeat comes after an indictment earlier this year in relation to the death of Austin man Javier Ambler. Chody faces a felony evidence-tampering charge related to the destruction of video of Ambler's death while in custody of Williamson County deputies.

Chody has called the indictment a political move. In a pretrial hearing on Monday, a judge denied motions to quash the indictment.

KVUE Defenders' Tony Plohetski has been following use of force in Williamson County for several months. See his reporting here.

H-E-B pharmacies not yet vaccinating Texans in group 1B