Ghost is Washington state's first deaf dog, and may be the first in the country. 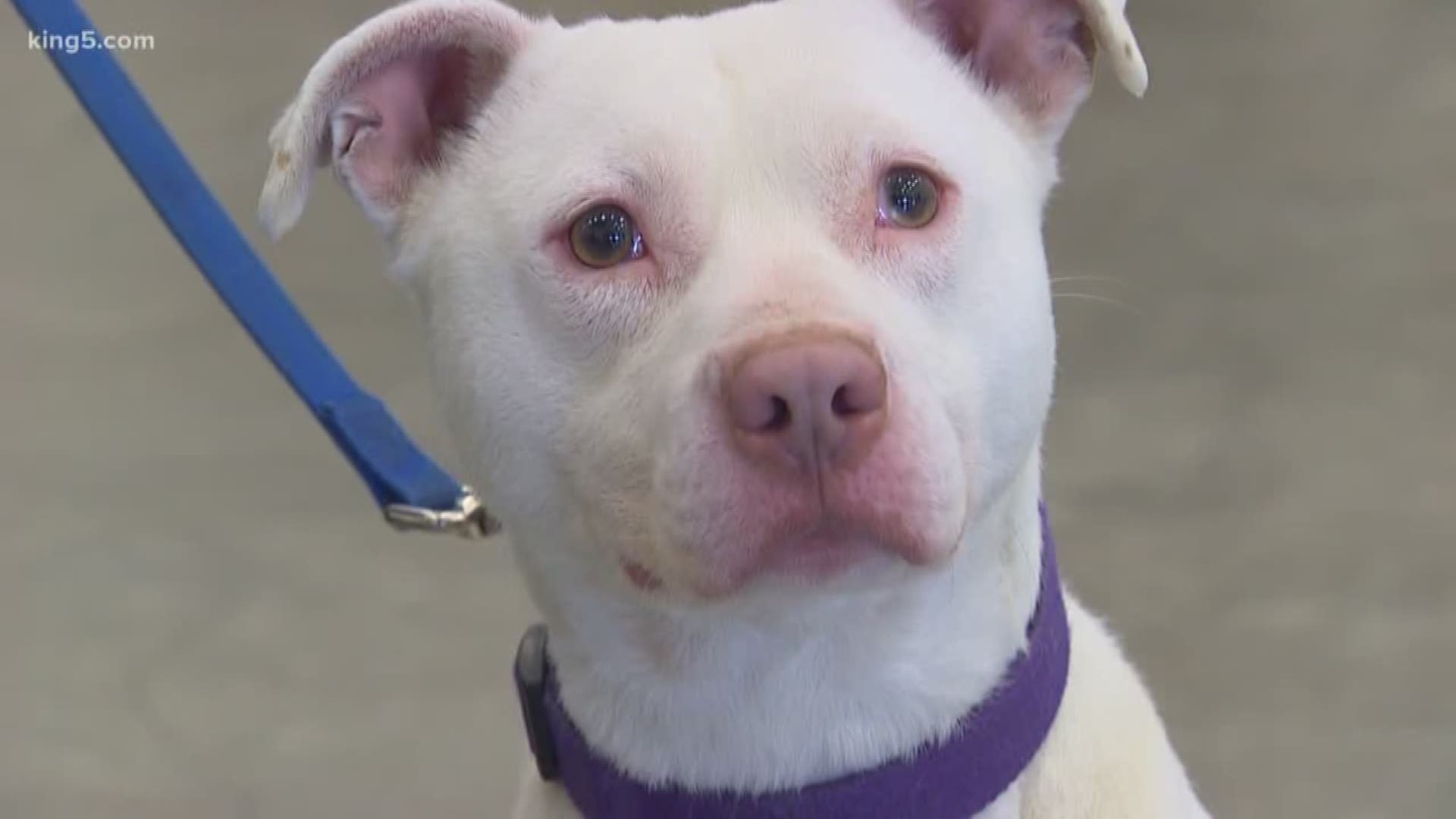 Washington state took a chance on Ghost, and it appears to be paying off.

Ghost, a pitbull mix, was deemed “unadoptable” by animal control officials in Florida because he is deaf. But Swamp Haven Rescue moved Ghost to Port Angeles where he was spotted by longtime dog trainer Barb Davenport.

“It seems to make him even more focused,” Davenport, K-9 Program Manager for the state’s Department of Corrections, said.

Davenport’s been training drug search dogs for the state since the 1980s and said Ghost is the state’s first deaf dog. She thinks he may be the first in the country.

"I'm always up for a challenge," said Davenport.

Ghost started searching for drugs inside state prisons and other secure facilities in January.

Handler Joe Henderson, who goes on searches with Ghost at the Department of Social and Health Services’ secure facilities, said the dog located illegal drugs during recent searches.