Kolaches. We all love them. But how many folks would get up at 2 a.m. and run 50 miles to eat some? As of right now, the answer is at least two. 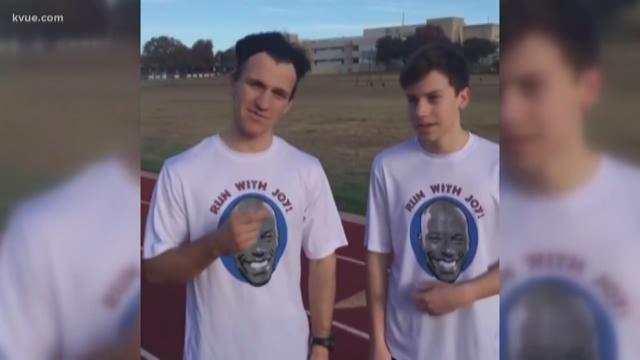 Kolaches are the perfect doughy, sweet or savory blend of Czech baking skills and Texans' love of breakfast. We all love them, but how many folks would get up at 2 a.m. and run 50 miles to eat some?

As of right now the answer is at least two.

Brothers Will and Todd Flanagan admit their idea comes across as crazy.

It all started when Will tried to spice up the family tradition. Every year, the Flanagans would drive out to Weikel's Bakery in La Grange, where the best kolaches come from, according to Will.

"Both of us ran cross country in high school," Will said.

It's a passion they've both had since and one that Will thought they should embrace when visiting Weikel's this Christmas. The only problem: It's more than 75 miles from their home.

"That's a lot," Will said as he explained that their real course would be much smaller -- 50 miles.

"The original idea was just to run to the bakery to eat kolaches," Todd said. "So not a good reason at all really."

Looking to make the run something more meaningful, the Flanagan brothers turned to their friend and running mentor, Gilbert Tuhabonye. The Burunidi native runs a non-profit in Austin called the Gazelle Foundation.

Will and Todd told their parents and older brother, Aaron, their plan, and believe it or not, they decided to join.

"I think they're pretty immune to our crazy and stupid ideas by now," Todd said.

At 2 a.m. Saturday, the brothers will start running toward Weikels with the goal of making it there in 16 hours.

When they arrive at Weikel's they will have a table set up as well as a small kolache celebration to raise awareness for the Gazelle foundation.

"It's a good thing I'm not doing it, I couldn't do it," said Weikel's General Manager Phillip Weikel, "But it's fantastic ... we just really feel blessed to be a part of it and what they're trying to accomplish."

While the run will be over Saturday evening, the brothers will keep their fundraiser open until February in hopes of raising $10,000 for the foundation. Go here to check it out.