The Emerald Point event follows an incident on Friday where a Trump supporter and Biden staffer reportedly collided on Interstate 35. 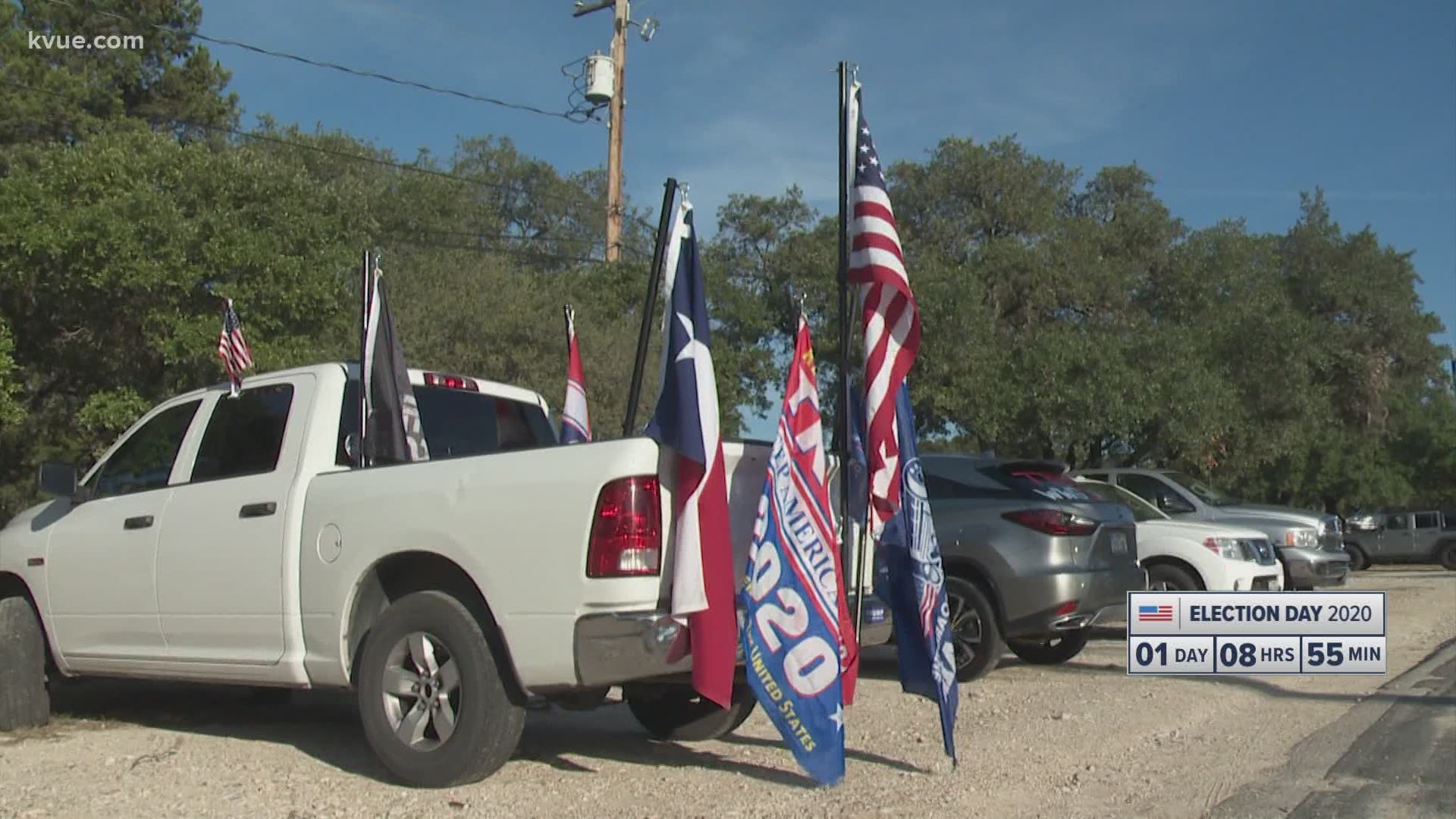 An organizer said reception for the event was a positive experience.

"Most of them are all on [FM 620], we just get a lot of positive people and positive honking going on in approval and thumbs up and it's just been great for us," said Dave Markle.

Organizers say during the past few weeks, they've had several events where people drive around the area together in support of President Trump's reelection.

Sunday's event follows an incident on Friday where a caravan of Trump supporters surrounded a Joe Biden bus caravan traveling on Interstate 35 on its way to Pflugerville. While in the San Marcos area, a Biden staffer and a member of the pro-Trump caravan reportedly collided.

Both the Texas DPS and San Antonio FBI have confirmed they are investigating.

This also isn't the first time Trump supporters have gathered in the Lake Travis area. In September, boat owners gathered on the lake to hold a boat parade in support of the president. However, due to the large numbers, heavy wake caused several boats to take on water and sink.