The Move Over/Slow Down Law requires drivers when possible to move out of the lane closest to tow truck operators or a stopped emergency vehicle. 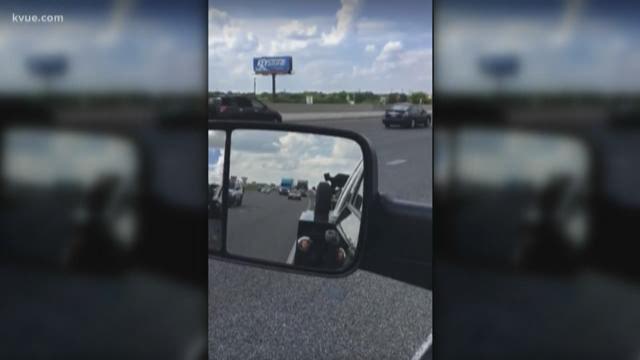 Working as a tow truck operator is a bit different than those used to working a regular 9-to-5 job. Damian Martinez knows this very well.

Instead of crunching numbers, Martinez drives around in his K&S towing truck helping drivers in need.

But now Martinez is looking for a little help himself from law enforcement. He believes the "Move Over/Slow Down Law" here in Texas is not being enforced strongly enough.

"It's kinda hard to keep one eye on traffic and then another one on what you're doing on the side of the road," Martinez said.

The Move Over/Slow Down Law requires drivers when possible to move out of the lane closest to tow truck operators or a stopped emergency vehicle.

In addition, drivers can reduce their speed to 20 mph below the posted limit.

"It's dangerous when you're on the side of the road trying to do your job and vehicles are passing by at 60, 70 miles an hour. I don't know if they really understand it," Martinez said.

Martinez said several of his coworkers have recorded close encounters with drivers on the road. Martinez and other drivers like him formed a group to share these types of videos and experiences on the Facebook page Tow Lives Matter!

KVUE reached out to the Department of Public Safety.

The agency said it is up to every law enforcement department to enforce the Move Over/Slow Down Law.

If a driver is caught, they can be cited. However, charges could go up to a misdemeanor if someone is injured.

DPS plans to work with TxDOT in the coming weeks to make sure drivers are following the law.

For more information on the Move Over/Slow Down Law, click here.