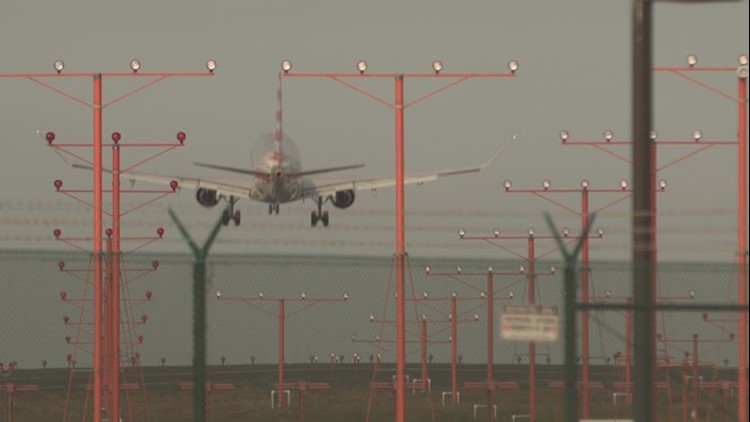 DALLAS — In a rare legal move, Texas is suing California over that state’s 2017 travel ban forbidding all non-essential travel to the Lone Star state.

Almost three years ago, California banned all non-essential state travel to Texas and three other states citing anti-LGBT rights laws enacted in each of these states.

"Our country has made great strides in dismantling prejudicial laws that have deprived too many of our fellow Americans of their precious rights. Sadly, that is not the case in all parts of our nation,” said California Attorney General Xavier Becerra in a 2017 statement announcing the ban.

“California is attempting to punish Texans for respecting the right of conscience for foster care and adoption providers. And as the U.S. Supreme Court said recently in upholding the religious liberty of artist Jack Phillips, disparaging religious beliefs like the California Legislature did here, ‘as merely rhetorical – something insubstantial and even insincere,’ is inappropriate for any entity charged with enacting fair and neutral laws,” said Attorney General Paxton in a statement. “The law California opposes does not prevent anyone from contributing to child-welfare; in fact, it allows our state to partner with as many different agencies as possible to expand the number of safe and loving homes available to foster children. Boycotting states based on nothing more than political disagreement breaks down the ability of states to serve as laboratories of democracy while still working together as one nation—the very thing our Constitution intended to prevent.”

In 2015, the California Legislature passed its original law forbidding state-funded travel to several other southern states. Text of the legislation said: "California must take action to avoid supporting or financing discrimination against lesbian, gay, bisexual, and transgender people."

That legislation prohibited its state agencies, departments, boards, or commissions from requiring state employees to travel to Kansas, Mississippi, North Carolina, and Tennessee.

Texas said the California travel ban requires, among other things, for state employees here to travel to neutral states when conducting official business with California.

It is so rare for a state to sue another state, that the litigation is filed directly with U.S. Supreme Court.