Texas marijuana advocates push for policy reform at the capitol

Over the last few months, a handful of states has legalized marijuana. 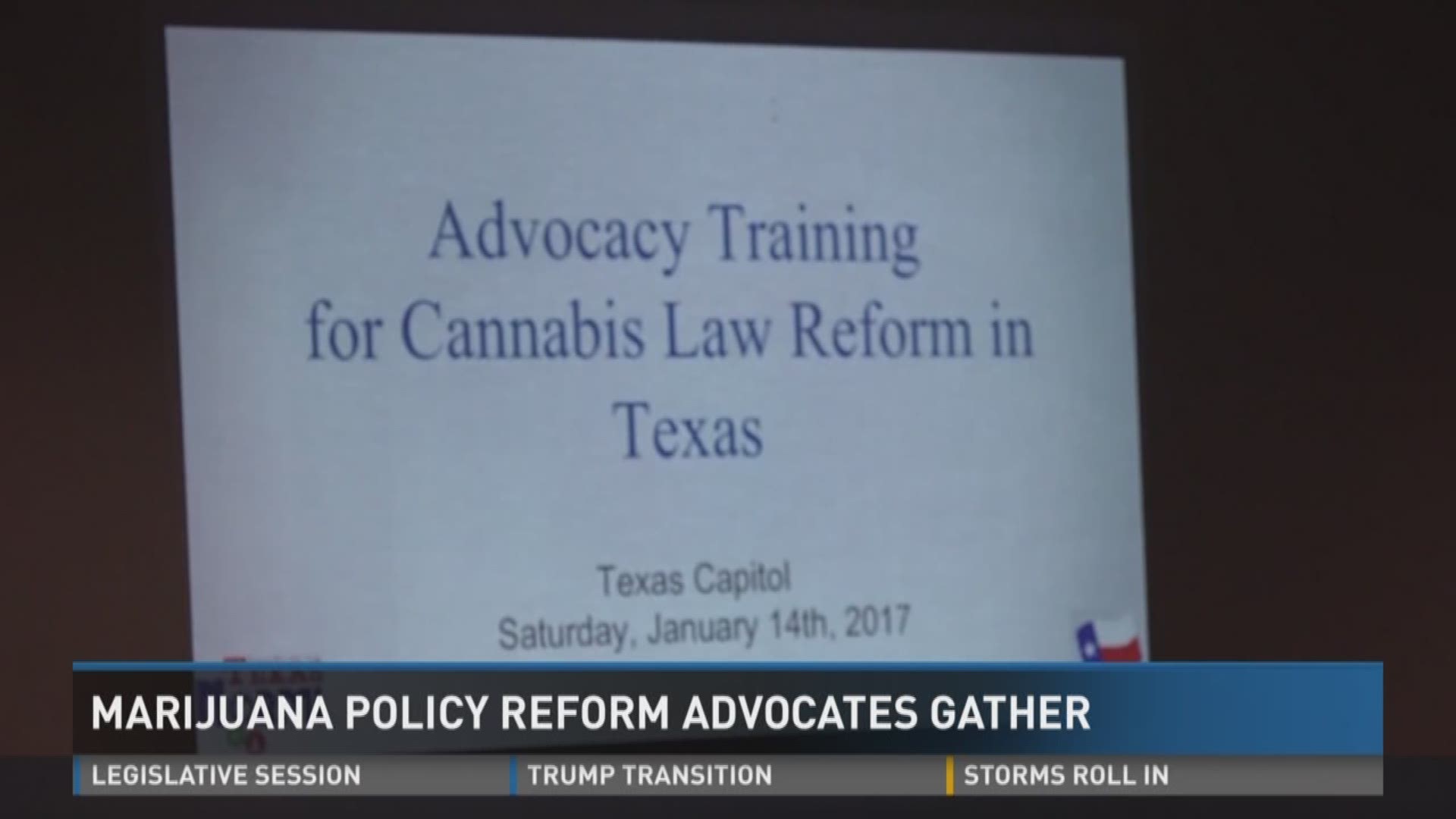 Over the last few months, a handful of states has legalized marijuana.

Texas is not included, but Saturday, a number of organizations working to reform laws related to marijuana, said they're hoping it will be in the near future.

They hosted a "Texans For Responsible Marijuana Policy" advocacy training for the public at the Texas state capitol to try and get people on board.

The organizations at Saturday's training hoped to educate people on how to push for reform in marijuana policy. They talked to attendees about the bills they want to see passed and how to talk to lawmakers.

The bills are listed below:

"Our mission is to make sure the citizens and patients of Texas have safe access to cannabis, so it's important that we're taking steps forward to make sure that patients are protected and that citizens are not being penalized for possession of marijuana," Texas Norml Executive Director Jax Finkel said.

The groups involved in the training have more events planned for the future.

The next event will be at the civil penalties educational exhibit in February.