Thanks to Austin's SpineHope and local Dell Children's Medical Center doctors, a teenager from Guatemala's scoliosis is healed. 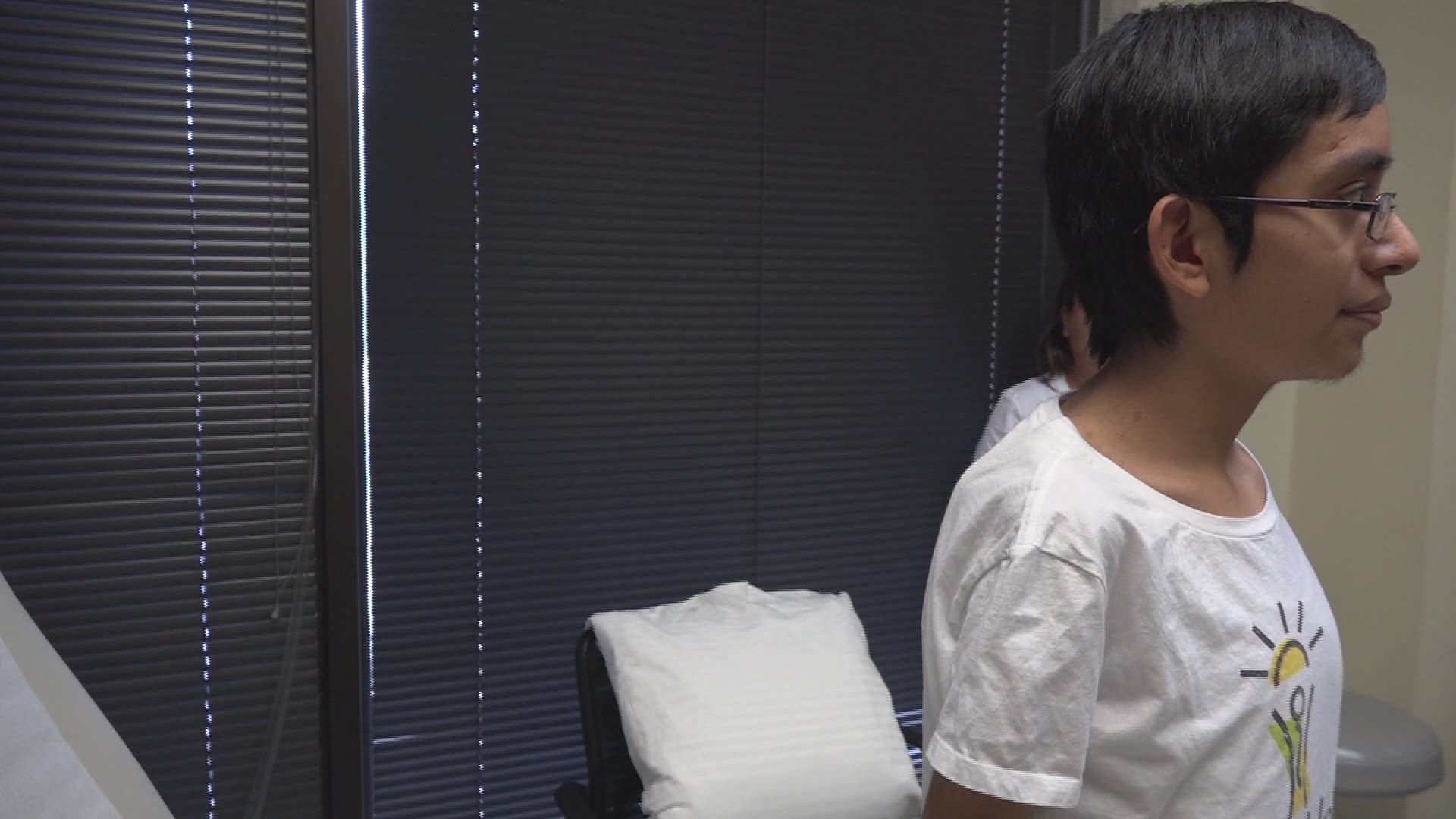 AUSTIN — With tears running down her face, Marleny Esteban cannot believe her eyes.

“In the first place, grateful to God,” she said translated from Spanish.

She is grateful because her only son's back was healed from kyphoscoliosis, thanks to doctors at Dell Children’s Medical Center.

Thanks to Austin charity SpineHope, the family flew from their native Guatemala and had all medical expenses paid for by the charity.

“I will have a much better life than before,” said Samuel Esteban, translated from Spanish.

The 14-year-old not only had his spine twisted front to back, but it curved outward 180 degrees as well.

“I didn’t have constant pain,” Samuel said. “But it was always strong.”

His mother, a single mom, watched him suffer over the years.

"It's putting sort of moderate weights in tractions,” he said. “He walks around with a special walker."

After three and a half weeks of the traction and a surgery, Samuel's spine is almost completely straight.

Doctors said the scoliosis is healed. He is even three inches taller. If the condition had not been fixed...

"He's at high risk at some point for actually going paralyzed, which is really very rare,” said Geck.

His mother is thankful for Dell Children's Medical Center doctors.

“I will be eternally grateful for them,” said Marleny. “Because I know that Samuel will have a full life.”

He and his family will fly back to Guatemala this weekend, where he will finish his studies.