Meeks served as a football coach for 42 years — 37 of those were spent as head coach. 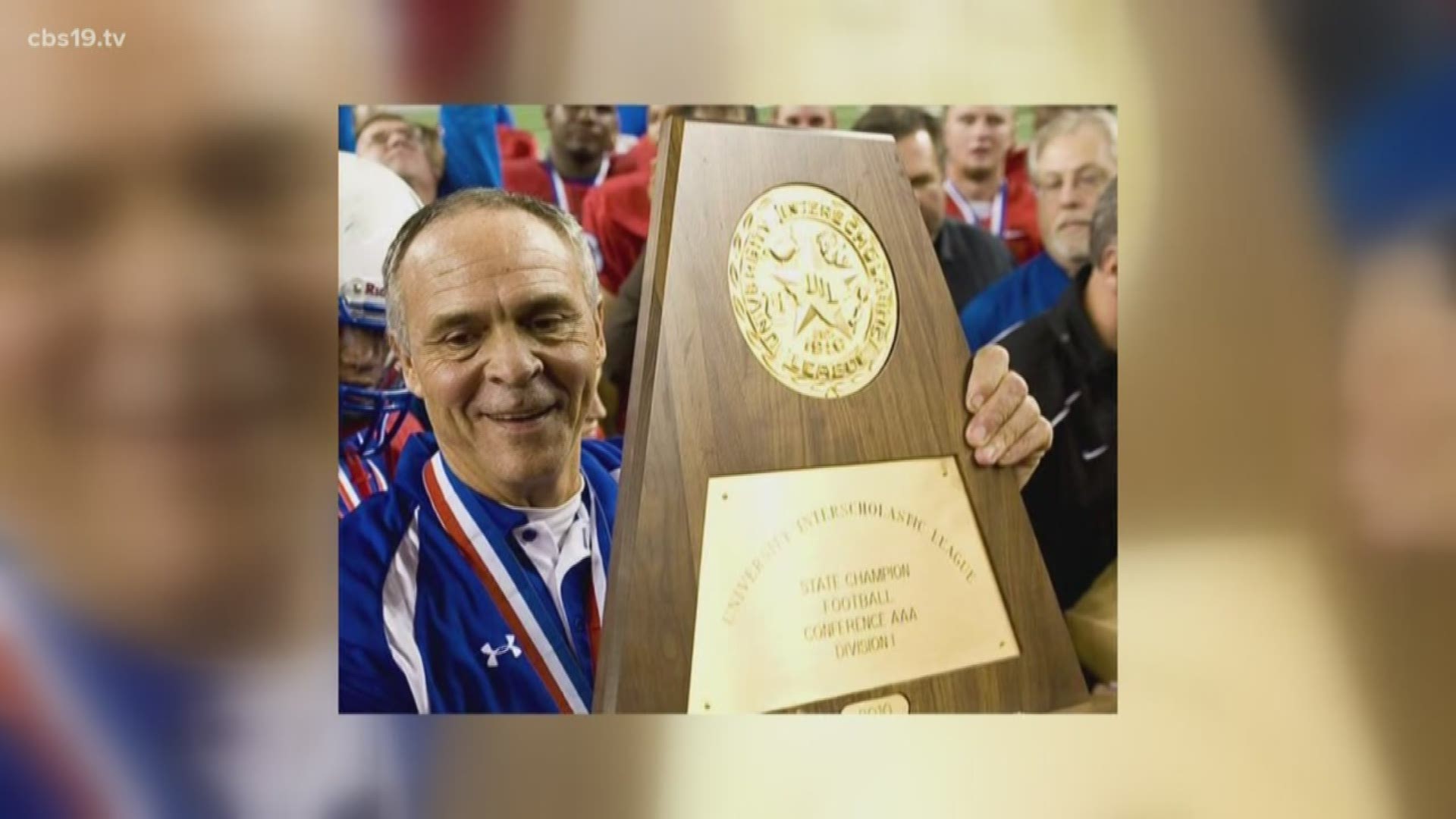 According to Ken Meeks, his brother — legendary East Texas high school football coach Dickey Meeks —  passed away on Monday. He was 66-years-old.

"He was a member of the East Texas High School Coaches Hall of Fame, but he didn’t just get there on the number of wins," Ken said in a Facebook post. "But also the number of winners he molded. His coaching philosophy was different than most. He would create a winning program and then move on to school with a losing program and turn them into winners! He won state championships at Chapel Hill and Henderson, but he created winners wherever he went. Rest in Peace, my BIG BROTHER!   "

East Texas high school football changed much between the mid-70s and 2016. But there were two things East Texans could count on: The unconditional passion of the fans and Dickey patrolling the sidelines.

Dickey was a football coach for 42 years — 37 of those were spent as head coach.

In 1989, Dickey led the Chapel Hill Bulldogs to a state championship over A&M Consolidated.

Dickey would go onto coach at Pine Tree and Mt. Vernon before going to Henderson.

In 2010, the Henderson Lions completed a 12-2 season with a state championship victory over Chapel Hill.

After spending two years at Pittsburg, he retired from coaching due to heart surgery.

Remarkably, Dickey returned to the sidelines in 2015 with a second stint at Mt. Vernon. In 2016, after four decades on the sidelines, Dickey announced he would retire permanently.

"Dickey was such a great influence on so many of us," UT San Antonio head football coach Jeff Traylor said to CBS19's Reagan Roy. "I can remember when I worked for Coach Long at Jacksonville, I would hear he and Dickey help each other all of the time, yet they coached against each other. When I got the job at Gilmer, he did the exact same thing with me. He was always willing to help you in any way, even when we were about to play each other. Ricky [Dickey's son and head football coach/athletic director at Alto ISD] will hear the same types of things said about his dad a lot in the next few days. He will be dearly missed."

Dickey racked up more than 250 victories and a highly respected reputation as one of the greats in East Texas history.

It is with great sadness, and a heavy heart, that I report the passing of former Chapel Hill High School Coach, Dickey Meeks. To say East Texas lost a legend is a great understatement.

Meeks took over as Head Coach for Chapel Hill in 1989 and guided the Bulldogs to the 4a championship playoffs. To many, Chapel Hill ISD had just won state for the first time that year, but under Coach Meeks leadership, that season shaped the rest of our lives. Meeks coached at Chapel Hill until 1996 and to this day he remains highly respected within the Chapel Hill Community. He was not only a coach to me and my teammates, but to many a father that we never had. His commitment to us was unwavering, no matter how many wins or losses we had. Personally, his mentorship lasted well beyond my playing days, and our fond memories of Coach Meeks will last forever. He will be greatly missed by all of us who knew him well.