K9 Lobos retires from sniffing out crime in Fayette County

Lobos, a crime-fighting K9 from Fayette County, is retiring. 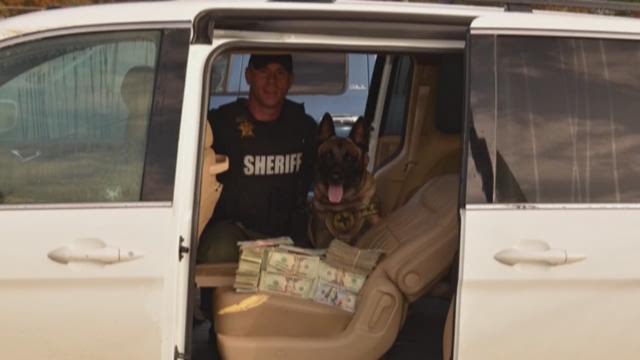 Lobos' owner, Randy Thumann is continuing his work at Fayette County's drug interdiction unit with a new dog, 16-month-old Kolt. By Jan. 7, Kolt had already made a million-dollar bust. He sniffed out $1.5 million worth of cocaine from a car during a traffic stop, Fayette County Sheriff's Office said.

Lobos, now around 10 years old, was born in the Czech Republic. He was imported to the American Society of Canine Trainers, or ASCT, in Virginia, where he started his training. After passing several tests, Lobos was certified to do Narcotics, Tracking, Bite Work and Handler Protection. After his certification, Lobos was matched with Thumann.

Before Lobos, Thumann's dog was Knight, a German Shepherd. Unfortunately, Knight died on the job six years ago.

KVUE's media partners at the Austin American-Statesman reports Lobos will spend his retirement on a ranch with a close relative of Thumann’s.

Kara Koether with The Fayette County Record estimates Lobos kept approximately $2,520,000,000 worth of drugs off of American streets throughout his career.

$775,000 in meth now off the streets thanks to Fayette County's Lobos