Georgetown Library now offers social services for those in need. 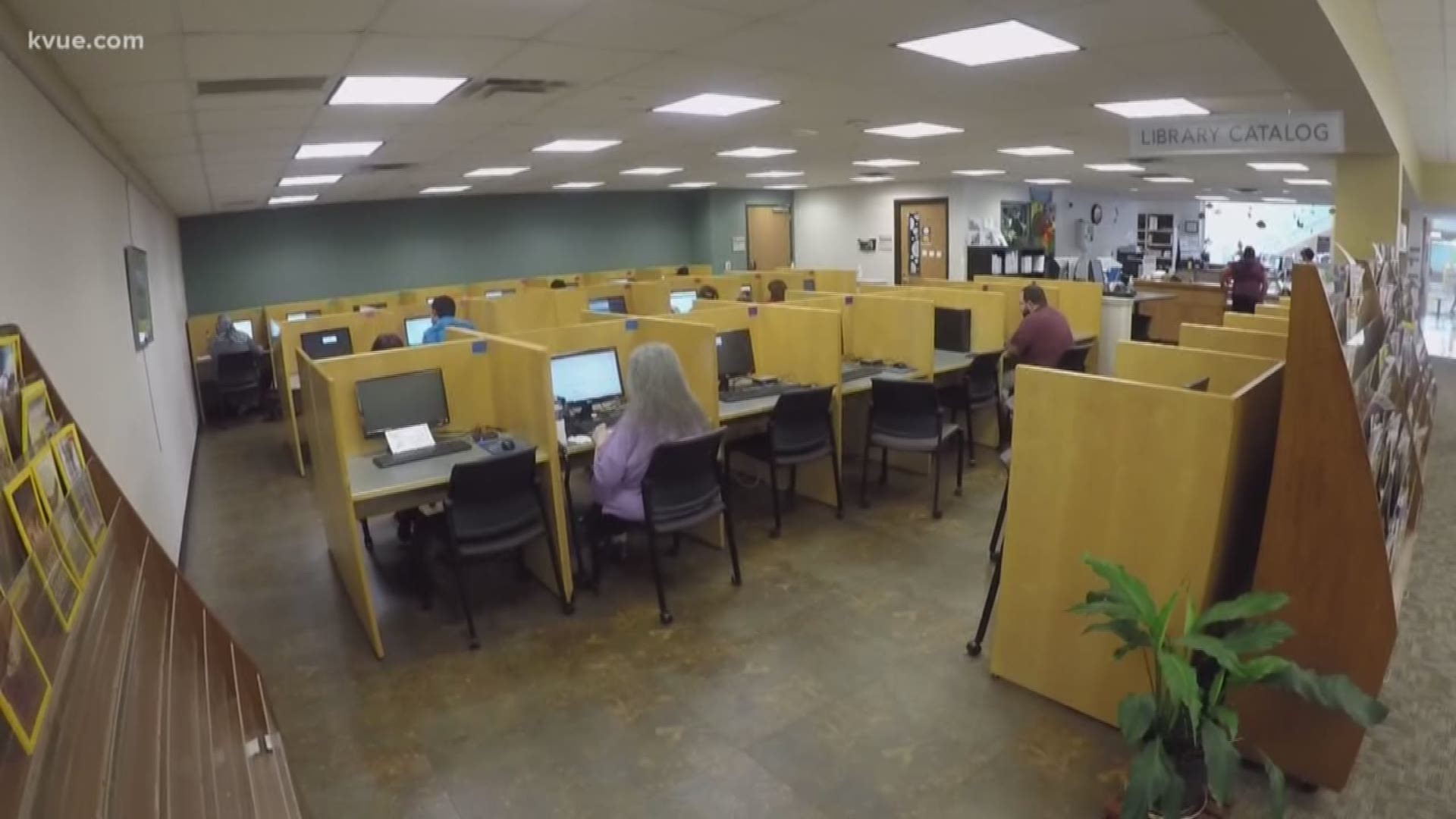 With the new library opening in Downtown Austin, many are noticing some extra amenities, aside from just checking out books.

It's a concept that Georgetown's library has been working on for the past decade. Now, the city is taking that a step farther.

Library Director Eric Lashley said they see about 30,000 visitors each month, and said that will only increase as the population grows.

It’s not the typical quiet library you’re used to.

"Our library is more like a community center in some ways. It's a place where people are coming for information, for entertainment, the Internet, a quiet place, even a place to have coffee, and now with our bus stop, it's a place for transportation too,” said Lashley.

With the Red Poppy Coffee shop, the central location for public bus routes, and several activities for all ages, people are always coming and going.

"Just a lot of stuff, you know it's more than just a library,” he said.

And with all those people coming through the doors, Lashley said the answers to some of their questions can't be found in a book.

"A number of people just hanging out here all day, just not knowing exactly where to turn,” said Lashley.

That’s where Lloyd comes in. He’s the community resources coordinator, and a licensed social worker, who helps pair people in need with a local service agency.

"If you need help with a book, or using a computer, our library staff talks to you. If you need help finding some housing, or maybe a GED, then usually I would be the person you would talk to,” said Lloyd.

Lloyd sees people who need financial help, low-cost legal services, or even a hand out of a domestic violence situation.

"Our library has been quick to identify that kind of gap and try to address it,” said Lloyd. "The library is a welcoming place to folks, and it's a place that people trust, and I think that especially if you're coming with a question that's about some hard stuff going on in your life, that trust is really important."

Lashley said they realized there was a need.

Now, Lloyd has even trained the staff in mental health first aid, and how to administer anti overdose medication.

But Jackson told KVUE he worries about potential downsides.

"Social issues like that shouldn't be put on the library to handle, in my opinion," said Jackson.

As for Lloyd, this year he's given about 150 people in-depth help. But he anticipates that number will increase in the future.

"We want the library to be a welcoming place for everybody,” said Lloyd. "I think this library is very proactive, and we see ourselves almost more as a community center than just a library."

Lloyd is also keeping track of the needs to help the community fill in the gaps.

"So that we as a community can kind of start to identify where some of our own gaps are, here in Georgetown, because not everybody is able to get their needs met,” said Lloyd.