The Heartbeat Act prohibits abortions in Texas once a fetal heartbeat is detected, which typically happens six weeks into pregnancy. 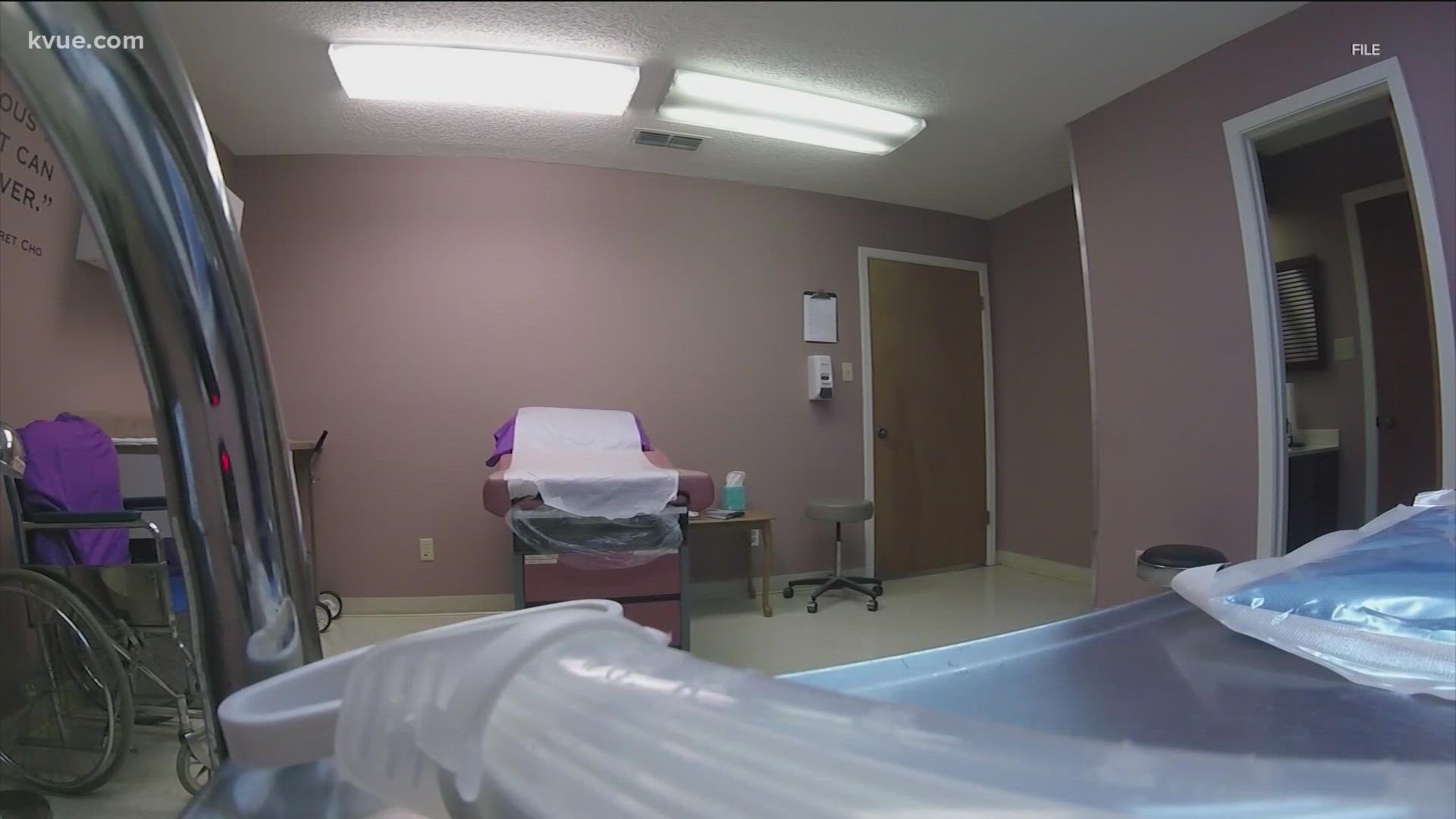 AUSTIN, Texas — Abortion clinics and reproductive health physicians are feeling the immediate impact of the most restrictive anti-abortion bill in the country.

The Texas Heartbeat Bill, or Senate Bill 8, took effect on Sept. 1, barring abortions in the state as soon as a fetal heartbeat is detected with no exception for rape or incest. Typically, that happens six weeks into pregnancy.

The only exception is if a woman is experiencing a "medical emergency" that puts their health at risk. That determination is left to the discretion of the physician.

Since Wednesday, Planned Parenthood started turning away people seeking an abortion, according to Sarah Wheat, a spokesperson for the organization. That is approximately 80% to 90% of the clinic's patient load, she said.

While the clinic opposes the law, Wheat explained their organization will abide by it.

"Our staff are really struggling as they are having to inform patients who are contacting us that whatever decision they may have been hoping to make is no longer an option for them in a health care setting in the state of Texas," said Wheat.

She explained that some Texans are fleeing to clinics out-of-state, where it is legal to get an abortion, including Colorado and New Mexico.

Abortion providers and reproductive rights groups filed an emergency appeal to the U.S. Supreme Court to stop the law. However, in a 5-4 vote on Wednesday evening, the court denied it.

"This law will save the lives of thousands of unborn babies in Texas and become a national model. I pray that every other state will follow our lead in defense of life," Patrick stated in a press release on Thursday morning.

Texas Right to Life, a pro-life organization, is confident they will overcome these lawsuits.

"We are optimistic that the Texas Heartbeat Act will continue to survive ongoing and future legal attacks against this historic policy," the organization stated on Thursday.

President Joe Biden also pushed back on the Texas law, calling it an "unprecedent assault on a woman's constitutional rights under Roe vs. Wade."

President Biden is now directing the Gender Policy Council to look into this law and fight for women's access to safe and legal abortions.

While this legal battle ensues, physicians are also navigating the new law in order to prevent getting sued.

The law also allows almost anyone to sue a Texas doctor who performs or has an intent to perform an abortion or anyone who aides a woman in receiving an abortion and recover at least $10,000 if the lawsuit is successful. The new law states a man who impregnates a woman through rape or incest cannot file a lawsuit.

Nancy Binford, a private practice obstetrician and gynecologist in Austin of more than 20 years, told KVUE one of the roles of her job requires that she provide women with an unplanned pregnancy, their options. Typically, that would include abortion.

Binford believes the law is unclear and vague regarding what physicians can speak about.

"This is leading me to a lot of fear about how I can maintain my patient's privacy and my own safety as a practitioner, now worried about getting sued in civil court over even giving patients advice," Binford explained. "Politicians really have no role in in health care decision making."