Only one passenger suffered serious injuries that required surgery. 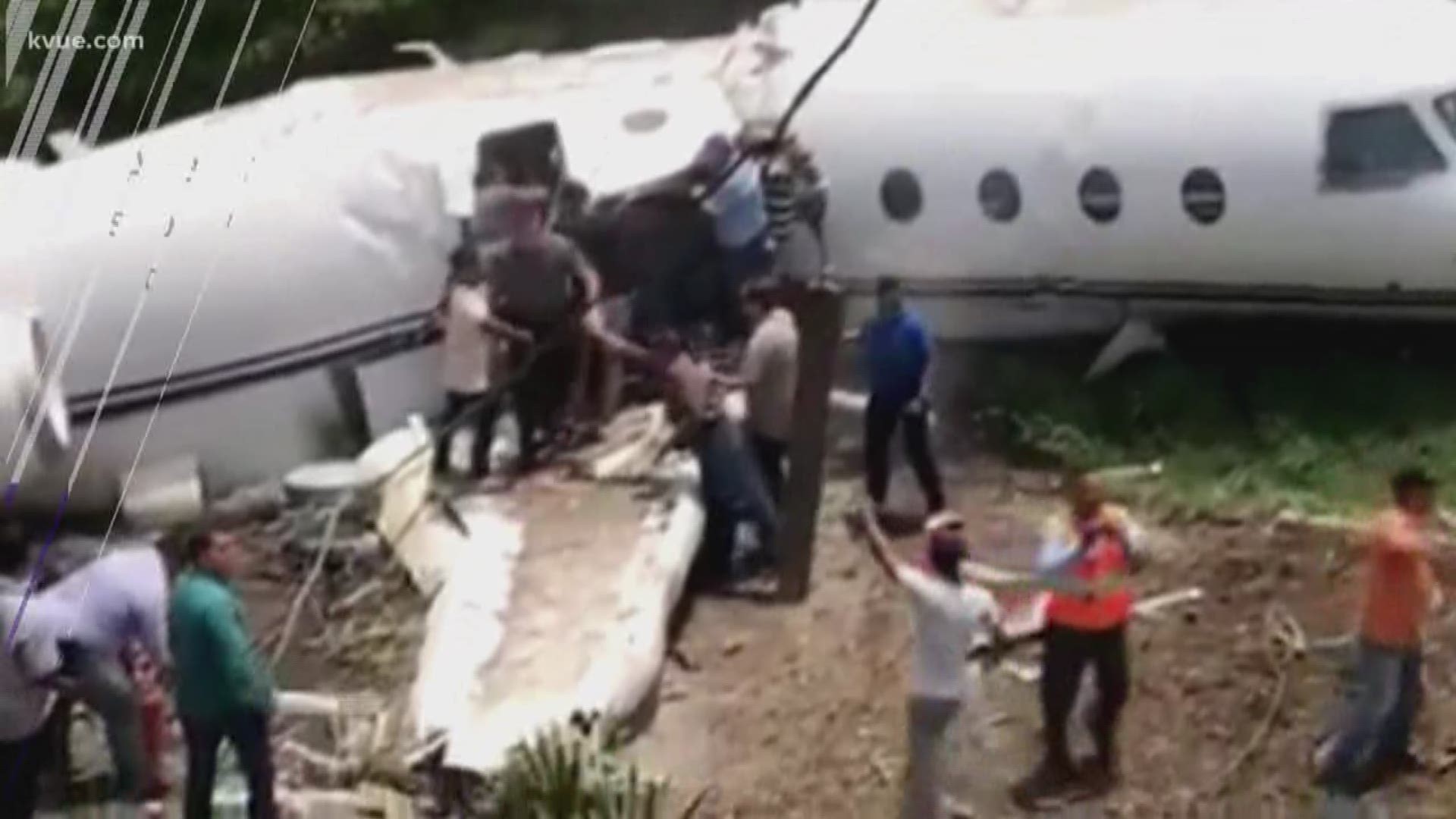 AUSTIN — New video showed a private plane traveling from Austin Bergstrom International Airport just moments before it came to a crashing stop at an airport in Honduras on Tuesday night.

Four of the passengers worked at EZCORP, a pawn shop corporation headquartered in Rollingwood, Texas.

The COO, Joe Rotunda, underwent surgery on Tuesday and is recovering. The other three employees only got minor bangs and bruises.

The video of the private plane showed it taxiing down the runway before it crashed.

Rotunda's son sent KVUE this statement on Wednesday about his father.

"As a family, we have been overwhelmed and humbled by the support we have received since receiving the news that Joseph "Joe" Rotunda, husband and father, was injured in a plane accident at the Toncontin International Airport in Honduras.

Anyone that knows Joe will tell you he is a fighter. We are constantly receiving updated information about his health and well-being, and his prognosis is positive. We are hoping to receive even more medical information over the coming hours, days and weeks. We pray that this information confirms our hope that Joe is on the way to recovery.

We are looking forward to the time that Joe can return home to Austin, Texas. In the meantime, we would ask that our privacy continue to be respected and, when we have news, we will share it at the appropriate time. Until then, we will continue to hope and pray for Joe, and look forward to visiting him in a hospital and seeing him very soon."

Honduras officials told ABC News that six people -- five Americans and one Venezuelan -- were on board the private jet:

Officials told ABC News everyone aboard the plane was taken to the hospital but only one person was transported on a stretcher. All patients were treated for minor injuries, officials said.

Photographs posted by the agency show a white Gulfstream jet that appears broken in half near the center. Firefighters sprayed foam onto the crash and part of the plane appeared to lie across a street.

The agency said Tuesday through Twitter that first responders were working to rescue passengers. There was no immediate word of deaths or injuries. The FlightAware website says the flight originated in Austin, Texas.

Tegucigalpa's airport has long been notorious one of the more difficult approaches in the hemisphere, surrounded by mountaintops and residential neighborhoods. Authorities asked drivers to avoid the area.