Kyle boy with half a heart to get dream hockey rink thanks to community, Make-A-Wish 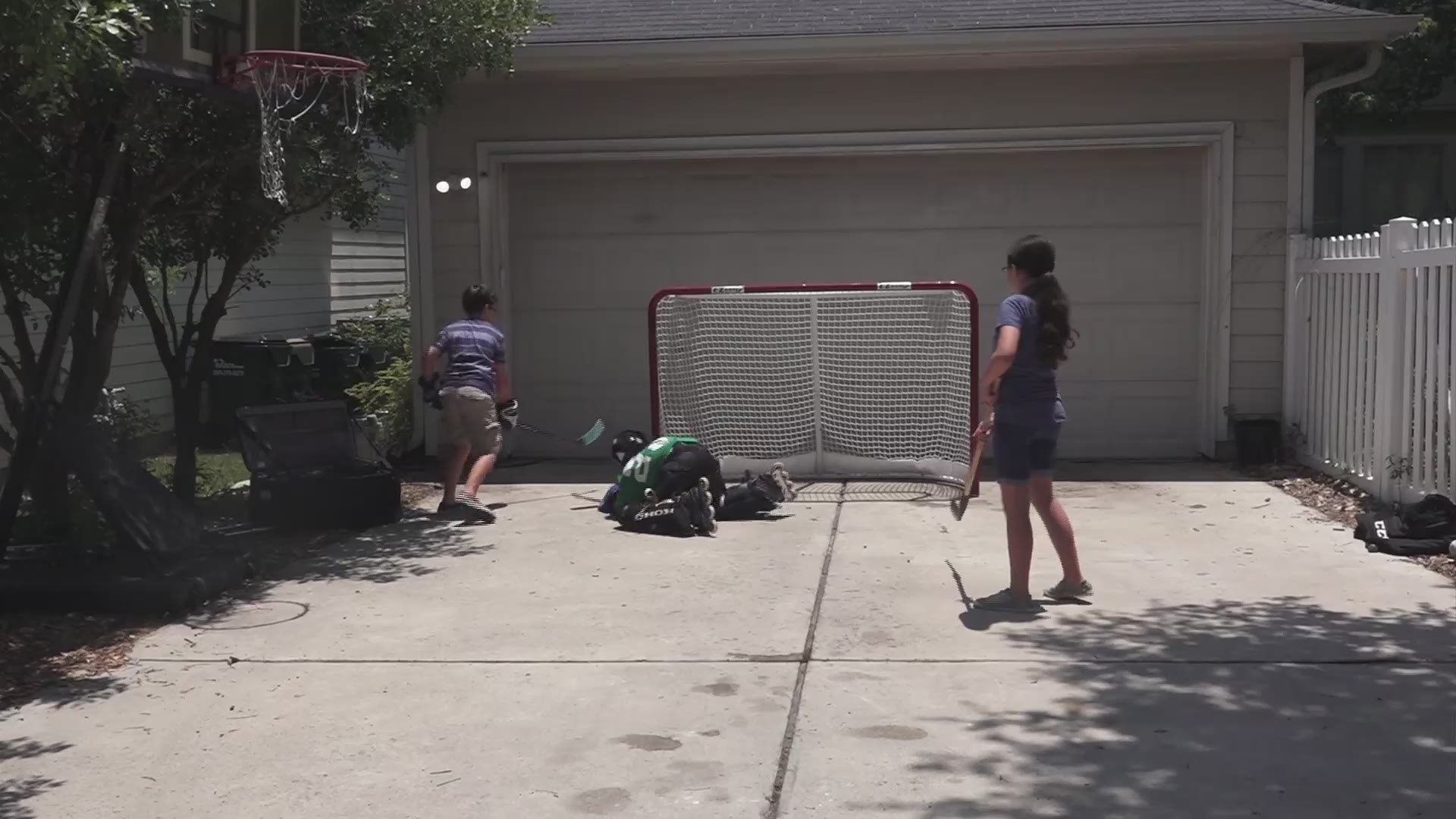 KYLE, Texas — From having heart surgeries to taking on hockey puck shots, Ash Crane said he's not letting his heart condition stop him from playing his favorite sport.

Gearing up is an everyday routine for Ash, who puts on pounds of pads in this Texas heat.

"The leg pads are probably the hardest to put on," he said.

For this 10-year-old, the grueling task of gearing up is about doing what he loves most -- playing hockey.

"It's kind of tough because usually the goalies are bigger than the net," Ash explained.

Ash may be small, but that's not getting in the way for his love of hockey, and he's overcoming more than just his size.

So far, Ash has endured more than 20 heart surgeries, but nothing has taken away his love for the game. His courage in playing a sport is something the community of Kyle is taking notice.

Ash's dream in having somewhere to play will finally become a reality at Gregg Clarke Park, where the city of Kyle is partnering up with the Make-A-Wish Foundation to make a hockey rink.

"It makes me feel grateful and thankful of how generous the people are," Ash said.

Ash said being able to defy the obstacles and his passion for hockey is what keeps his heart running.

With every moment spent all geared up, Ash shows that the greater the obstacle, the more glory there is in overcoming it.

"There is no point in making the sacrifices we made by keeping him alive if we're not going to let them do what they want to do," his mother said as Ash takes on one last hockey puck.

The Kyle city manager said the goal is to break ground on the hockey park by fall.

So far, the community has raised hundreds of thousands of dollars and are getting very close to reaching the goal to fully fund the pavilion.

On Saturday the family, Make-A-Wish and the City of Kyle held the "Ash Bash" Concert Benefit to help raise money and show support for Ash's wish.

“I don’t really know how else to describe it. The number of people that are offering their support and the donations that have been coming in, it’s just absolutely incredible I never would’ve imagined this was gonna happen," said Stephen Crane, Ash's father.

The benefit was held at The Railhouse in Kyle and included live music, a silent auction and hundreds of people showing support.

“Today just touches my heart that the whole community has come out and done this that the city of Kyle was willing to put so much work and effort into making this happen," said Lisa, Ash's mother.

The city is confident that the pavilion will be opened by the end of 2019.

If you are interested in helping the City of Kyle fund for the hockey rink, click here.

This inspiring little guy is what I live for.

Ash is an example to always follow your heart to make your dreams a reality.

“He has a huge heart, that’s why God only sent him with half,” his mother said. pic.twitter.com/Wgl4EtGxal