'Our people were left behind' | Low vaccination rates among Travis Co. Latinos 'not surprising' to advocates

The Travis County Latino community makes up almost 34% of the county's population but accounts for just 19% of vaccinations. 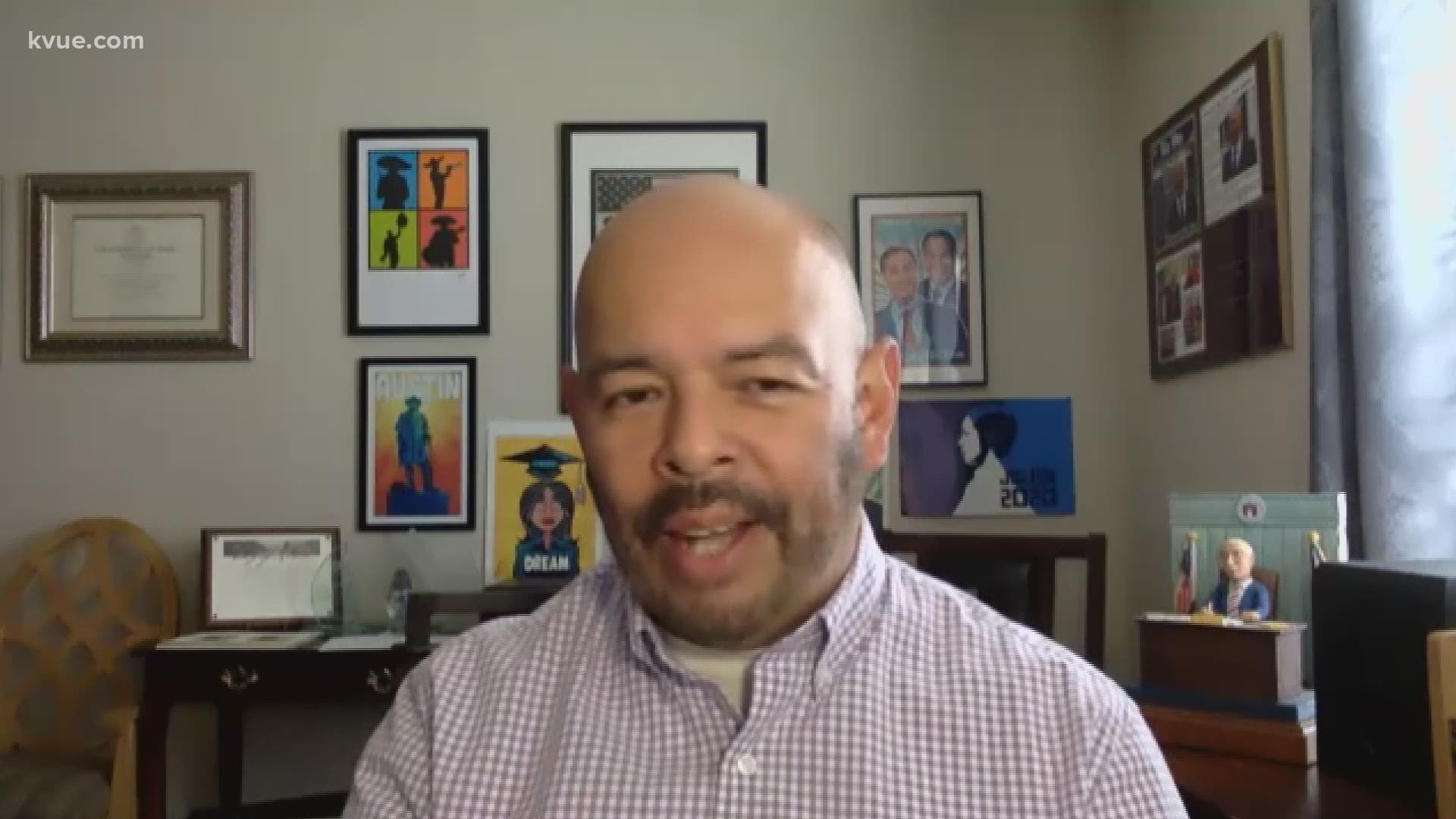 AUSTIN, Texas — Vaccination rates for Austin's Latino community are alarming to some advocates, but they said it's not surprising. The Austin Latino Coalition said throughout the entire pandemic, help was lacking from local government to vaccine minority populations.

"They actually appointed providers and contractors to our coalition. So for the last month, we have been providing vaccines to our hard-to-reach vulnerable populations, specifically in the areas of ZIP codes that have been most disproportionately impacted," Saldaña said.

The Austin Latino Coalition said there could be many reasons for this. First, Saldaña said parts of East Austin don't have the infrastructure needed to give out doses. Second, there's a lack of trust in the government or the vaccines themselves. Third, most Latinos in Austin are frontline workers, so finding a time to get vaccinated is hard. Fourth, some households don't have internet to sign up for appointments online.

"I think those issues, combined with the fact that the City and the County did not do a good job of making sure that we reached our vulnerable populations during this pandemic and giving them equitable access to the vaccines," Saldaña said.

"We're trying to do our part," said Jill Ramirez with the Latino Healthcare Forum, "We go to any business that will allow us to set up a table outside. When people come in and out, we talk to them and we ask them if they want to take the vaccine. If they say yes, we have a list of where the vaccines are being located."

Ramirez said if they don't do that, she's not sure who would help the community. She said the Latino Healthcare Forum's efforts have helped close to 2,000 people get the vaccine and they're going to keep trying to get that number higher.

"We're doing as much as we can right now to reach people," Ramirez said.

According to the latest edition of the Kaiser Family Foundation COVID-19 Vaccine Monitor, many unvaccinated Latinos in the U.S. want the COVID-19 vaccine shot but are concerned about missing work due to side effects, misinformation about paying for the vaccine or difficulty getting to the vaccination location. Other issues reported by the KFF are concerns over being uninsured or undocumented.

Saldaña said they do see an end in sight with the State's help, but there's still a lot of work to be done to help Latinos in Central Texas.

In Austin-Travis County, the Austin Latino Coalition reports there have been 863 deaths from the coronavirus and Latinos represent 49% of those deaths, or 429.

In addition, the Austin Latino Coalition and the City of Austin's COVID-19 dashboard reports the following ZIP codes have some of the highest COVID-19 cases/positivity rates:

Austin Latino Coalition said those ZIP codes have the largest percentage of minority residents and 78744 has the largest Latino population.

The coalition plans to hold a vaccination clinic on May 14 at McCallum High School at 3:30 p.m. for ages 12 and up.

Austin Public Health (APH) officials are well aware of the low vaccination rates in minority communities and have been working with community partners – including the Austin Latino Coalition – to address them. APH has also spent nearly $1 million ($961,000) on advertising for COVID-19 vaccines specifically targeting Hispanic media.