This is the first inmate to test positive for COVID-19 at the Travis County Jail. 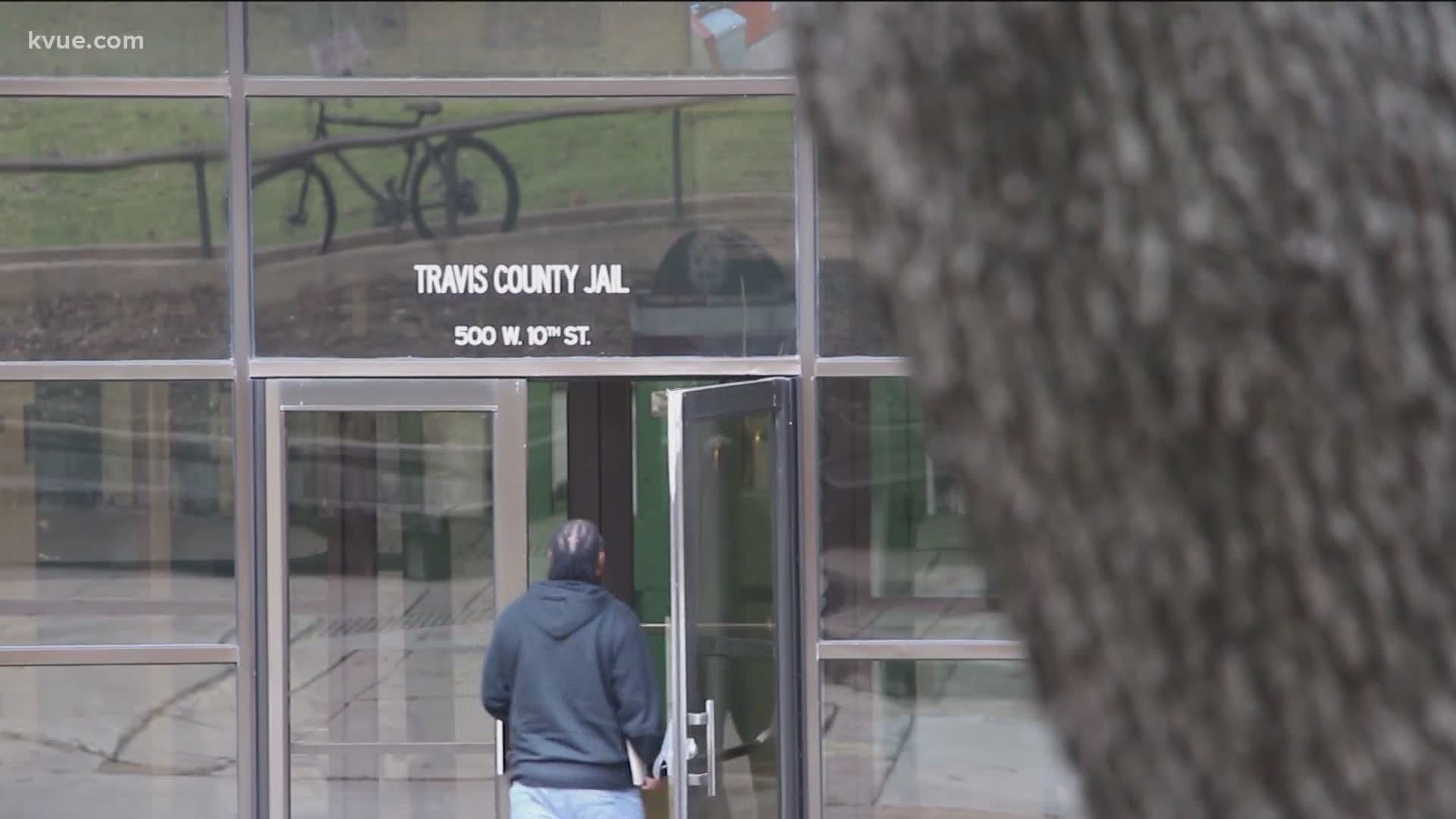 The inmate had been in custody at the jail for three days and had spent all three of those days in the jail's quarantine unit.

The inmate was initially placed within that unit because of the responses they gave to questions included in the Centers for Disease Control and Prevention guidelines. The sheriff's office could not provide the age or gender of the inmate because it would violate HIPPA law.

"All inmates in quarantine (whether it be the quarantined with symptoms or quarantined – confirmed positive) are housed in single-occupancy cells that utilize an energy recovery exhaust system. Each cell independently exhausts air out. The HVAC is not a recycled airflow system. Travis County Jail is, therefore, remarkably well suited for this emergency quarantine," the spokesperson said.

The sheriff's office is conducting contact tracing and will notify anyone who has come in contact with the inmate.

The inmate has been moved to the Quarantine – Confirmed Positive Unit, which only houses inmates who have tested positive for the virus. The inmates do not share a cell and are seen by doctors twice a day.

As of May 26, there were a total 1,813 inmates at the Travis County Jail. Thirteen of them were in quarantine, and 237 were in isolation.

The sheriff's office has tested at least 103 inmates. As of Tuesday, at least nine of them were awaiting their results.

At least five corrections officers and two administrative and support employees have tested positive for the virus.

Advocates in Austin have called for more coronavirus testing inside the Travis County Jail.