Two 2nd grade teachers at a Skipcha Elementary went viral on TikTok after posting a video of one of their unique online lessons for students. 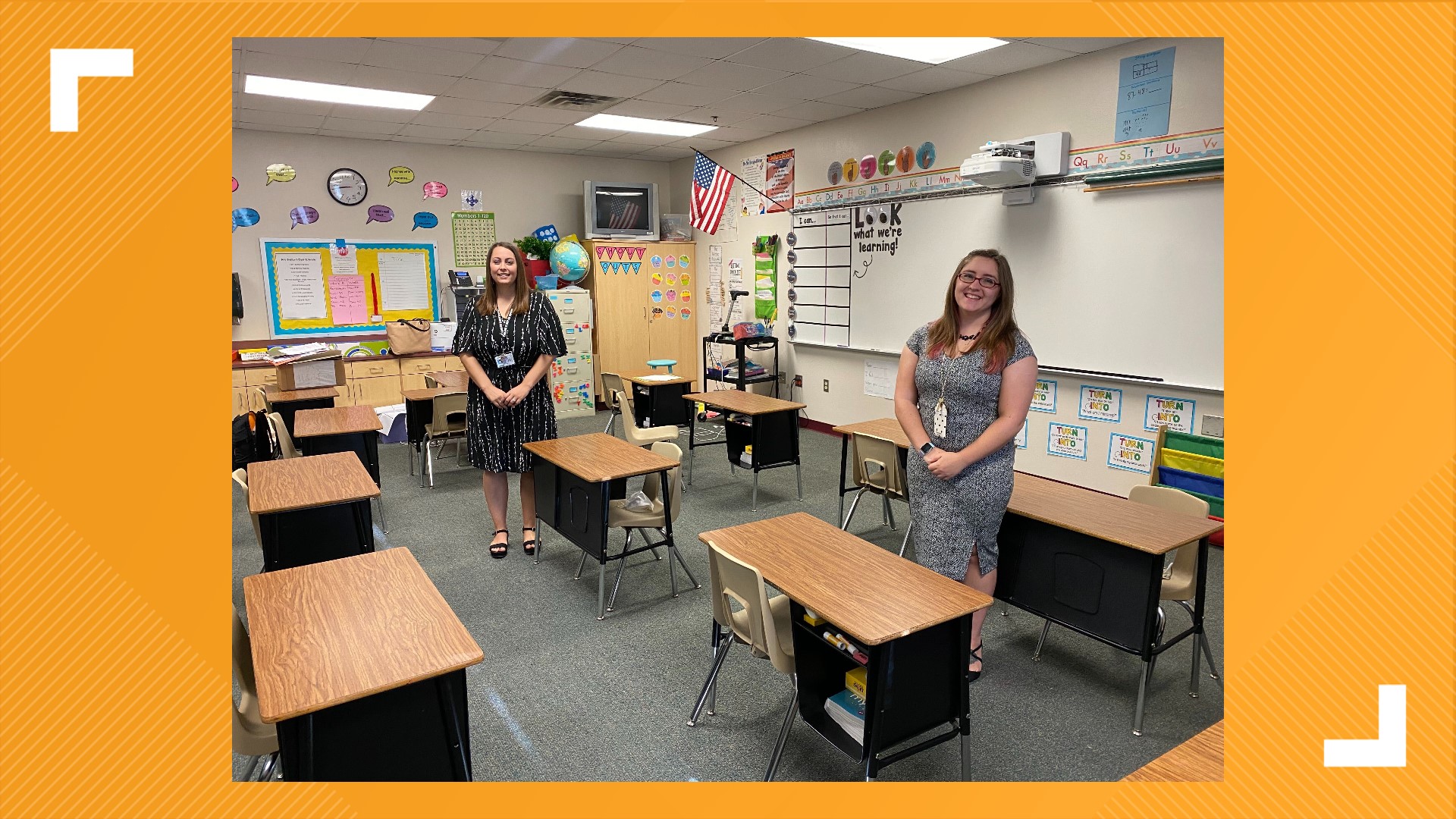 HARKER HEIGHTS, Texas — What started as a fun portion of Skipcha Elementary, teacher Ashlee Skelton's math lesson has turned into a viral video on TikTok with 14.6 million views at the time this article was written.

"I was in my classroom doing reading plans and I heard the song," fellow teacher Hannah Roddy said. "I came to peek through her window to see what she was doing and I was like, this has to be filmed."

The video shows Skelton dressed up in a shark costume, dancing to the "earworm" song Baby Shark and demonstrating for students number inequalities. Roddy posted the video onto her TikTok account Wednesday.

"All of the followers I had on TikTok were my family members and some friends. So, I did not think really anybody would see it," Roddy said.

The Killeen Independent School District started school online for the first few weeks and will be returning to in-person on August 31.

"You know virtual learning is kind of hard on everyone it's a necessary thing we need to do right now to keep everybody safe, but we know sitting in front of a computer for a long-time can be difficult," Skelton said.

Skelton has not met her students in person yet but said they enjoyed the video. She said doing the video by herself was partly strange, but also made it a little bit easier.

"I think I heard some parents cringe in the background at the song that was used, but the kids really enjoyed it and they were super excited about it," Skelton said. "Just to see them laugh behind the computer screen, just kind of made it all worth it."

Roddy said every teacher she knows is like this, doing something extravagant or "extra" to engage their students.

"I just happened to be next door and caught it on camera," Roddy said. "I think it's just what we love to do, is to engage kids and watch them smile and grow," Roddy said.