2-year-old killed during home invasion near Houston; suspects on the run

His mother said she heard the shots and thought they were fireworks. The child's father and a friend of the father were wounded in the shooting. 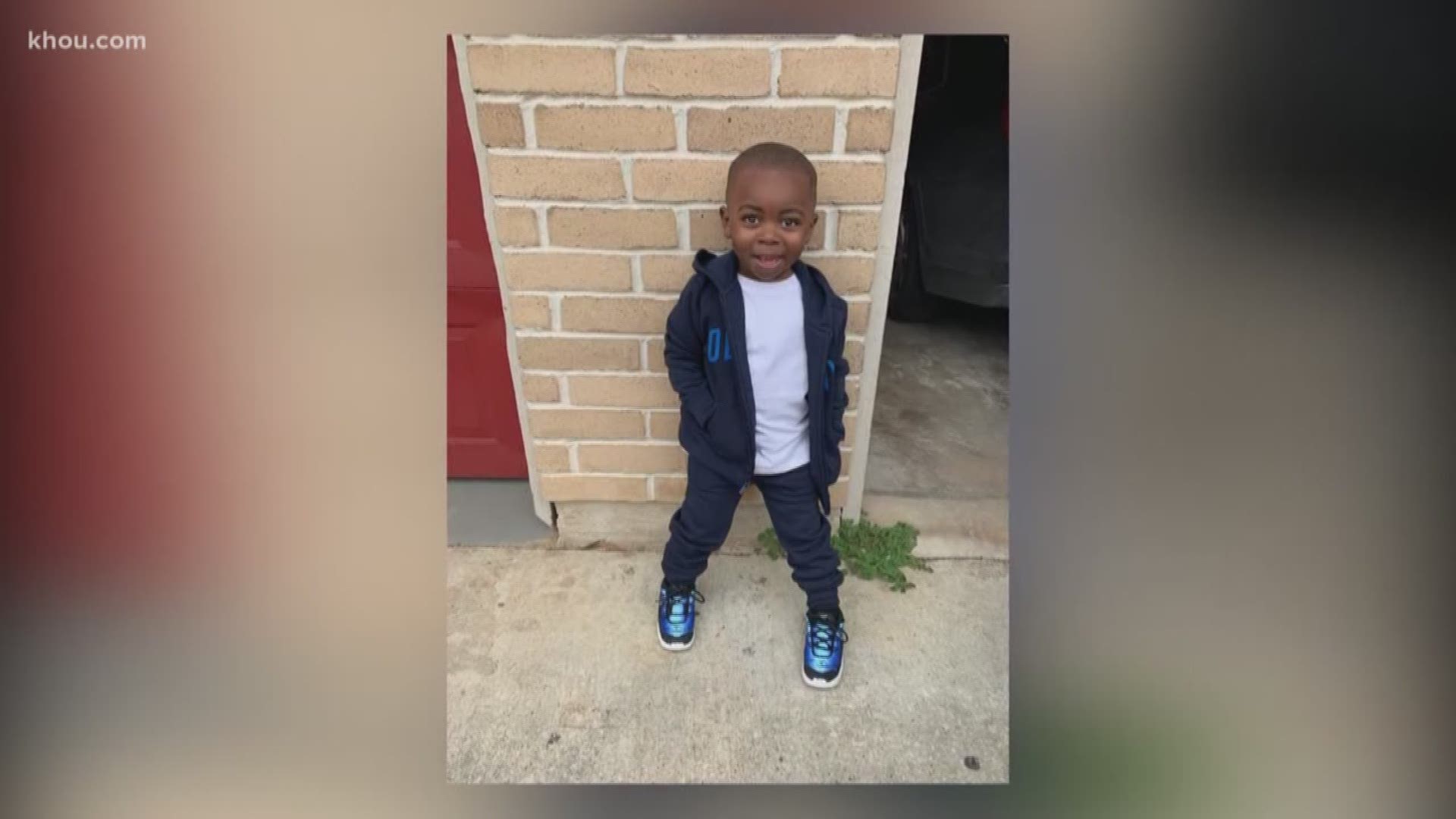 HARRIS COUNTY, Texas — A 2-year-old boy was fatally shot and two other men were wounded in a home invasion and robbery in Spring, according to the Harris County Sheriff’s Office.

The shooting happened Tuesday, shortly before midnight, at an apartment in the 2800 block of Trailing Vine. That's in a neighborhood not far from Cypresswood and the Hardy Toll Road.

Credit: Courtesy
This is 2 year old Ivory West Jr. - called T.J. by his family, who described him as being the “life of the party.” His family just shared this pic - sadly, he was shot and killed this morning during a violent home invasion. His 2 killers, are still out there.

Sheriff Ed Gonzalez says their investigation shows that the gunmen shot the father and the family friend first and then saw little T.J. and shot him.

The gunmen fled the scene and remain at-large at this time. Investigators say they are not ruling out that the father may have been targeted in this robbery.

Deputies said the child died at the scene. His father was airlifted to the hospital. Investigators say the father was shot nine to 10 times.

They added that the family friend was shot in the leg.

The child's mother and a 1-month-old were home at the time. She told investigators when she heard the shots, she thought they were fireworks so she went downstairs to the garage to see what was going on.

The sheriff believes those fireworks may have been used as a distraction by the two men.

That's when she was accosted by one of the suspects. The suspects demanded money from the mother, but they fled the apartment empty-handed.

The family says they have no idea who the shooters were.

Bright-eyed with a big smile, little TJ was described by his family as the “life of the party.”

Credit: OnSceneTV for KHOU 11
The shooting happened early Wednesday in the 2800 block of Trailing Vine in a neighborhood not far from Cypresswood and the Hardy Toll Road.

A detailed description of the suspects was not immediately available, but they were described as two black males about 25 to 35 years old, 5 feet 10 inches to 6 feet tall tall. One was possibly wearing a black hoodie and the other a red hoodie.

"This is unacceptable, you know, this is our community," said Sheriff Ed Gonzalez. "When you're shooting kids, I mean this is senseless and unacceptable. I know our community joins us in saying this has to stop."