75 years after toddler, mother separated at Auschwitz, families meet for the first time

Dena Morris and Jean Gerhart had been searching for family members their whole lives. A few weeks ago, they met their niece for the first time. 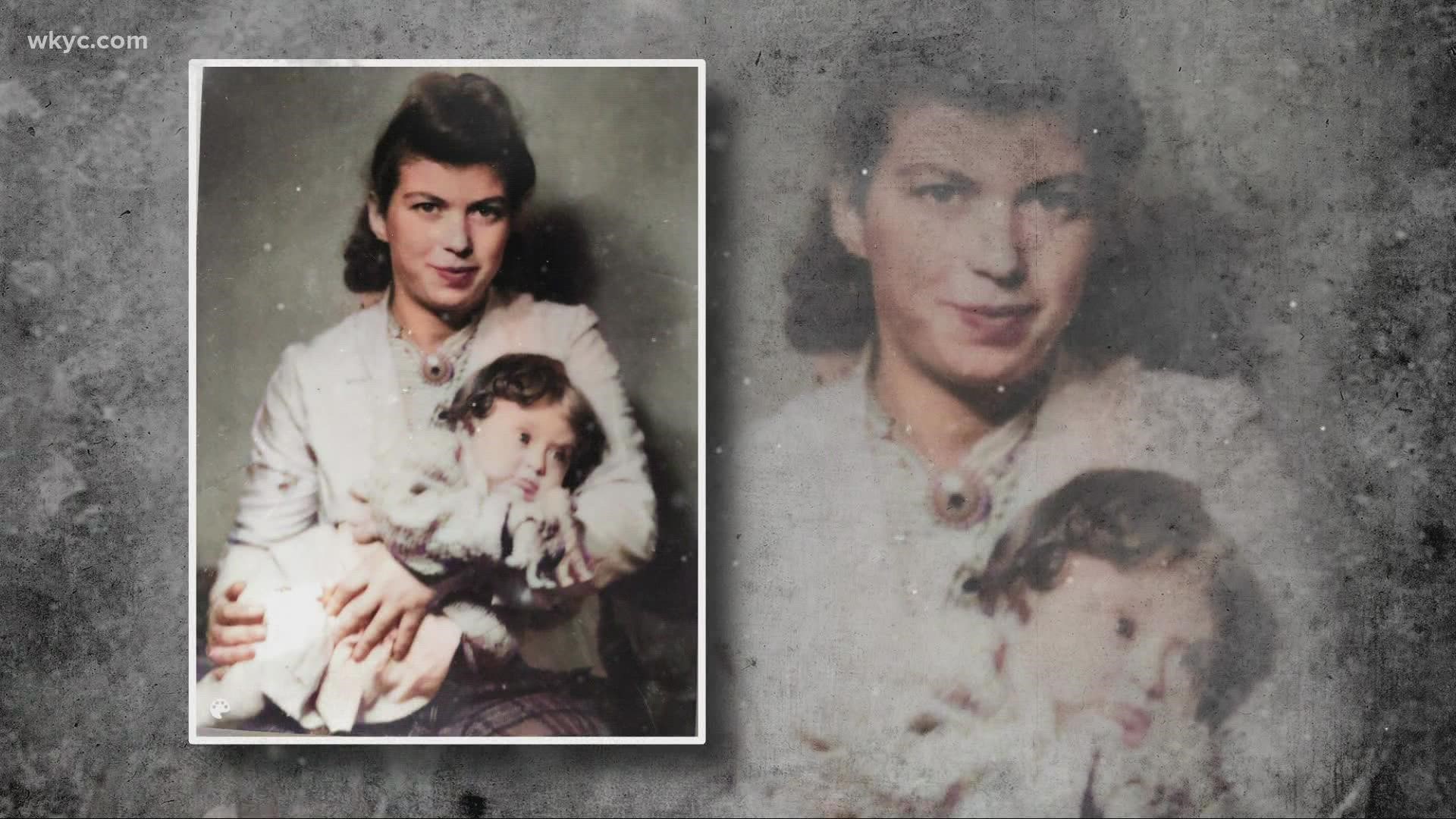 LOUISVILLE, Ohio — Watching Dena Morris, Jean Gerhart, and Clare Reay interact leaves you thinking, It's as if they're exactly where they're meant to be.

But the reality is, their story began 75 years ago when a heartbreaking separation happened at Auschwitz.

"When my mother and Eva were separated, she was somewhere between one and two years old," Dena said of her mother, Dora, and Dora's daughter, Eva.

Dora and Eva were captured by Nazis in Poland during World War II. They were taken to Auschwitz, then separated. They survived but were never reunited.

Dora emigrated to America with her husband and two daughters, Dena and Jean. The family settled in Canton, Ohio.

Her daughter, Eva, was adopted and raised in the United Kingdom. As they lived separate lives across the world, Dora would spend the rest of hers, searching for Eva.

Dora's daughters say their mother was obsessed with finding Eva. They tried to help for decades.

"That was well prior to the computer age. So until Jean and I got older, we were at a loss to try to help find her," Dena said.

Dora made frequent trips back to Germany, scouring orphanages, looking for any sign of her daughter. Sadly, she passed in 1996 from cancer. She never found Eva.

Her daughters Dena and Jean promised they would keep trying.

"We hit a few brick walls and we were disappointed and it was up and down from there," Dena said. "Until we found myheritage.com."

DNA tests confirmed there was a match. Not Eva, but Eva's daughter Clare. Eva didn't live to see this day, but Dena and Jean are joyful of their newfound niece in England.

"It wasn't until Dena explained the circumstances of how her mother, their mother, became separated from her daughter, that I realized it had to be the same person," Clare Reay said of discovering her aunts.

In June 2020, "TODAY" reunited Clare and Dena over Zoom. The two were thrilled to meet, but longed to see each other's faces in person.

A year and a half later, it would happen. Clare boarded a flight at Heathrow Airport. Her aunts had no idea she was on her way to surprise them.

"After 33 hours of traveling, we're finally going to get to meet Dena and Jean!" Clare said in a video at the airport.

A few weeks ago, on a snowy November day, history arrived at Dena's front door.

"What are you doing here?" Dena exclaimed.

"I thought I was seeing things," Jean said. "I'm feeling like it's surreal. Like, it can't be real, but it is real. And it just kind of completes you."

It was a promise to their mother, they fulfilled. For Clare, it was bittersweet. But, she knows her mom and grandmother are at peace.

"I just think it would've changed (Eva's) life. Had she been here," Clare said.

"Jean and I grew up with no grandparents, no cousins, no uncles, no aunts, no, anything like that. It feels really good to know that we have a family. And, I don't know if anybody can understand that except for someone that's been through it. And ... it's just an amazing feeling," Dena said.

It's as if they were always meant to be. 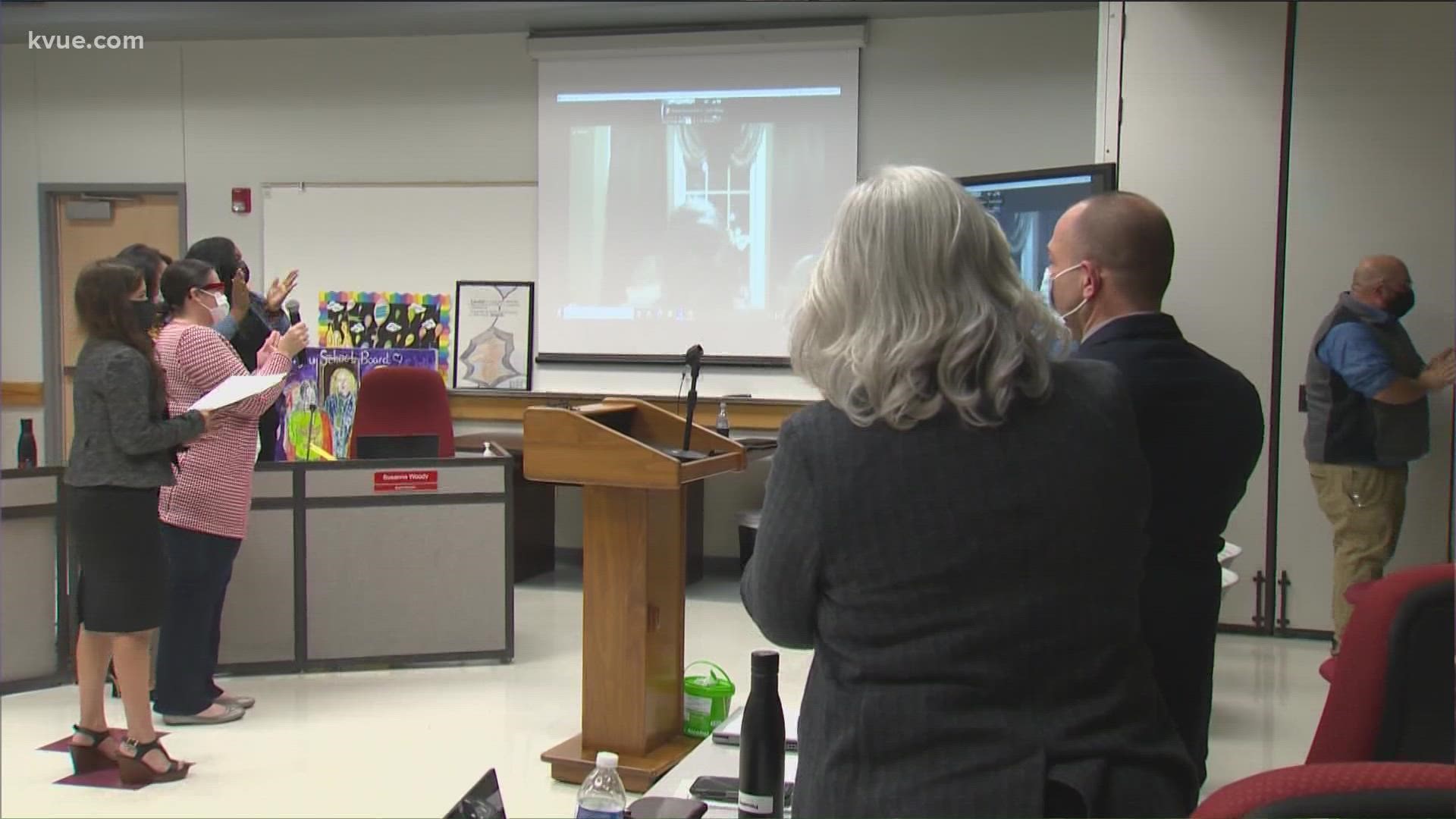