Camp Brave Heart: Place where children learn how to cope with loss 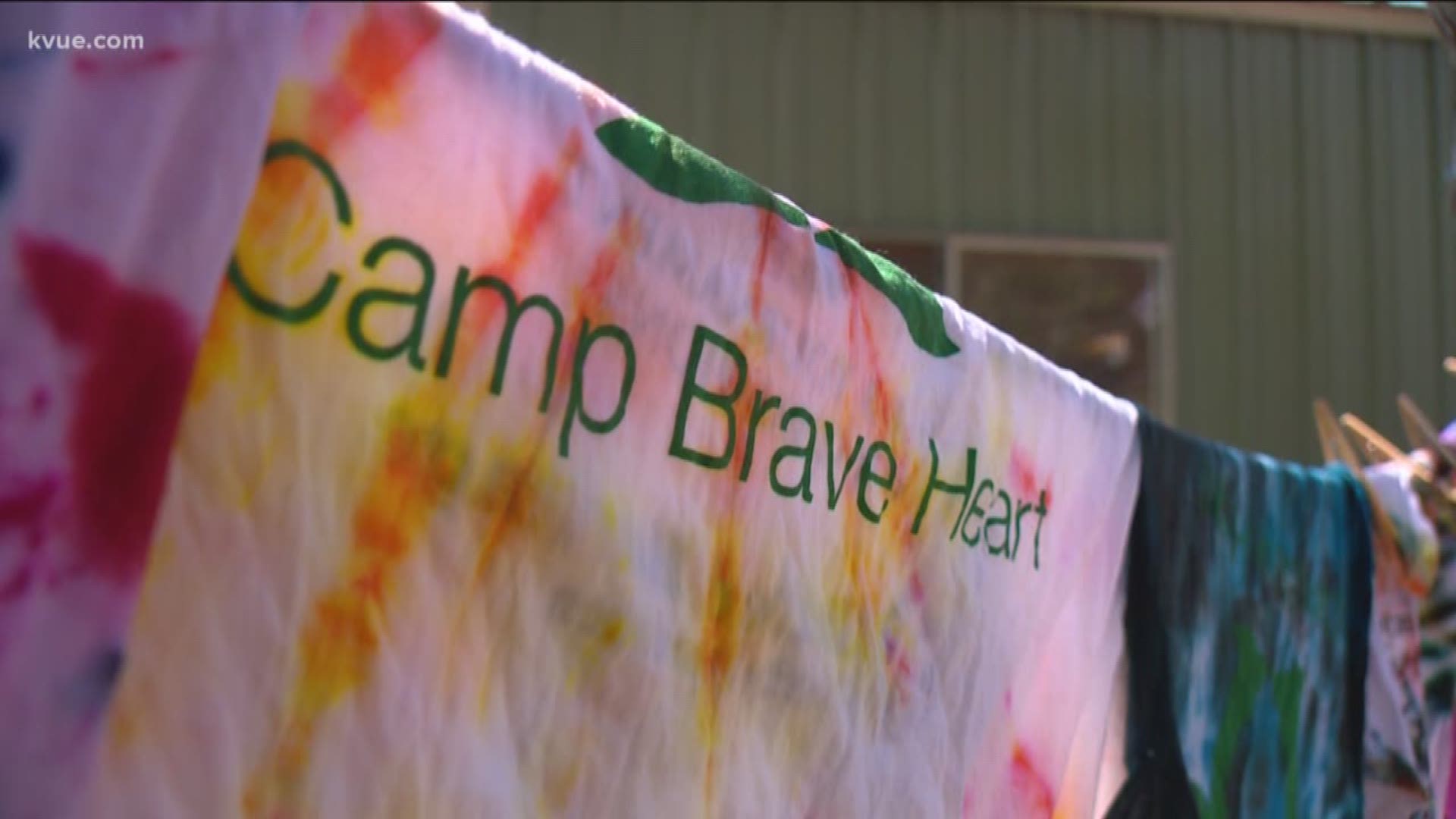 AUSTIN, Texas — Coping with loss is hard. For children, the process is even more difficult.

That's why Hospice Austin hosts a special camp every year in the Hill Country.

KVUE took a drive to Fischer in Comal County.

On a ranch just outside Wimberley, campers were preparing on a rope swing called The Screamer.

"You clip on to a giant rope that is connected to other kids who are pulling you up. They pull you all the way up to the top of the pole and then you let go of the rope and then you fly," she said.

It's a simple activity that taught an important lesson.

"It takes some extra courage, some teamwork, encouragement from your peers, some digging down deep and realizing that you can do this thing that scares you, just like grief," she said.

Being here, at this camp, it's a club no one ever wanted to join.

"My grandmother was an amazing woman ... She was diagnosed with ovarian cancer about a year ago on Halloween and she recently passed away on her birthday," said Karly.

"My father he was an alcoholic and he struggled with depression and anxiety and was bipolar. He committed suicide three years ago," the 13-year-old said.

Camp Brave Heart is for children who have lost important people in their lives. It has helped Karly cope with the loss of two family members.

"I've learned that there are multiple ways of dealing with grief. You can talk about it; you can deal with it through exercise or having fun," she said.

Managing loss is already hard. Add growing up in that mix and the challenge just got even bigger.

"It's very isolating to lose a loved one, especially as a child or teenager, and so it's a way to bring them together in both a fun environment and a place to meet other children and process the loss," said Cochran.

It's 10-year-old Sean Levario's first time here. Besides the brutal heat, the sixth grader is having a good time knowing he shares a bond with every camper here.

"My grandparents signed me up because my mother recently passed and this is supposed to help me," he said.

It's a three-day camp where children learn a few tools to help deal with the pain and the emotions surrounding it.

Even though Camp Brave Heart is free for all children to attend, it still costs Hospice Austin $450 to sponsor each child.