Daybreak Adventures: Learn how to bust a move at Dance With Me studio at The Domain

Watch the KVUE Daybreak team bust a move at the Dance With Me Studio at The Domain in Austin. 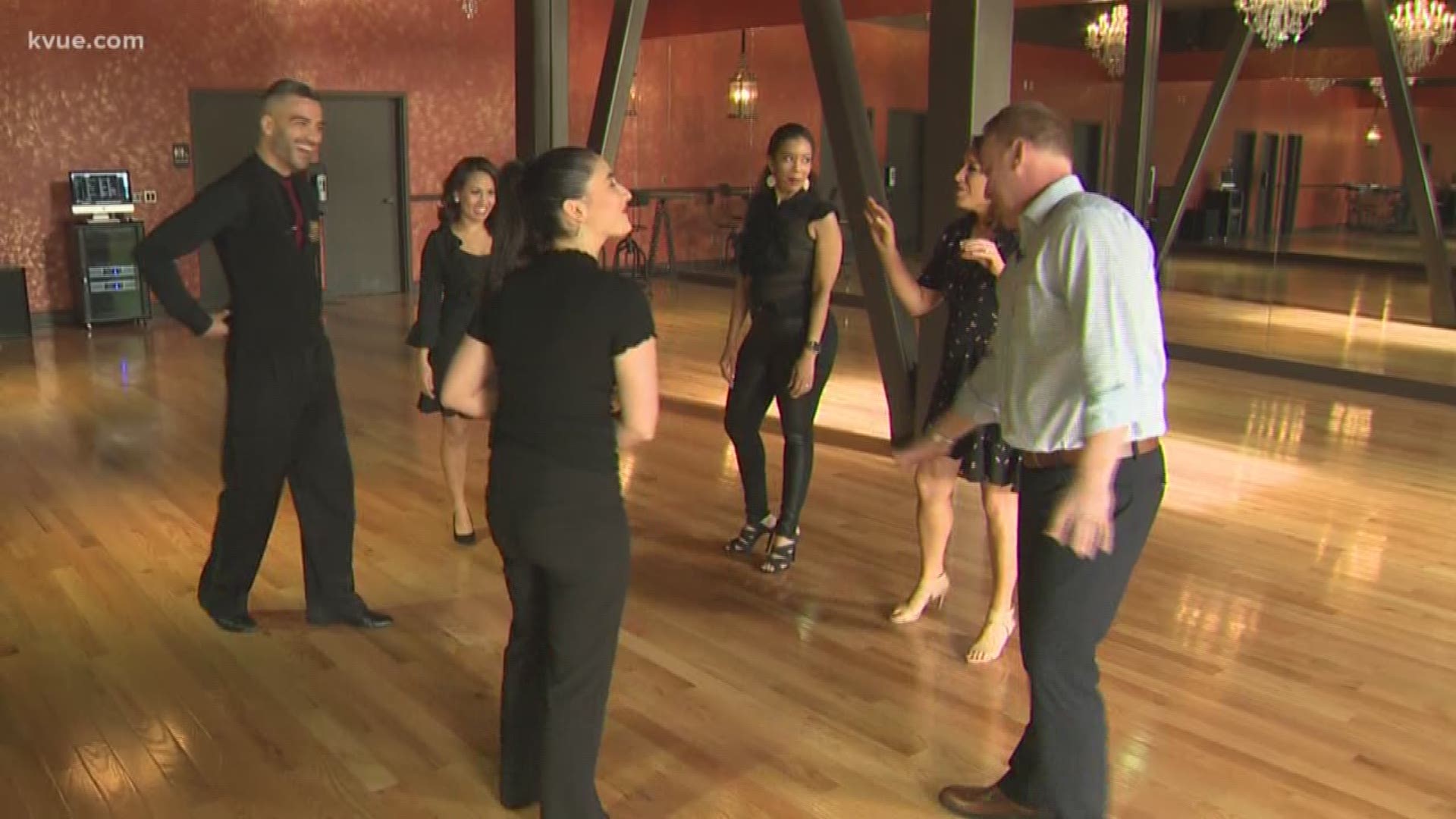 AUSTIN — News life can be tough. Team Daybreak can work crazy hours, and sometimes they just want to let off some steam and shake their groove thing.

So whether you are looking for a new hobby or want to take your skills to the next level, Dance With Me, a dance studio owned by three Dancing with the Stars cast members (brothers Max and Val Chmerkovskiy and Tony Dovalani) at The Domain, is the perfect place to get your sass on, and for the Daybreak squad, it all started with the classic cha-cha.

Then it was time to pick a partner.

"Proud chest, feet together, the ladies will start back with the right," added Fernandes.

Rock step, Chasse, crossover breaks -- there was a lot of dance terminology to remember.

"And this is a very popular step that you've probably seen on Dancing with the Stars; the crossover break is a very expressive step, " said Fernandes.

And when all else failed.

"Imagine that you are trying to kill cockroaches," he joked.

After it was clear Bryan could hold his own, it was time to get funky.

While the ladies changed clothes for hip hop class, Bryan got a jump start on the moves.

With a quick warm-up, the Daybreak team was ready to start learning the combination.

But within a few minutes, it was apparent the student had become the teacher.

"Do y'all want me to teach you the next part. Pay attention class, " joked Bryan Mays.

With hip-hop it's not about looking cute, it's about hitting those moves. It was so much fun, it was hard for the team to stop moving.

You know the saying dance like no one is watching. Well clearly, Team Daybreak agreed.

" Do you feel like we were liberating ourselves? Most definitely -- especially in that hip-hop. I mean your cha-cha was really good, but in the hip hop I feel like we left everything on the floor, " said dance instructor, Adriana Ardilla.