Travis County sees record voter registration, analyst says change is only made at the polls

More than 200 people brought in their voter registration cards on Monday alone to the Travis County tax office. 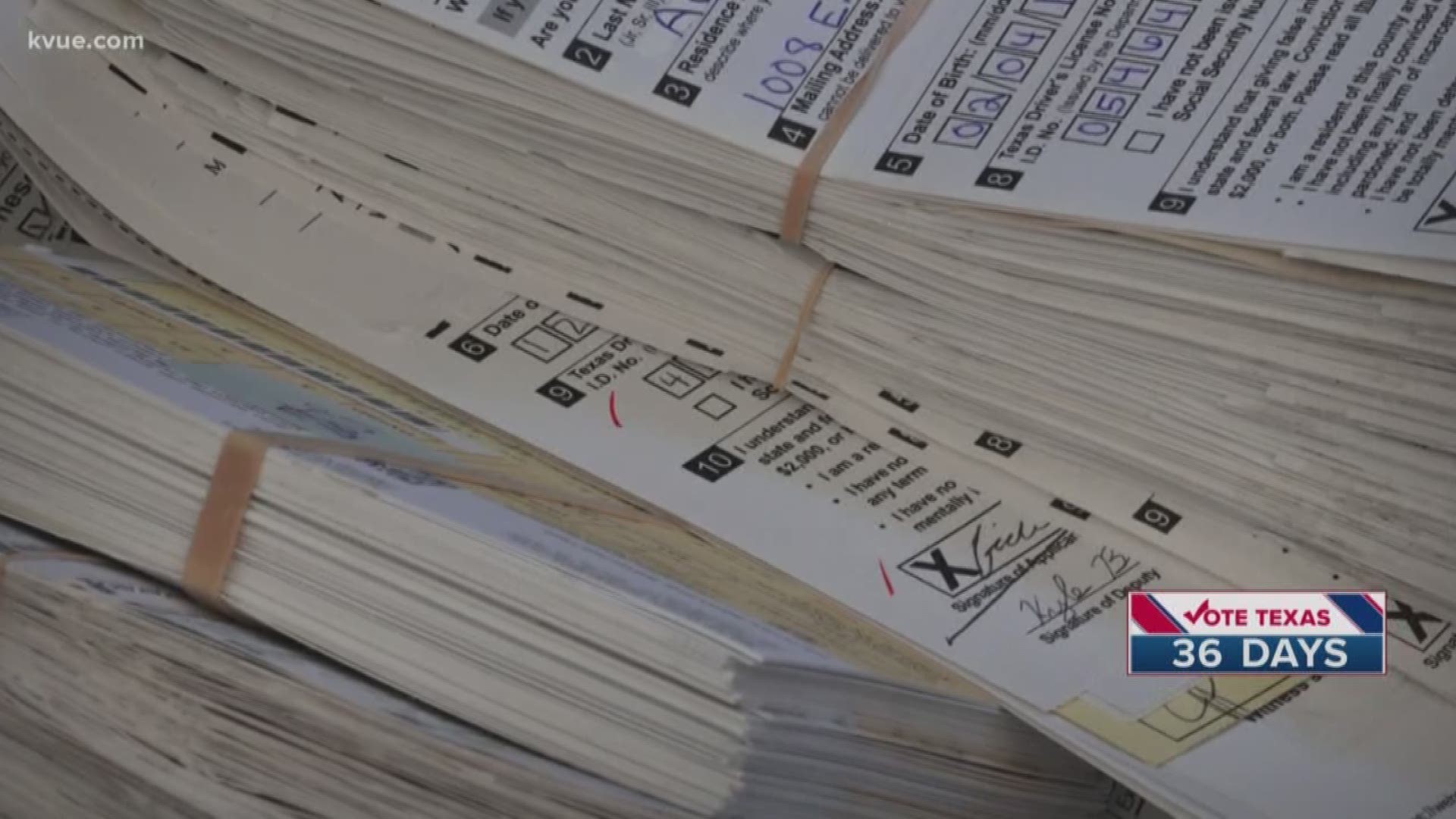 AUSTIN — The countdown to Election Day continues and Texas has already broken records for the high number of voter registrations.

The voter rolls have grown by 1.6 million since the last midterm election in 2014. On Monday alone, more than 200 people brought in their voter registration cards to the Travis County tax office.

Here’s how you can register before Oct. 9 deadline

Your civic duty: Why you should vote in the 2018 elections

Everything you need to know about voting this 2018 election season

One of those newly registered voters on the list says he did it to make up for not voting in past elections.

"I filled out a yellow application and it was pretty simple," said Miguel Zavala, who was registering in Travis County for the first time.

Travis County is seeing an influx in the number of people they are registering to vote.

Zavala is one of the hundreds of people looking to cast their ballots this next midterm election.

"I didn't vote in the previous election, so it's more urgent for me to register now more than ever," Zavala explained. "That's what prompted me to register to vote."

The influx of voter registration cards at Travis County is also coming in through mail.

More than 6,000 mail-in voter registration cards are still waiting to be processed.

They are planning to see potentially another 10,000 pic.twitter.com/v27yDW5aQb

More than 400,000 new Texas voters have registered since March.

"Travis County is seeing a record number of voter registration for this cycle," said Tax Assessor and Collector Bruce Elfant.

Elfant said it's a daily influx in new voters.

"In 2014, about 86 percent of eligible voters in Travis County were registered to vote," he said. "Today, more than 91 percent are registered and we expect to have 93 percent registered by deadline."

Dr. Jim Henson, the political analyst at the University of Texas and director of the Texas Politics Project, said this increase is nothing new.

"To put it in perspective, we should see this increase in voter registration with the increase of population and voting age population," Dr. Henson explained. "Before we congratulate ourselves too much, we need to remember that our voting turnout rates are low, and part of this is making up for lost ground."

Dr. Henson said the biggest change will come if people turn out to the polls.

"Voter turnout in Texas tends to lack than other states, so this gives people hope we might gain some ground this time," he said.

"Every single vote counts, especially when it comes to a slim margin," Zavala said. "You might be the deciding factor if someone gets elected."

The Travis County Tax Office currently has more than 6,000 mail-in cards waiting to be processed, and they are planning to see another 10,000 by voter registration deadline on Tuesday, Oct. 9.