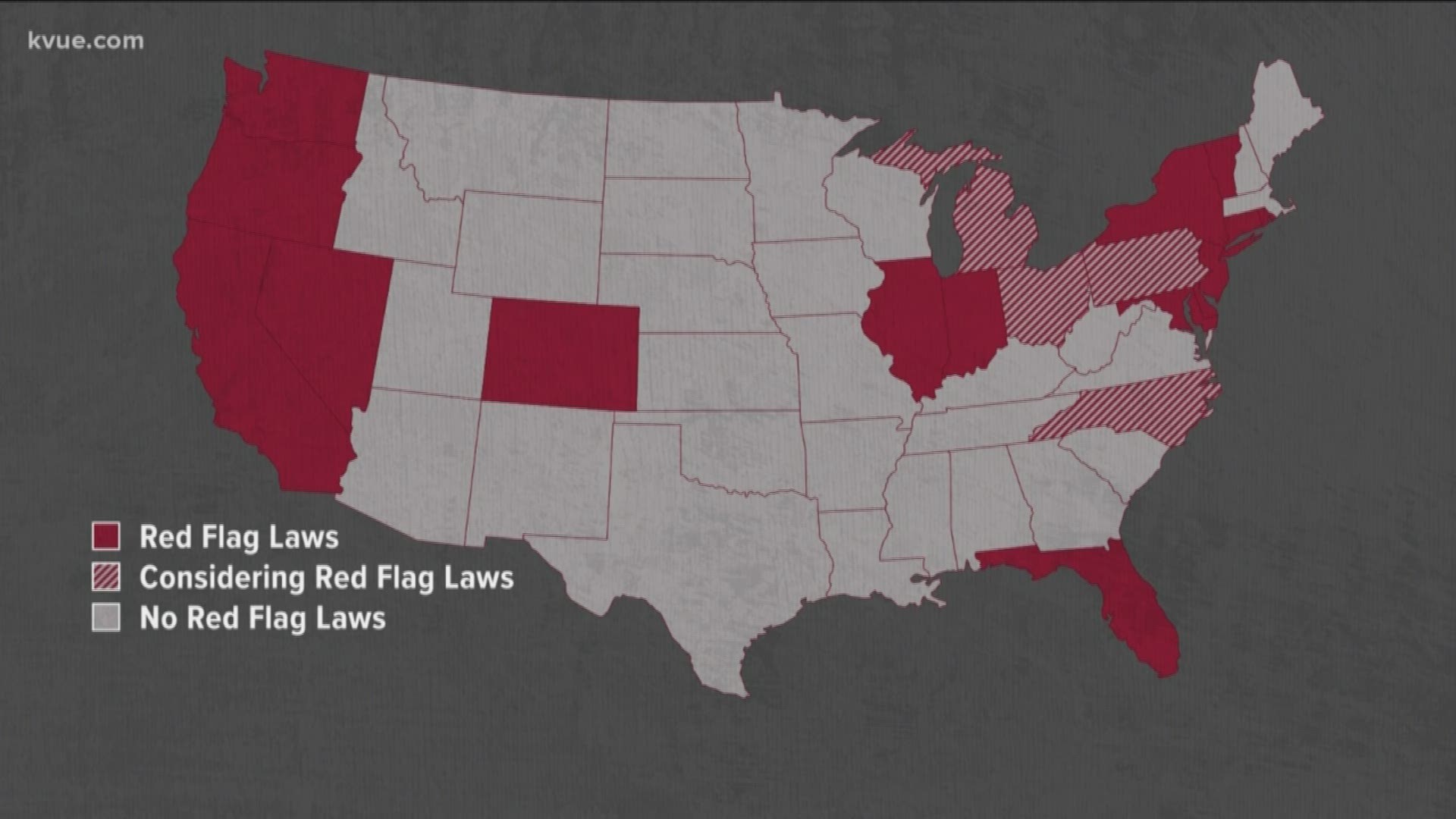 AUSTIN, Texas — Days after mass shootings in El Paso, Texas and Dayton, Ohio, the conversation from our nation's leaders is about solutions.

"We must seek real, bipartisan solutions," said President Donald Trump during a news conference Monday. "We have to do that in a bipartisan manner."

President Trump went on to list what he believes the country must do, including:

"We must make sure that those judged to pose a grave risk to public safety do not have access to firearms and that if they do, those firearms can be taken through rapid due process," President Trump said. "That is why I have called for red flag laws, also known as extreme risk protection orders."

Senator Lindsey Graham (R-South Carolina) and Senator Richard Blumenthal (D-Connecticut) are working on a bill to provide federal grants for states to implement red flag laws, according to a statement from Sen. Graham.

According to the Giffords Law Center, 17 states and the District of Columbia already have extreme risk protection orders. Four other states are considering them – but Texas isn't one of them.

Politics, guns and why passing policy seems hard to do

What are red flag gun laws?

State lawmakers did discuss the idea, at the direction of Governor Greg Abbott, during round tables following the mass shooting at Santa Fe High School.

"My understanding is that it has to do with due process concerns," said Matt Mackowiak, Chairman of the Travis County Republican Party. "I think the question is, you know, what is the threshold for when you can no longer actually exercise a constitutional right."

Several of the Democrats running for president also support red flag laws. You can read the policy ideas from the candidates with plans who have qualified for the third Democratic debate here:

Meanwhile, President Trump is also calling for mass shooters and those who commit hate crimes to face the death penalty. That's already the case for the El Paso shooter.