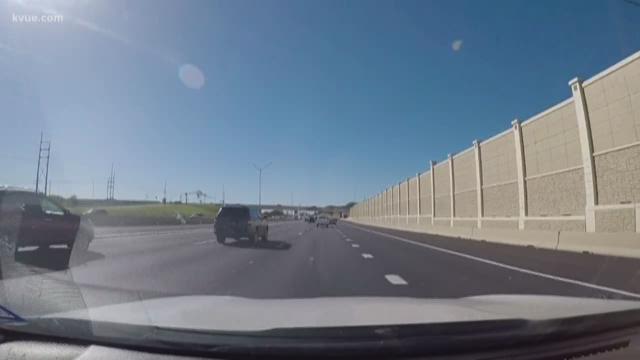 Commuters may have noticed a difference on MoPac Monday.

"This morning was our first real test of how the lane functioned. Overall it appeared to do really great. Definitely was a smooth commute for most people this morning,” said Steve Pustelnyk, the director of community relations for the Central Texas Regional Mobility Authority.

Kandy Glass works just off MoPac, and has already seen a difference.

After a few spikes in tolls in the first few weeks, Pustelnyk said they’re monitoring the tolls, and may potentially tweak the way they’re calculated.

"The northbound lane has been functioning great. We had more traffic actually than we expected. If anything we've been trying to manage the traffic during rush hour to make sure we don't get congestion in the lane, because that's the promise we try to make. We want you to know if you get in the express lane, you're going to move at least 45 miles an hour. That's our goal,” Pustelnyk said.

What you pay is based on speed and the volume of traffic, according to Pustelnyk.

"Ultimately if the demand is there, the price does have to go up to ensure the lane remains free flowing,” Pustelnyk said.

He said the average toll during peak hour was about $4, but one day it even went above $8.

That’s a price he said even they were surprised to see.

"There are going to be instances where the toll rate will become a little high for most people. We have to do that -- to keep the lane free-flowing, but the vast majority of the time, the toll rates have been reasonable and fair, and very reasonable for someone who's only using it occasionally,” Pustelnyk said.

They're now looking at the algorithm, monitoring how quickly the toll amount goes up and comes down.

"There's isn't an awful lot that can be tweaked. We're certainly looking at how quickly the toll goes up, and how quickly it comes down, and what those peaks are, and how long we're at those peak prices,” Pustelnyk said.

But for some, such as Glass, that price may not matter.

"I had 15 minutes to get to Wells Branch and it was 5 o'clock,” Glass said. "No one was on the lane. I hopped on the lane. I was moving fast. The traffic next to me was stop and go, I made it to my destination in 15 minutes."

When she took the northbound toll lane, she said cost wasn't even a factor.

"It was a time factor for me, because you know, I think for people who have lived here, and people who are new to here, the traffic is a huge problem,” Glass said.

For her, time is money.

As of now, officials aren't considering a cap on toll rate.

"If you put a cap in place, than you get congestion,” Pustelnyk said.

Pustelnyk said the higher traffic in the lane could be people just wanting to try it out.

Now, he wants to remind drivers of the purpose.

"It's really there for that day you're in a hurry, you can't afford to be late, and you have to be somewhere. If everybody tries to use it every day, that means it doesn't benefit everybody and it gets really expensive,” Pustelnyk said. "Only use the lane on the day you really need to, so that everybody has the chance to use it."

He suggests taking the bus or carpooling.

"With the pricing the way it is, if you can adjust your travel times, you can save a lot of money. So leave a little earlier, leave a little later, hit the edges of peak hour, and the rate can be extremely affordable,” Pustelnyk said.

Pustelnyk said Monday is a lighter traffic day, so they'll continue to monitor the tolls the rest of the week.